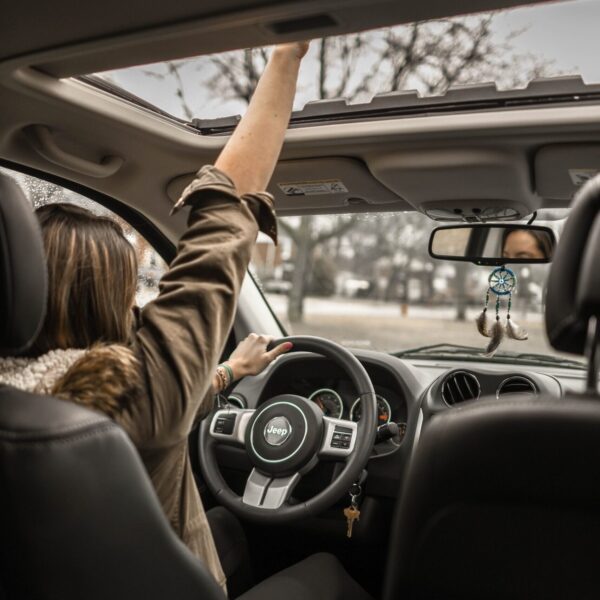 The first time I drove a car with an advanced driver assistance system, I was humbled. It was a Volvo and I was test driving it in horrendous traffic in the San Francisco Bay Area. I turned on “adaptive cruise control,” which keeps the car moving at a set speed while braking to prevent collisions. I also used “lane keep,” where the car actually steers itself to stay in the lane.

The traffic was stop-and-go but I didn’t care because the car was handling it well—until traffic suddenly started moving, that is. My car sped up, trying to find the speed I’d set, at the very moment someone cut me off. My driver’s reflexes kicked in and I hit the brakes. But by the time I did, the Volvo had already braked, adjusted speed, and was over it and moving on.

I’m a good driver, but it was better. That was when I realized how much safer the roads would be if everyone was using this kind of technology.

I’m not alone in thinking that. This week, the National Highway Traffic Safety Administration launched a campaign to educate drivers on safety features in new cars. “Understanding what advanced driver assistance technologies can and cannot do for the driver is critical to everyone’s safety,” said Dr. Steven Cliff, the National Highway Traffic Safety Administration’s Acting Administrator, in the announcement.

In particular, the NHTSA wants you to consider four technologies that could prevent your next car crash when you shop for your next car: rear automatic braking, blind-spot intervention, lane-keeping assistance, and automatic high beams—especially if you plan to let your teen drive your vehicle. Teens have very little experience driving and are ten times more likely to be in a fatal crash than an adult. Car crashes are, still, the number one cause of death among teenagers. And these features prevent exactly the sort of accidents that are caused by human error.

To help you quickly understand these new technologies, and why you want them, the NHTSA partnered with car influencer Jason Fenske. His YouTube Channel Engineering Explained educates consumers about cars. He created a short video (below) that quickly explains these four technologies.

After the video, read on, because I rounded up some after-market accessories that will upgrade the safety of the car you have, so you can be safe until you’re ready to buy a new one.

Beyond the four technologies that the NHTSA is promoting, there are many you might like because they make driving fun, convenient, and safer. Some new cars have a teen-driver mode, for example, that notifies you if your teen drives too fast, brakes too hard, or leaves an area you designate. Newer cars connect to your phone, so you can drive and talk hands-free or while listening to Spotify playlist through the car’s stereo. Upscale cars have camera systems that let see a 360-degree view of the car’s exterior, right from the dash or see clearly what’s happening behind you. And more and more, cars are coming with tracking systems that alert someone—including an emergency response team—if you are in a crash, locate the car if it goes missing, and see if it needs gas or oil—right from your phone.

You don’t always have to buy a new car to get these features. If you like the car you have, it’s much cheaper, and often quite easy, to add after-market accessories that do these things. 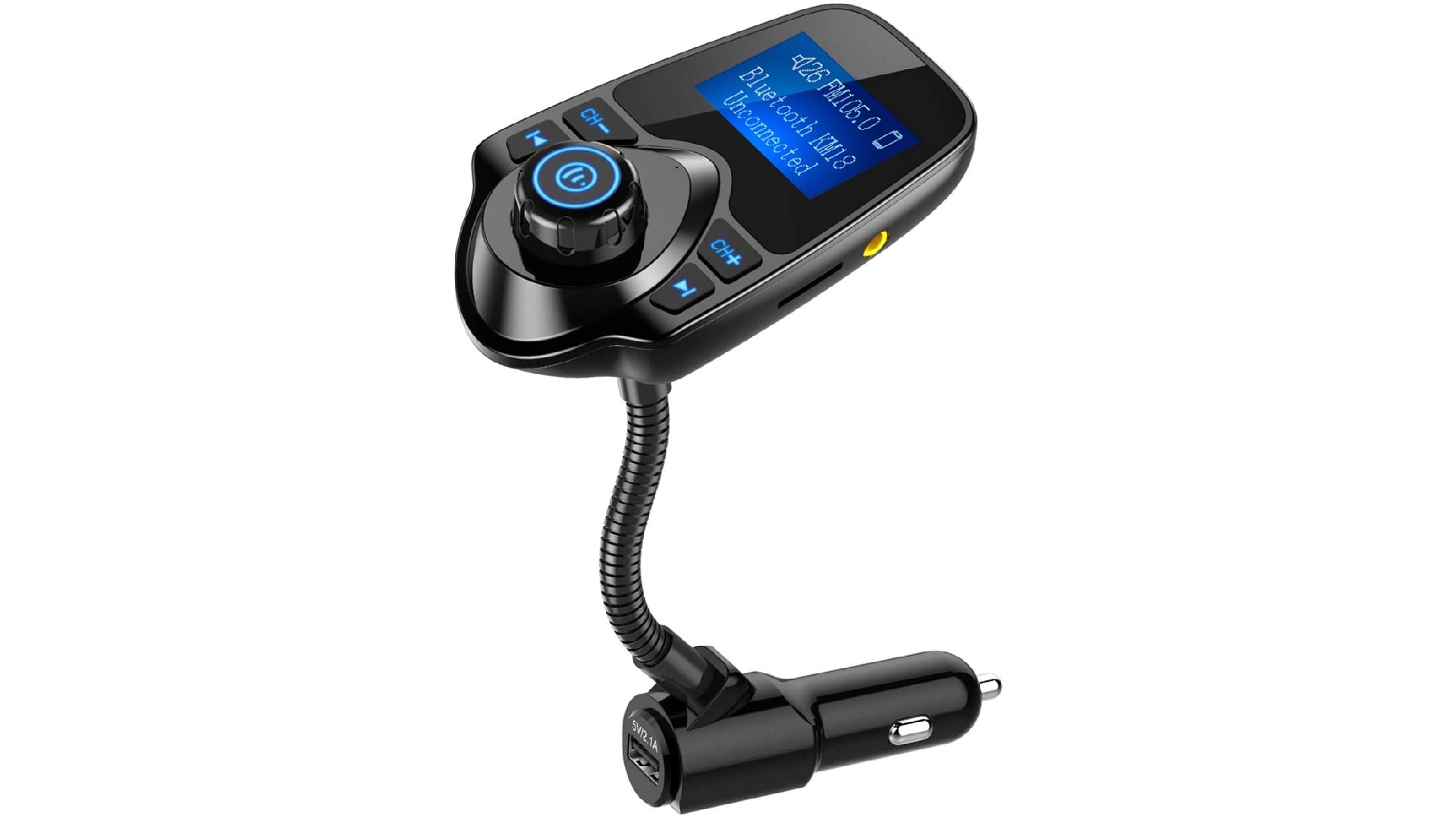 Talking on the phone, looking at your phone, tapping the screen to make a phone call, or trying to use your phone for all the things it’s good at while driving is super dangerous. That’s why many new cars make it simple and easy to connect your phone to the car so you can talk through the stereo system and listen—through the car—to the music on your phone. You don’t have to buy a new car to add this feature. This simple Bluetooth connector from Nulaxy connects your phone to your car’s stereo and lets you do most of that, pretty seamlessly. It’s simple to set up, thousands of Amazon reviewers love the thing, and it lets you talk on the phone safely—or listen to Spotify or whatever you use through your car stereo—while you drive. 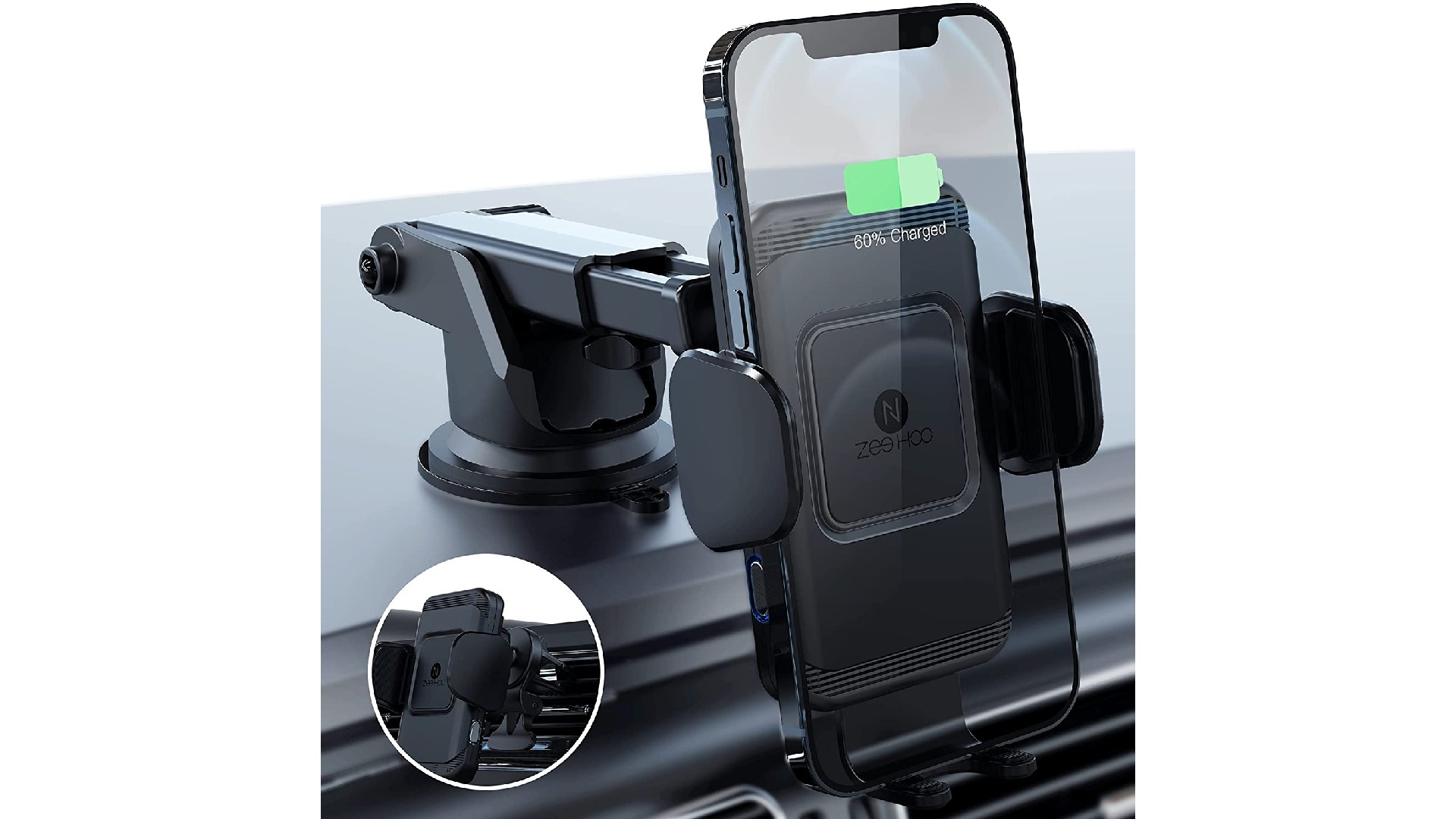 A Phone Mount that Wirelessly Charges Your Phone

Your phone is a terrific safety device, as long as you use it hands-free with a mount that puts the screen within an easy glance. You can use it to navigate—asking for directions through Siri or Google—or to call for help. And there are apps that will alert people in your safety net if you have been in a crash. When teenagers are learning to drive, they should probably put the phone in the glove compartment until they learn to ignore it. But, otherwise, put it in a good phone mount so that a glance at it doesn’t take your eyes off the road. This one from ZeeHoo clamps to the dash and charges your phone, wirelessly, while it’s in the mount. A dead phone won’t bring help or help you navigate so keep that thing charged! 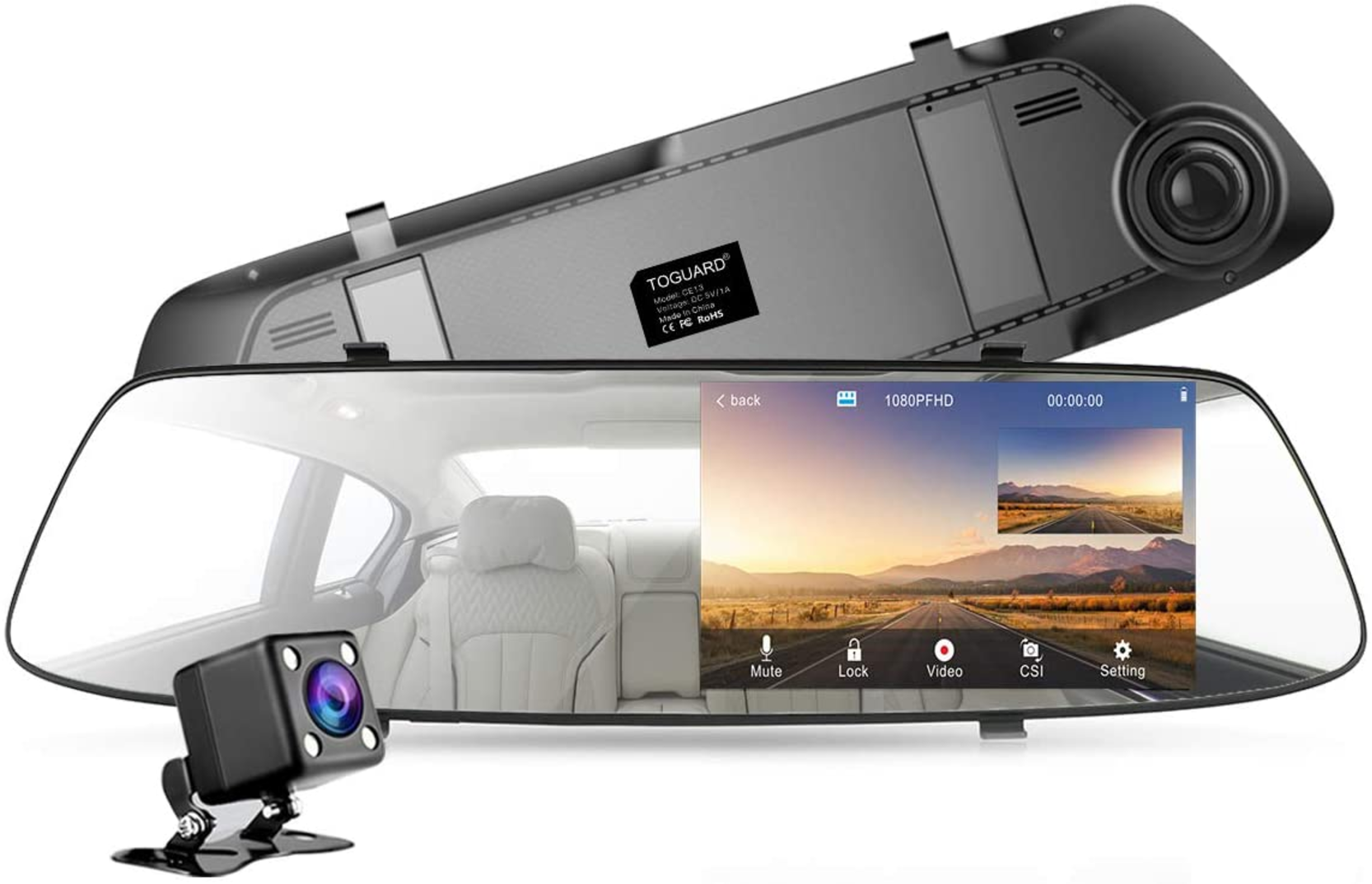 Being able to see clearly and completely behind the car when you back up not only prevents you from running over small things behind the car, it makes parking a lot easier. The NHTSA thinks these are such an important safety device, it made them mandatory in light vehicles built after 2018. If your car is older than that or is a truck, though, if might not have one. You can easily add this one that displays what’s behind you and records what’s happening in front of you at the same time. (If you are in an accident or something terrible happens in front of you, a recording can be good to have.) It fits right over your current rear-view mirror and a tiny camera mounts in the rear of your car. It’s even affordable. 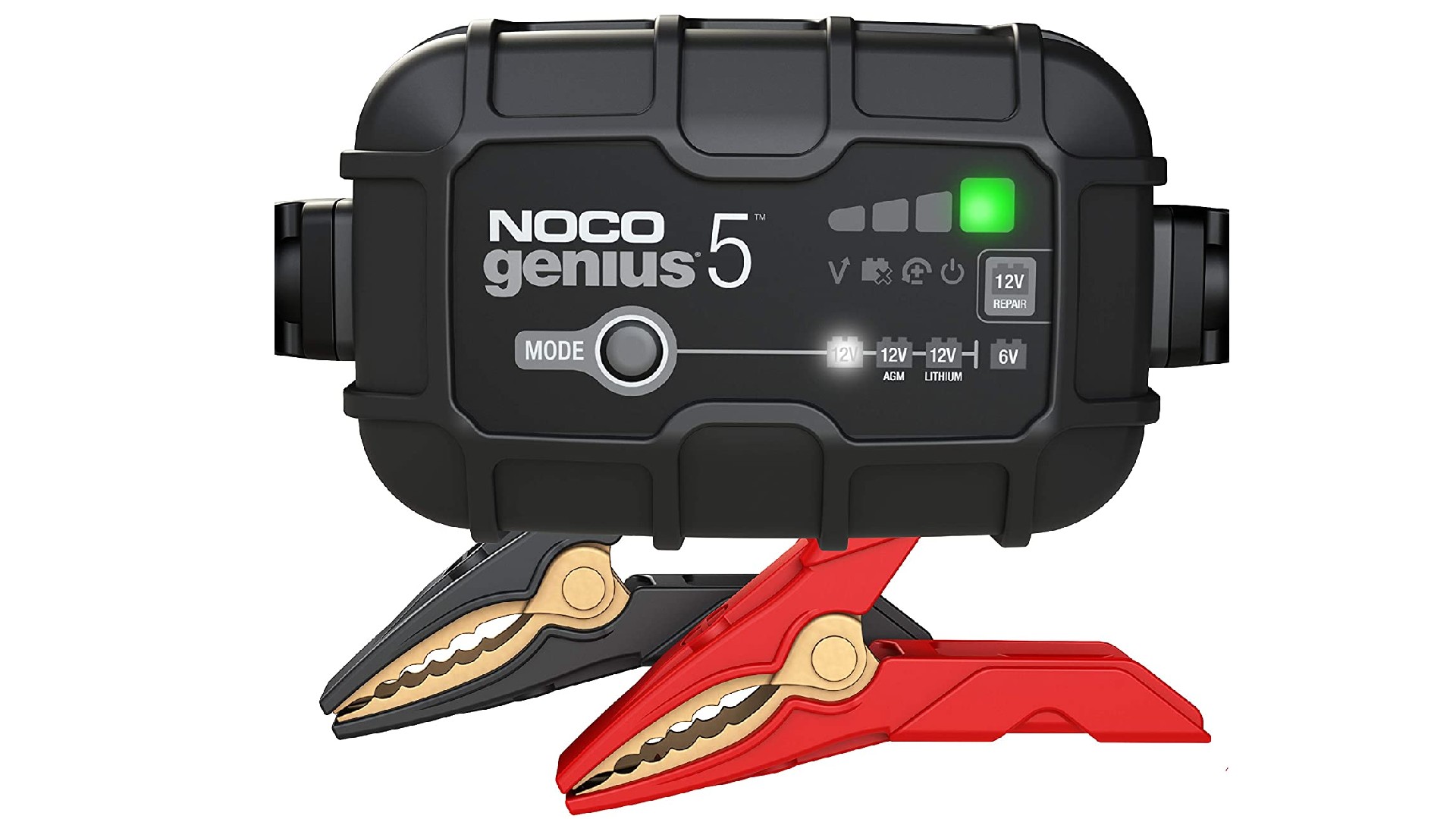 All you have to do, on a road trip, to put yourself in peril, is leave the lights on in the car and kill the battery. That can put you in a scary, dangerous, even life-threatening situation where you are forced to beg strangers for a jump start or wait for a tow truck in the middle of nowhere. Or it can be a brief blip in your day where you pull this battery jump-start kit out, start the car—no matter how dead the battery—and be on your way. My daughter was able to jump her dead car with one of these when her creepy neighbor’s car couldn’t, which got her right out of a sketchy situation. If you don’t have one of these in your own car and the one your teen is driving, fix that right away. 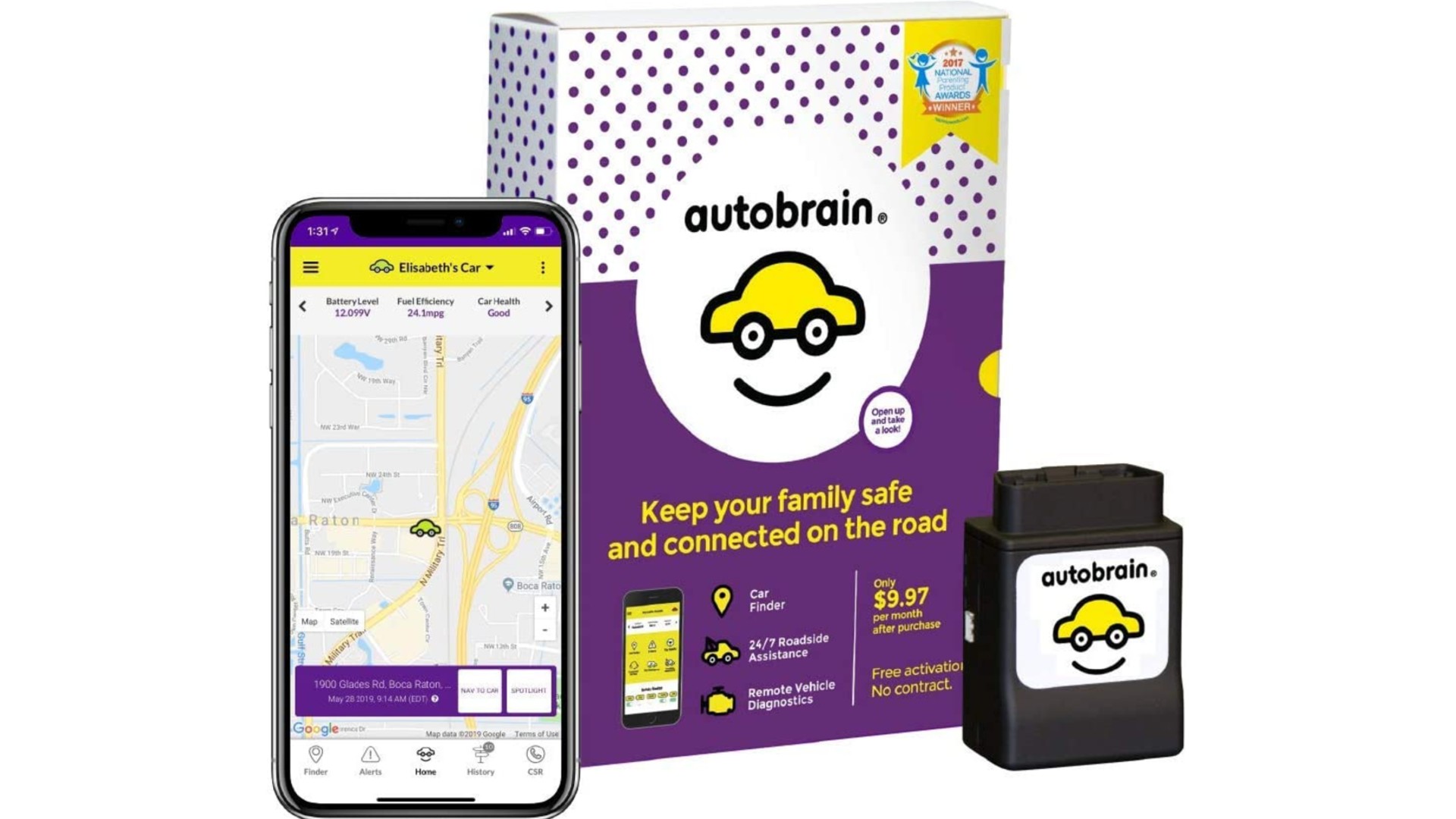 Plug this handy dongle into the OBD port inside your vehicle (here’s an online tool to help you locate yours), connect it to your phone, and you can get real-time reports on the car’s health and whereabouts and receive alerts via text if the car is going too fast, is low on gas, or leaves an area that you designated. Being a teenager, especially one with a car, means being subjected to constant peer pressure. This kind of parental insight into what’s happening while your teen is driving can help mitigate that because you will know, in seconds, if the rules get broken, which is a serious disincentive to breaking the rules. Autobrain also knows if there is a crash and calls for roadside assistance. 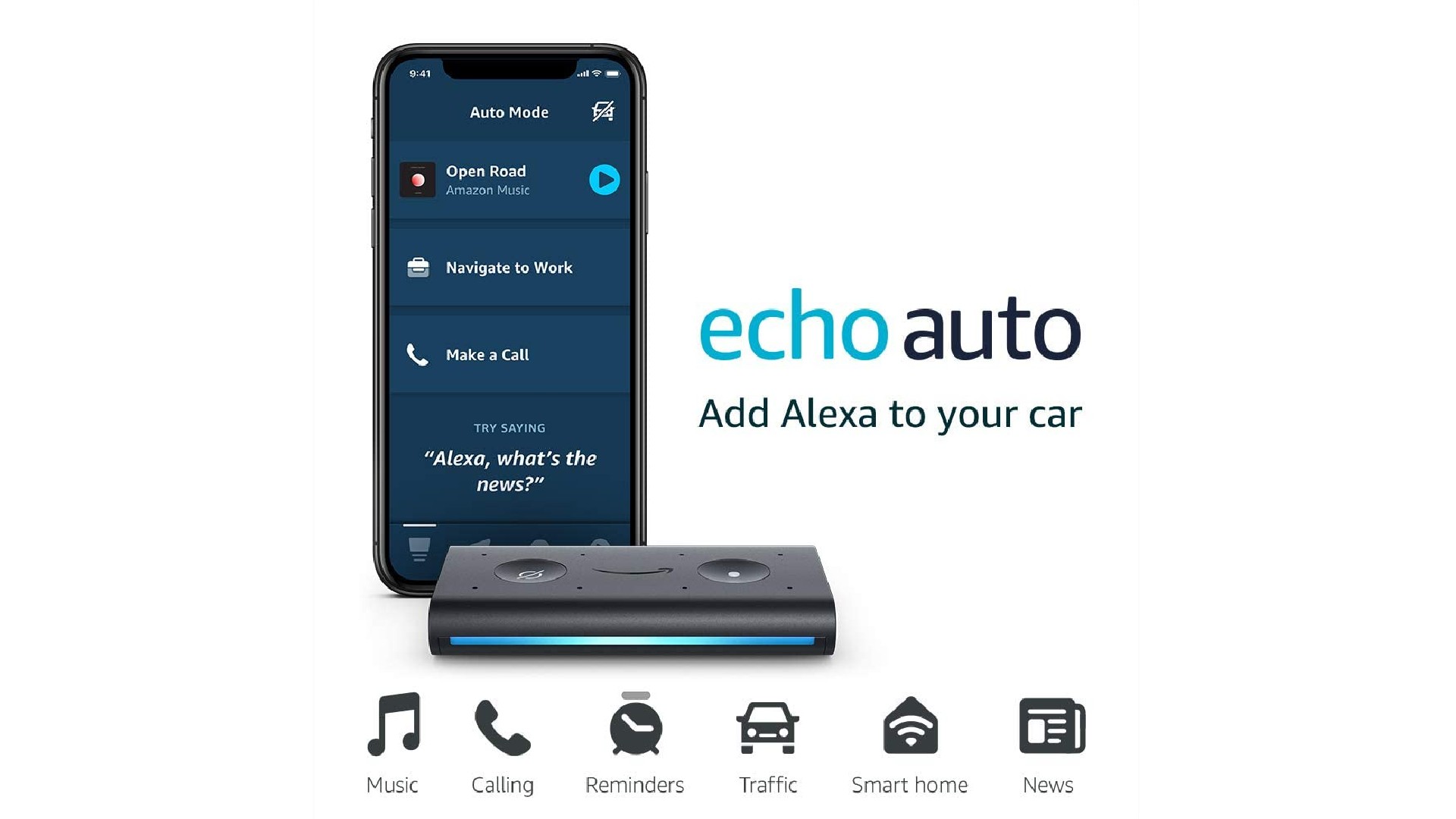 An AI for Hands-Free Everything From Behind the Wheel

Maybe you are considering a new car because you want a heads-up display that connects to your phone? You can skip right over that technology, though, and go right to a future that has in-car voice control. Install this slender Amazon Echo Auto and ask her to play music, navigate, put things on your shopping list, play the news or an audiobook, place calls, and answer every question that pops into your head as you fly down the interstate. Your car will be super high-tech in ten minutes and it costs less than dinner out. 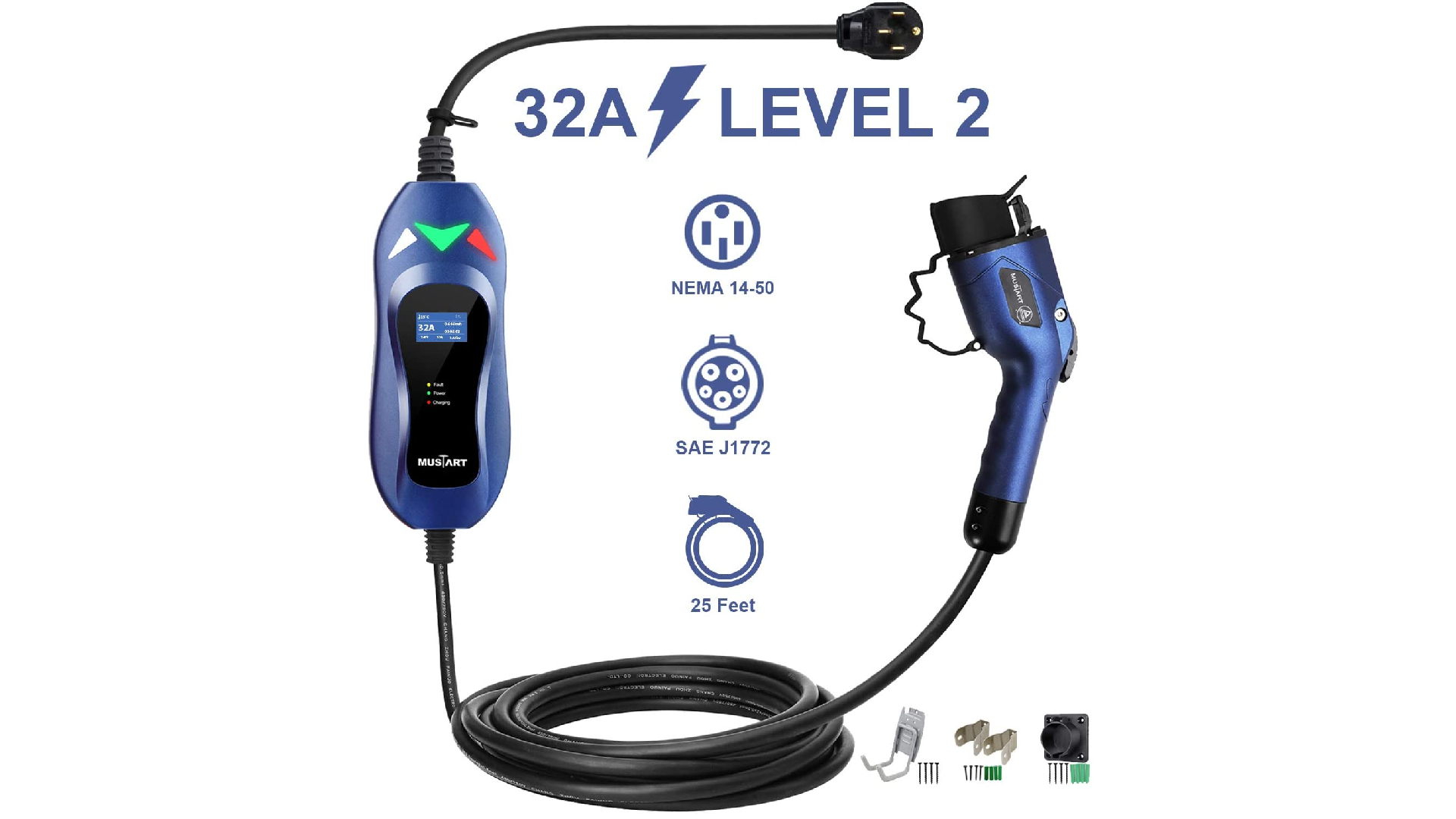 This EV Charger for Your Car

If your car is electric, and you are worried you won’t make it all the way to or back from where you are going, don’t leave your fate to prayer and hope. In case there is no charging station along your route, pack this charger that you can plug into any outlet to rapidly charge your car. It works with all plug-in EV’s and takes the danger out of your road trips.