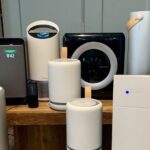 Thousands of people have asked me about portable air purifier recommendations in the past few weeks, but the most urgent inquiry came from one of my own lifelong friends, 49-year old Patrick Bryson. Bryson and his family live in Portland, Oregon, where nearby wildfires created some of the worst air quality in the world. The smoke triggered his allergies and caused his teenage daughter to break out in hives. He had five high-end Molekule air purifiers loaded into a virtual shopping cart, but before he spent thousands of dollars on devices with a couple notably poor reviews online, he wanted my advice. “I really like the two models I’ve reviewed,” I texted back right away. “They’re so much ... END_OF_DOCUMENT_TOKEN_TO_BE_REPLACED 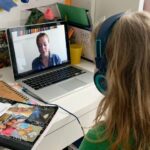 Laptops are the new T.P. shortage, everyone’s stocking up as supply chain issues and trade tariffs add to months-long delays in meeting meteoric demand due to the pandemic.  My mantra here is GO CHROME AT HOME. You can still find some fabulous Chromebooks that can do everything most students — especially K-8 need —  for a fraction of the cost.  But not all lower-priced Chromebook models are the same — and there’s some buyer-beware advice especially this Holiday weekend.  There are very few in-stock at most big box stores — and the ones you'll see discounted at prices less than $200 — might not last through the end of this year, let alone through the school year.  Go for names you ... END_OF_DOCUMENT_TOKEN_TO_BE_REPLACED 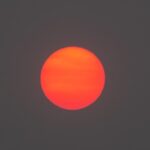 Fires in California. Unsurvivable hurricane storm surge in Louisiana. Flooding. Tornadoes. The worst hurricane – and worst hurricane season – the U.S. has ever seen. Oh, and there’s also a pandemic in full swing. If you don’t have an emergency plan to help you survive a disaster, you need to look to that STAT. The emergencies are coming faster than the news can hype them. Is this an apocalypse? Global warming? Retribution from the gods? Whatever reasoning you subscribe to, it’s time to gear up. The right gear can make the difference between having water and not, getting rescued and being stranded, knowing what’s coming and being caught unawares. And once the disaster is upon you, it’s ... END_OF_DOCUMENT_TOKEN_TO_BE_REPLACED 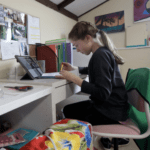 In the 1980s and 1990s entire industries went digital when computers hit the scene. People stopped using typewriters, light boards, and pencils and started sitting at computers. It was amazing. And, we all soon learned, it had a dark side: Huge numbers of people – me included – developed crippling injuries from what all now know were computer-related repetitive strain. It took years of lawsuits, permanent injury, research, and suffering before we learned that these injuries, tragedies really, could have been easily prevented. This year, an entire generation of children are making the shift from going to school – full of varied kinetic motion – to remote learning at home – rife with the ... END_OF_DOCUMENT_TOKEN_TO_BE_REPLACED 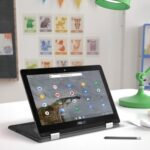 Whether your child’s just starting kindergarten or going back to college — at home — we’re all trying to figure out this unwieldy mess that is the new school year right now. Sure, most school districts will furnish laptops and Wi-Fi hot spots to students to help bridge the digital divide — but many schools still expect families to have their own devices, plus access to the Internet. They also expect parents to navigate the whole online world and become overnight IT pros to manage it all too. I know, it's overwhelming. As a mom and tenured tech-life journalist, I've gone hands-on with hundreds of gadgets and tools these past few months. My main goal? Help ease the stress of being ... END_OF_DOCUMENT_TOKEN_TO_BE_REPLACED 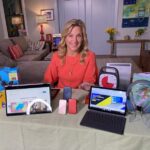 Leave it to a pandemic to upend yet another American tradition: Back-to-school shopping. Oh, it’s still happening. It just looks different than say — every mad-dash parent scramble for school supplies over the last century. It comes with a higher price tag and critical shortages too.  With so many students starting this new school year at home, the National Retail Federation (NRF) says spending could top 100-billion dollars. That number breaks all kinds of records as parents and college students ditch the No. 2 pencils and trips to Forever 21 for more pricey supplies like laptops and desks.  On top of it all, there’s a laptop shortage, as supply chain issues and trade tariffs on China ... END_OF_DOCUMENT_TOKEN_TO_BE_REPLACED 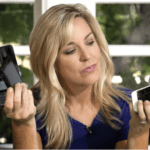 By Jennifer Jolly and Christina X. Wood Remember when your cellphone was brand new and you wanted to show it to everyone? That was a good day! Exciting! Thrilling! And now, however long later this is, you are hankering for an upgrade. The new phones do all sorts of amazing things yours can’t. They charge wirelessly, fold in half, sport super-fast processors, can survive a dunking, and have a camera that’s to die for. Resisting the urge to upgrade our phones is – for many a human living in the year 2020 – a near-constant battle with lust-worthy temptation. Or, as I like to think of it, the never-ending struggle to “keep up with the phone-ses.” Smartphones are now stupidly central to our ... END_OF_DOCUMENT_TOKEN_TO_BE_REPLACED 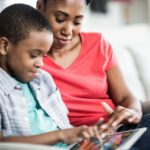 With so many schools — across all grade-levels — planning to start the new academic year with distance learning, parents everywhere are scrambling for resources. It doesn't matter really whether your child’s just starting kindergarten or going back to college — at home — we’re all trying to figure out this unwieldy mess that is school right now. The good news? There’s an abundance of free — or low cost - online resource to ease feeling so stressed-out and overwhelmed. Here are several links, and we'll keep adding them here too! WideOpenSchool.org A great place to start is with WideOpenSchool-dot-org. It’s a fairly new resource out of Bay Area based Common-Sense Media that features a ... END_OF_DOCUMENT_TOKEN_TO_BE_REPLACED 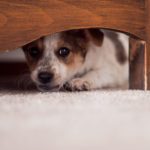 It was one of my darkest days. My beloved Malamute, Nik, was old. She had no patience for the outing on my agenda, preferring the shade of her favorite tree. So, I left her in the yard with plenty of water, snacks, and toys. It was early summer and the day was cool. By the time I got home, though, she was unresponsive. Heatstroke. I rushed her to the vet, where she spent several hours on an IV and languishing in an ice bath. She recovered. But I could have lost her. And the emergency bill was huge. “Dogs are not people,” says Paul Brazzell, veterinary consultant, and JustAnswer pet expert. “They function very differently. Heatstroke is at the top of my list of summer pet hazards.” But his ... END_OF_DOCUMENT_TOKEN_TO_BE_REPLACED 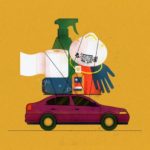 After four months of staring at the same four walls — walls you have scrubbed, painted, and the kids are climbing — literally(!) — you’re ready for a change of scenery. You and everyone else too. Arrivalist’s Daily Travel Index shows nearly 40-million Americans plan to hit the road this Fourth of July weekend. Even though air travel is on a steady climb back up in recent weeks, MMGY Global’s Travel Safety Barometer also predicts road trips and RV travel to National Parks and “less crowded destinations” will dominate summer, while AAA shows Independence Day as the biggest road trip event of 2020 so far. If you’re feeling the need to be anywhere but home this summer — remember we’re ... END_OF_DOCUMENT_TOKEN_TO_BE_REPLACED 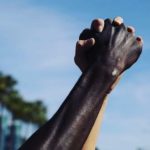 By Christina X. Wood We are all angry, furious really, about the injustice, the lies, the intimidation, and the brutality we see unfolding in the news and in our social media feeds daily. In the wake of the George Floyd murders, our collective fury erupted into the streets. And when we got there, it was dangerous. My daughter (21) went to a protest and, while trying to be an ally to a black man there who was being threatened by an armed police officer, was thrown against a wall, threatened, and “gassed.” (According to news reports, this was inert gas.) She wasn’t hurt. The black man, though, was arrested at gunpoint. “He was saying the same things as me. ... END_OF_DOCUMENT_TOKEN_TO_BE_REPLACED 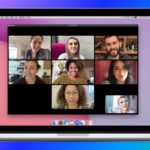 https://www.youtube.com/watch?v=sHCq0QyKP6o Video calls are an absolute lifeline for most of us stuck at home in social-distancing limbo right now. Instead of heading out the door to work or school, even the most non-tech-savvy among us are firing-up chat apps like Zoom, Hangouts, and Skype on computers and mobile devices. We’re using them for everything from collaborating with colleagues and connecting with classmates to celebrating birthdays, baby showers, and even weddings.  Which is great, until it’s not.  The FBI is warning people about trolls hijacking public video teleconferences in progress – mainly classes, church services, town ... END_OF_DOCUMENT_TOKEN_TO_BE_REPLACED 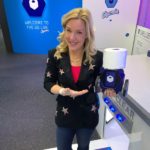 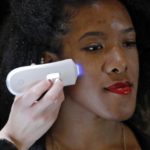 https://www.youtube.com/watch?v=E_7WXHJE8qM https://youtu.be/xtrW2H-_MzQ P & G OPTE DEVICE This is quite possibly the coolest beauty gadget I’ve ever seen. It’s P&G Ventures Opte device. It’s like an inkjet makeup printer for your skin. It uses a tiny HD camera with blue LED lights to help it hunt down tiny dark spots that your human eye might miss. Once it finds a blemish, scar, whatever you want to cover, the Opte uses 120 thermal inkjet nozzles to dispense a precise amount of tinted serum with mineral pigments — to instantly camouflage imperfections. The idea is that instead of smearing makeup all over your face, you’re using next-gen technology to put a precise, ... END_OF_DOCUMENT_TOKEN_TO_BE_REPLACED 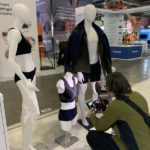 *This story originally aired/ran in USA Today 01/07/2020* https://www.youtube.com/watch?v=HiPiM_sqtfY In the age of oversharing, the last thing I want is a smart, connected sensor on my skivvies. I mean, I’m already worried about my smart home speakers, connected TV and mobile devices eavesdropping on my every word. Can’t my privates be the one thing I keep ... private? Not if Myant’s new Skiin wearables take off. The high-tech textile company is showing off a new line of connected apparel – underwear, bras, shirts and sleep masks – at CES this week in Las Vegas. Company president and founder Tony Chahine gave us an exclusive look ahead of the show. “The whole point is that tech should ... END_OF_DOCUMENT_TOKEN_TO_BE_REPLACED 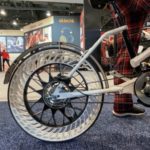 Back here on day two, yes, I've seen 8K TV’s in every shape and size and yes, they are amazing. But unless you're a bazillionaire, you won't buy one this year.  Or next. Or maybe even the next year after that. They cost an insane amount of money and there's no real content for them yet. Let's talk about what you will buy. There are smarter home-everything's, a huge run on new wellness gadgets, and new tech fixing old problems. Jetson's Level Laundry Day: Let’s start with a good ole’ washer and dryer reimagined for a Jetson’s level laundry day: LG’s TurboWash 360ºFront-Load Washer/Dryer Pair with its ThinQ AI Platform — using artificial intelligence to detect fabric types in each ... END_OF_DOCUMENT_TOKEN_TO_BE_REPLACED