Is your Dad still carrying around a flip-phone, rocking an old point-and-shoot, and asking you how to Twitter? While he might seem stuck in his ways with gadgets of days gone by, tech adoption is actually skyrocketing among older adults, according to a new survey by the Pew Research Center.

Some 42% of seniors now report owning smartphones, up from just 18% in three years ago. Nearly 70% now use the Internet – a 55-percentage-point increase in just under two decades.

Father’s Day (June 18) could be a good excuse to replace some of dear old dads’ outdated tech with simple, low-cost, next-gen replacements … to help ease him into modern life with confidence. 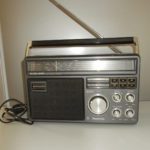 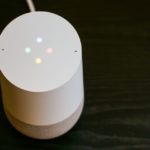 This particular voice-activated smart assistant can tell his voice from anyone else’s and it “gets” the way he speaks. He still play the radio, listen to music, and ask it for just about anything, including a sports score, the weather, a joke — or even about Twitter. 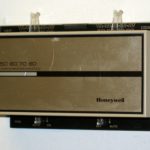 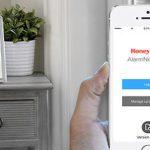 Replace his old/dumb thermostat: smart thermostat: Honeywell Lyric T5 Wi-Fi thermostat ($149): Now, for an even smarter home: Replace that old thermostat he installed when you were 10: with the Honeywell Lyric T5 Wi-Fi thermostat. It’s crazy-easy to install, set-up and use and way less expensive than other models with similar features. Connect it to an app on his phone — cause yes — he has a smartphone now — and wa-la – geo-fencing means it knows when he’s getting close – and ensures that his house is always the perfect temperature when he’s in it and saving him money while he’s away. 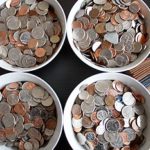 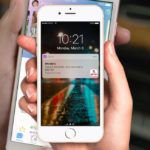 Replace all those jars of change he has lying around: Dosh App (free)

Speaking of saving money … out with all these old jars of change … in with the Dosh app. Put this just-released app on his phone. Connect a bank or credit card, then he shops and travels like normal and cha-ching – it racks up cash along the way! Seriously, he doesn’t have to do a single thing. It automatically scans millions of cash back offers from places like HomeDepot, Target, Applebee’s, and applies it the minute he swipes his card using bank-level, encrypted security. 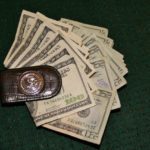 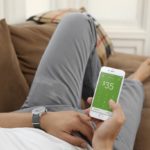 Is your dad still using a money-clip? Or carrying around a wad of cash? Or worse, a checkbook? I mean, cash is King and all, but here’s an awesome and easy digital replacement: Square Cash. Download the app and sign up – takes all of about one minute – then just use your Dads’ email or phone number to keep his account stocked with whatever amount you want. Or – he can use it to send you money. Bonus! The app makes it super simple to pay for dads’ dinner or round of golf – maybe split the bill for a dream vacation among your siblings… super smart. 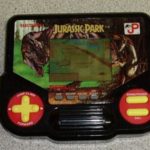 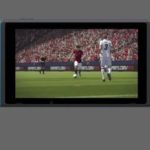 You know all those old video games and consoles that are just sitting around collecting dust? Gather ‘em up and trade them in at a place like Game Stop. Take that old Gameboy, Nintendo DS, and Playstation 2 and walk out with a NEW Nintendo Switch or Nintendo 3DS Galaxy Edition. These are the hottest games on the market today – and this is a great way to get them quickly and inexpensively. You can even upgrade his smart phone by trading in his iPhone 6 for an iPhone 7! Basically – take dad in for a tech-makeover. Win-win all the way around. 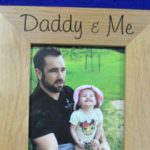 This is an absolute next-level wi-fi connected smart frame that curates your photos straight from your phone, and loads them automatically. Aura takes cues from its environment and will change photos based on its surroundings. You can also set it to change on a timer or with gesture control. With its ultra-high density display, photos look just as beautiful on your frame as they do on your phone. Auto Dimming means that it stays the perfect brightness, no matter the time of day.

Want more? Here are a bunch of other ideas readers helped me with:

Is your Dad still carrying around a flip-phone, rocking an old point-and-shoot, and asking you how to Twitter? Here are 10 awesome gadgets to upgrade Dad for good!

Instead of old point and shoot: AirSelfie Drone – toss it in the air and it takes all kinds of awesome photos

Instead of his old worn-out headphones: Vuzix iWear high-end video headphones acts as an on-the-go home theater. $299.99 (It’s the equivalent of watching a 130” screen from 10 feet away.)

Instead of an that old plastic fan – the Evapolar personal air cooler – $179.99 – smaller than a lunchbox, sits on his desk and creates his own micro-climate.

Instead of ordering a pizza from Domino’s,  get him an Uuni portable, outdoor pizza oven that cooks a pizza in ONE MINUTE. $299

What are you thinking of getting Dad for Father’s Day? Be sure to let us know in the comments!