Home & Family, What to buy

These High-Tech Home Gadgets Will Instantly Upgrade Your Life 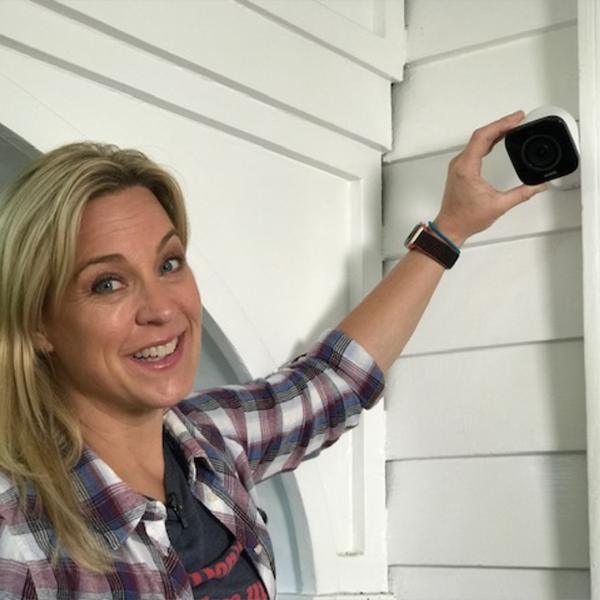 If you own a home, there’s a good chance you’re working on some kind of fix-up project right about now. Americans spend more than $400 billion a year on residential renovations and repairs, according to a recent report from the Joint Center for Housing Studies of Harvard University — and June is one of the busiest times of the year for upgrades.

Whether you’re fed up with a leaky washing machine, or trying to figure out which neighbor’s dog is using your lawn as a personal porta-potty, here are a handful of impressive, new AI-powered gadgets that can do most of the thinking — and even some of the heavy lifting — for you. 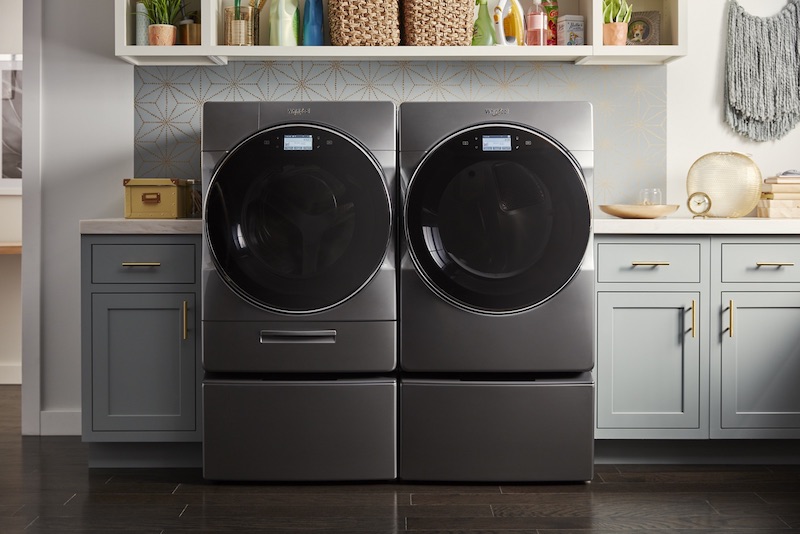 TAKE A LOAD OFF

Short of hiring a maid to do your laundry — we can always dream! — Whirlpool’s Smart Front Load Laundry Pair (starting at $1,499 for each) is like a stain-fighting magical genie. Equipped with the Load & Go Dispenser, the washer automatically manages both laundry soap and fabric softener for up to 40 loads on a single fill-up, so you toss a load in and get on with the rest of your day. It senses how big each load is on its own, and adds just the right amount of detergent.

A built-in touchscreen remembers what settings you use the most and, with the Whirlpool app, you can store up to 35 personalized cycles and access them in an instant. I especially like the built-in Alexa features so I can control the washer and dryer with simple voice commands from just about anywhere in my home.

“Hey Alexa, tell Whirlpool to order a pizza!” Just kidding, it can’t do that… yet. 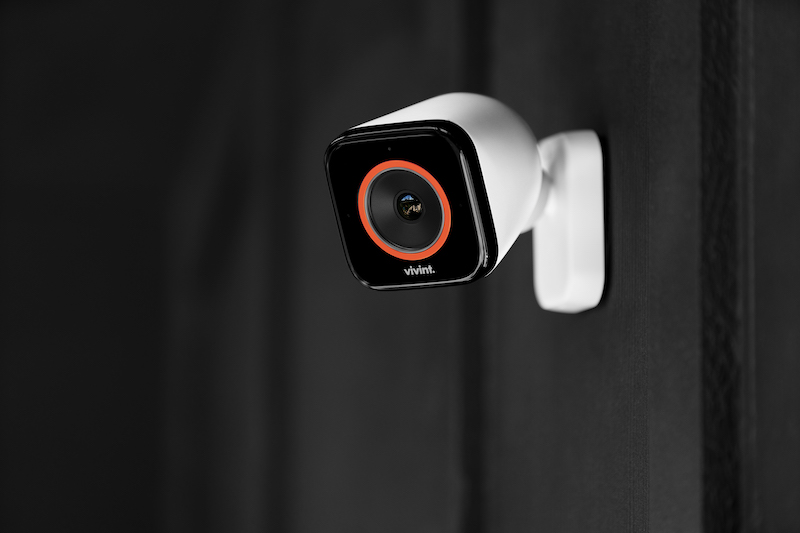 The new Vivint Outdoor Camera Pro steps up its home guardian game with built-in “Smart Sentry” technology to detect creepers by the way they move, how long they linger, and other tells that let you know someone’s up to no good — then lets them know they’re not welcome with a red light and warning tone.
It also sends alerts straight to your Vivint app and automatically records clips too. The camera’s onboard AI does an outstanding job of distinguishing between people, animals, and cars, and has a wide 140-degree field of view that captures all the action day or night.

The Camera Pro works in concert with Vivint’s wall-mounted Vivint Smart Hub control panel, which has an integrated 7-inch HD display. If you already have Vivint Smart Home service, the new camera costs $399, including installation. 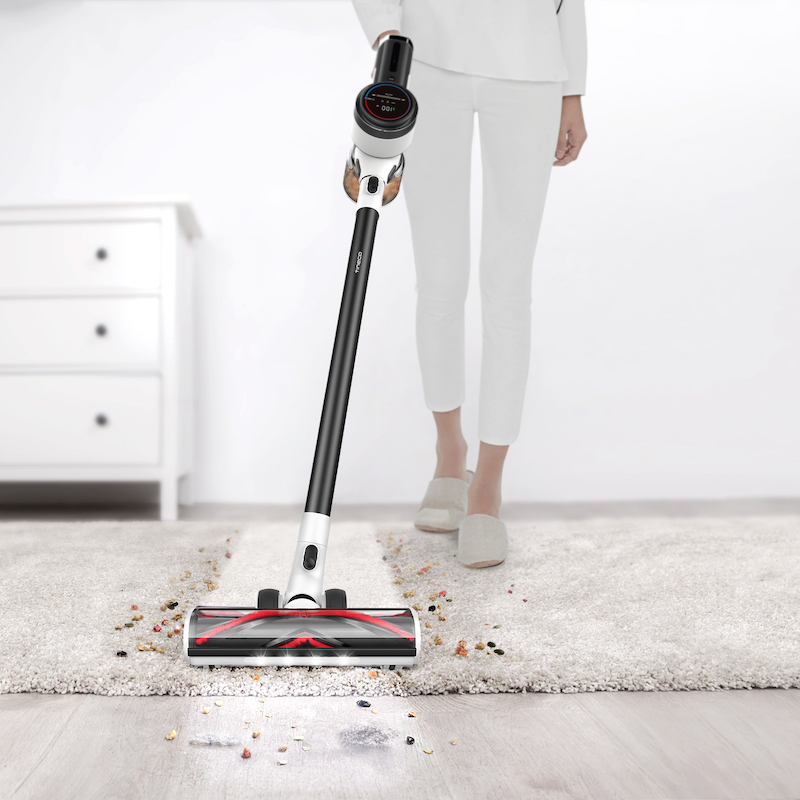 IS IT POSSIBLE TO LOVE A VACUUM?

No really, I’m asking that seriously, because the  Tineco PURE ONE (starting at $449) smart cordless vacuum cleaner makes me enjoy vacuuming every single day. Like maybe a little too much.

A unique sensor that Tineco calls the iLoop detects hidden dirt as much as four times smaller than a grain of sand. Then, it automatically adjusts suction power based on the surface, size of dirt or dust, and soil level.

One of my favorite features is a spotlight on the bottom front of the vacuum head base that illuminates every speck of dirt and pet hair on the floor in front of you. As you pass over it, you see the clean path you’re making as you vacuum, in a satisfying way.

It also stays charged longer than any other cordless stick vac I’ve reviewed, as in what seems like hours longer. And, it’s so quiet compared to most other vacuums, that I can talk on the phone while I’m vacuuming.

If it lasts keeps up this kind of performance over the next several months, it will be one of my favorite gadgets of the year. 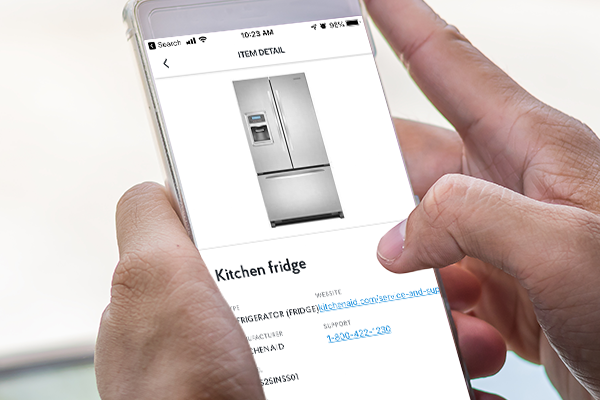 Between warranty slips, set-up guides, and instruction manuals, you need a whole room to store all the documentation that came with every appliance and gadget in your house. The HomeServe app is the ultimate home organization hack because it replaces every manual and a how-to guide with digital versions that live right inside your smartphone.
The free app is easy to use: Snap a photo of the product ID on any gadget in your home, from your refrigerator to your TV, and the app delivers the matching user manual, warranty info, and even DIY repair videos instantly. It will also help you find replacement parts if something breaks, and store photos of your product receipts, so they’re always handy. You can even use the app to store paint names and brands after repainting a room, so you’ll never forget what paint you used. 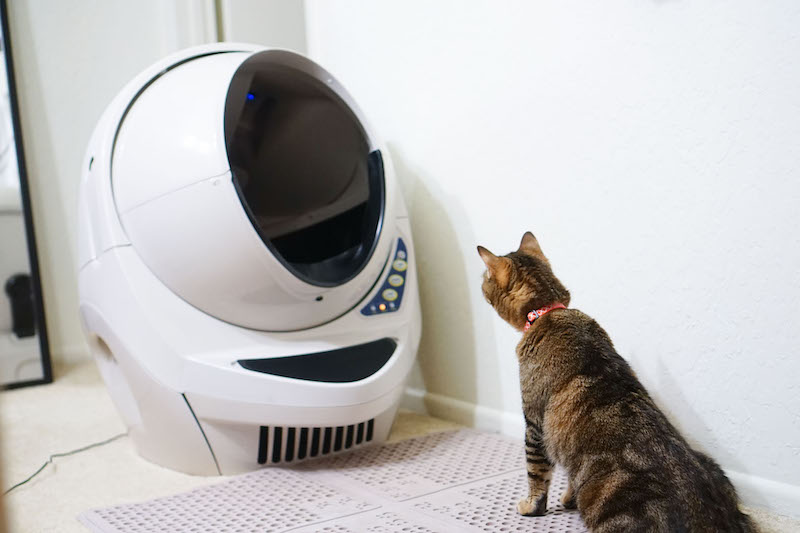 Inviting a four-legged furry friend into your home is a joy on so many levels, but cleaning up after kitty-kitty isn’t anyone’s idea of a good time. Litter Robot 3 ($449) — yep, it’s called the “Litter Robot” — is magic. It senses when your feline friend has done their business, and then, after either a 3, 7, or 15 minute delay — enough time to let your cat saunter away with satisfaction — the “globe” portion of the robot rotates, sifting out the waste and storing it in a drawer for easy disposal.

The Litter Robot app makes upkeep even easier by telling you how full the waste drawer is and letting you know as soon as you need to empty it.

One downside to this device though, aside from the price-tag, is the size. It’s two-and-a-half feet tall and nearly that wide, so there’s no discreet tucking it out of site. But given its space-age look and feel, you don’t necessarily need to hide it away, mainly because it does such a good job keeping odors at bay.
homeserve app laundry litter robot tineco pure one vivint camera Whirlpool

Home & Family, Wired Well
You’ve got to see it to believe it: A Jetson’s-like smart home of future in Nevada