Sharing, Not Scaring, is Key to Managing Screen Time 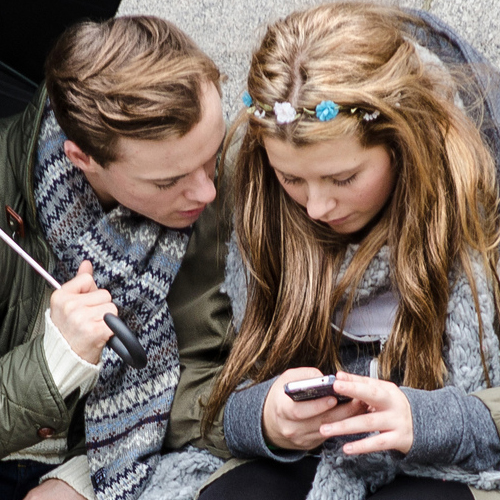 ***THIS POST IS SHARED WITH PERMISSION FROM DR. DELANEY RUSTON, MD, FILMMAKER OF SCREENAGERS***

As a society, we often give information to others hoping to elicit some fear with the goal of getting a desired behavior. Think for example of schools teaching kids about cyberbullying and sexting and having police officers deliver the message so it is clear that they should be scared, really scared of consequences.

Unfortunately, scare tactics for long term behavior change have proven to not be very effective. Let me give one example. Massive public health campaigns designed to combat smoking that showed images of damaged lungs and testimonials from people who were diagnosed with lung cancer from smoking were meant to scare us into not smoking.

It turns out that those campaigns had surprisingly little impact on behavior decisions. What eventually turned the tide for cutting smoking rates were two main tactics: Substantially raising the cost of cigarettes and placing strong limits on the places where people could smoke. Of course, continuing to educate about the ill effects of tobacco is important but if we had just focused on using scare tactics we would not have made the major progress we see today.

Scare tactics can work better for short term behavior change—but the main point for today is to examine a better tactic than scare tactics which I call “Share Tactics.”

But first, let’s explore some science about why scare tactics are not very effective when it comes to youth and screen time. The part of the brain that responds to fear is the amygdala. This is where warnings that something scary is about to take place resides. Do you remember when you first watched a scary movie with creepy music as the camera takes you down an eerie hotel hallway? Even when you don’t, the amygdala does. That’s why you may get creeped out in empty hallways later in life.

This is crucial. Learning from fearful stimuli helps us avoid and escape danger. But what happens when your amygdala is shooting fear straight to your nerves and nothing bad happens? You stop responding. This is exactly what is happening with our kids when we keep saying to them, “too much YouTube is bad for your brain” or “playing violent video games will make you violent.”

If we constantly yell “DANGER DANGER” and the warning is not in sync with your child’s experience, they will then drown out our words.

I get that it is very hard to have restraint when things seem scary since we feel like it is our job to always protect our youth. We worry about the risk of video games, social media, binge-watching, social cruelty, anxiety, grades … the list goes on and on. So what do we do?

A Share Tactic is all about sharing stories, science, and our experiences to help youth develop their own compass about the best ways to use tech in their lives. Sharing the science of sleep, sharing stories of how youth have good experiences on social media, but also some of the hard ones like sharing the facts about laws on sexting, etc.

People, especially tweens and teens, are not big fans of being told what to do and think. Instead of talking at them in a doom and gloom way, include them in the conversation. Listen to their experiences and opinions about the dangers social media, video games, and too much YouTube can have. Calm conversations about statistics, real-life stories and how they relate to us are what gets people, including tweens and teens, thinking and acting preventatively.

And of course, these share tactics help us to work together to define and follow rules to have sacred, screen-free times in our lives.

Here are some questions to get you started:

This post originally appeared as part of the on-going Tech Talk Tuesdays posts on Screenagers.