Black Friday might be the biggest shopping day of the year, but Amazon’s exclusive annual sale, Prime Day, has just as many huge discounts and deals. Prime day started off in 2015 — and in a few short years has become a sort of national holiday — for bargain hunters at least. 2018’s Prime Day is expected to be nothing short of epic. 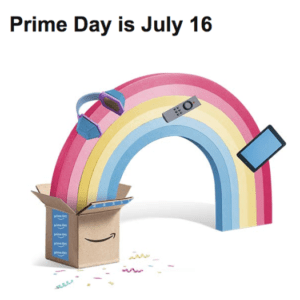 It’s official — Prime Day starts at noon on July 16th. It runs for a day “and a half,” which means exactly 36 hours — making it  the longest Prime Day ever, beating out 2017’s which was roughly 30 hours.

Just like with any big sale day — including Black Friday and Cyber Monday — there will be a ton of products screaming “deal!” at the top of their lungs, and sometimes it’s tough to know what’s really a big discount and what’s not. Here’s how to make sense of it all.

Some Amazon sellers raise the price of their products just before big sales, then “discount” them so that it looks like it’s a better deal than it really is. CamelCamelCamel is a super useful website that lets you track the price history of any Amazon product. 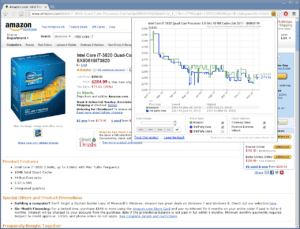 If you see something you like on Prime Day with a huge discount, just copy at the top of the Amazon store page, and paste it into CamelCamelCamel. It shows you the highest and lowest sale prices for any product historically, so you’ll instantly know if you should buy on Prime Day or wait for the price to go down even more.

What To Buy… And What Not To

Prime Day will bring discounts on all kinds of products from just about every category, but there’s some stuff that you should just avoid altogether. Lots of gadgets and tech accessories will be discounted for the sale, but products from Apple and Google — from iPhones and MacBooks to Pixel phones and Google Home — probably won’t see much love.

Apple, Google, and Amazon don’t always play nice with each other in the sandbox, so it’s typical for Apple and Google not to do anything special those days. What discounts you do see on iPads or Chromebooks mainly come from third-party sellers. Those deals are rarely as good as sale prices from reputable retailers like Best Buy or even Walmart, so it’s best to just avoid them.

Amazon’s own gadgets, by contrast, are a great buy on Prime Day simply because you know for certain that the company is pulling out all the stops to drop the price as low as it can go. Things like Fire tablets, Kindle readers, and Echo speakers will be at rock-bottom prices.

Many popular products, including big items in tech and home goods, including appliances, do end-of-the-year rollouts of the newest models. This is especially true when it comes to things like TVs and cameras. Prime Day gives manufacturers a chance to discount their stock of older models, but you’re not likely to see big price drops on newer models until the end of the year, during holiday sales. If you see a lowest-ever price on something, feel free to spring for it, but just know that the prices will probably be even lower if you can wait until Black Friday.

This advice carries over to appliances as well, with the exception of refrigerators, which normally come out in the spring. With a new models competing for floor space, a deal on a fridge will be easy to spot and could save you some serious cash. That is, if you’re comfortable buying such an important item online. My game plan is always to go straight for big ticket items I really need anyway, such as new dishwasher. Don’t just jump in day-off and get up in the frenzy!

Move Fast Or Miss Out On Lighting Deals

Amazon has daily deals every single hour of every day of the year, but the Lighting Deals on Prime Day are notoriously frustrating to score. Some items sell out within minutes, which means while you’re flipping a coin to decide whether to spring for that new webcam it’ll already be gone before you even have a chance to stick it in your cart.

Some Prime Day Lightning Deals are really fantastic, while others are just “okay,” but if you see an item you want for a price that seems to good to be true, nab it quick or you’ll be cursing your slow fingers later.

Amazon’s voice-controlled assistant Alexa usually has a secret tip or two as well. If you already own an Amazon Echo,  try asking Alexa for Prime Day deals early; Alexa should reply with a cryptic message or poem to reveal deals several days early. (I did this prior to July 1st and she didn’t give anything up—yet.)

Amazon really really loves Alexa and along with teasing Prime sale prices ahead of time you can actually score some exclusive discounts if you’re willing to shop with your voice. In the past, Amazon has offered discounts on the Prime subscription itself via Alexa, and hundreds of products were cheaper on Prime Day if you ordered via the personal assistant. When you’re browsing for deals on Prime Day, be sure to ask Alexa for prices to see if you can snag them for even lower prices.

Most companies that sell on Amazon will hold their sale prices pretty close to the vest until the big day, but here are a few insider deals on products I love, and you can pick them up for big, big discounts. For all of the sneek peeks so far, read this story!

No Prime Membership? No Problem (Maybe)

It might be obvious, but you have to be a Prime Member to get all the sweet deals on Prime Day. If you’ve never subscribed before, you can get a free one-month Amazon Prime trial. Sign up sometime in early July and you’ll be able to shop Prime Day during the trial period. 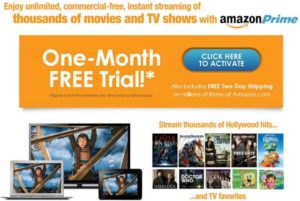