Disaster Tech for Smoke, Hurricanes, and LIFE in 2020 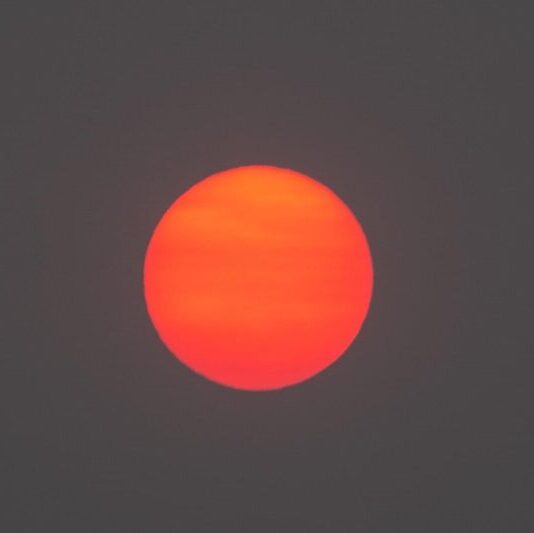 Fires in California. Unsurvivable hurricane storm surge in Louisiana. Flooding. Tornadoes. The worst hurricane – and worst hurricane season – the U.S. has ever seen. Oh, and there’s also a pandemic in full swing.

If you don’t have an emergency plan to help you survive a disaster, you need to look to that STAT. The emergencies are coming faster than the news can hype them. Is this an apocalypse? Global warming? Retribution from the gods? Whatever reasoning you subscribe to, it’s time to gear up.

The right gear can make the difference between having water and not, getting rescued and being stranded, knowing what’s coming and being caught unawares. And once the disaster is upon you, it’s too late to gear up. Do it now.

The government has put together a basic emergency preparedness checklist that covers the basics. But I’ve lived through dozens of hurricanes, a few big earthquakes, tornadoes, and some big fires while living alternately in California and the North Carolina Coast. Along the way, I’ve accumulated tips and strategies for not merely surviving but also living out a disaster as comfortably as possible.

Whatever the emergency, you will need to come up with a plan to feed yourself, your crew, and your pets for its duration. Stores will be closed, gas might be unavailable, and there very often there is no power or internet.

Everyone who lives in any kind of disaster zone, should keep a waterproof tub stocked with food nonperishable foods such as canned goods, nuts, protein bars, and crackers. Keep a three-day supply somewhere where no one will eat it by accident.

You’ll also need to keep a few days of water on hand, too, in case the pumping stations are flooded or burned or the water source is fouled by ash or runoff. There is usually a rush to the grocery store for water before a disaster so I fill my own containers. I have filtered water in my kitchen so I always keep 20 gallons of filtered water in stackable containers. I also keep collapsible containers on hand that I can fill if a dangerous hurricane is headed my way. 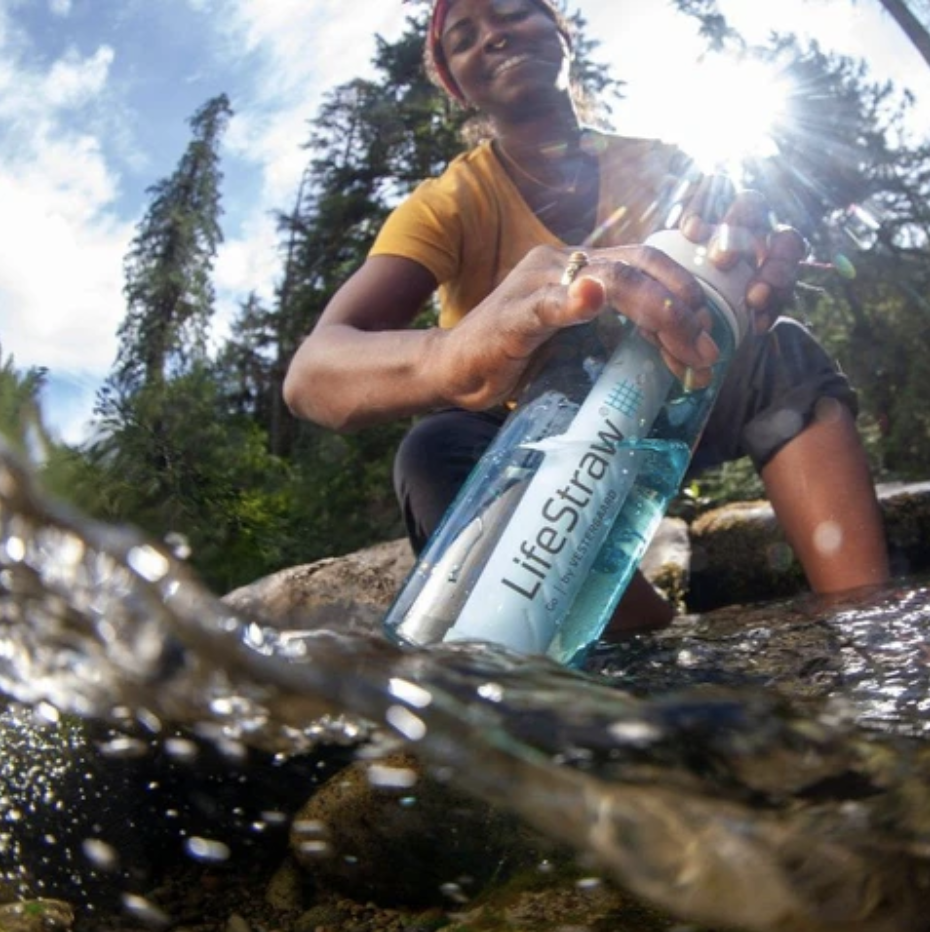 There’s also the new LifeStraw Go (59.95) , an insulated stainless steel water bottle with a filter built-in that I’ll never live without again. It protects against bacteria, parasites, microplastics, chlorine, organic chemical matter, dirt, sand, and cloudiness; all while making brackish water taste better too. It’s always a good idea to keep additional Lifestraws ($14.89) on hand in case stockpile runs out before you can trust the water supply.

Following evacuation orders is always the best idea. But often this is not a black or white decision. You might not be in the evacuation zone. Or you might return home after the all-clear and find you are living in a post-apocalypse zone.

After Hurricane Florence, I was without power – and living on an inaccessible island that is usually a vibrant downtown – for nearly two weeks.

I implemented my favorite hurricane survival trick before the power went out, though, and we were fine: Think of the refrigerator as the giant cooler it will become when the power goes out. Jam it full. A full fridge stays colder longer. And a full freezer – even if it’s full of ice – keeps the fridge cold.  As the ice melts, it becomes drinking water. If you don’t want to commit your grocery budget to this, fill water bags with water, juice, or lemonade, and stuff the freezer with them. When the power goes out, don’t open the door to the fridge or freezer any more than is necessary. Using this strategy, I was able to feed several people quite well after Florence.

You will need a way to cook your food, too. And you’ll probably want coffee. How will do that if there’s no power? If your stove is gas, you might be okay. But gas does sometimes goes out, too. So stock up on propane or coals for your grill. And consider investing in a camp stove. This classic from Coleman ($95.59) has gotten me through several emergencies.

Flashlights – and plenty of batteries – are a must for every kind of emergency. Everyone in your family should have their own personal flashlight. A good tactical flashlight – like this two-pack from Gear Light ($16.99) — is great because it will survive whatever happens, offers various lighting modes, and is solid enough be used as a weapon against Zombies if your disaster involves those.

It’s also a good idea to have lanterns on hand. Often sold as tent lanterns — like this LED Camping Lantern ($22.99) – they provide low-level illumination for your living areas, kitchen, and bathrooms.

During Florence, though, my favorite light was a mini Maglite, made into a necklace. I wore it everywhere so if I ever found myself suddenly in an unlit hallway or in need of a light, it was handy. I could also turn it on and walk, hands free, with just the right amount of illumination to see my way.

In hurricane country where I live, people who own a generators are wildly popular because their hurricane parties have air conditioning. There is nothing like a generator – if you use it carefully – for living as normally as possible without power. Failing that, stock up on backup batteries – the rechargeable kind. And charge them all. I keep a Tacklife T8 in my car because it will charge my car and my phone in an emergency. But I’ve only ever used it for hurricanes. I also keep a battery – this big myCharge AdventureUltra Portable Charger ($59) – because it has a standard outlet and will power a laptop. I keep a few Goal Zero Nomads 10 ($99) solar chargers in a sunny window at all times and start plugging my battery backups into them as soon as the power goes out.

Jenn swears by the Renogy Phoenix 100 ($129), a portable mini power station that lets you plug in via USB and AC and provides up to 100 watts of power. That means it’s able to charge items on the go that your average power bank simply can’t, like a laptop, burner plates while camping, power tools and more. The Phoenix 100 uses a 21700 battery— the same type of battery found in Tesla—ensuring trusted quality and a lifespan of 1,000+ cycles. At full capacity, the USB port on the Phoenix 100 charges an iPhone in 100-150 minutes, an Android in 140-190 minutes and an iPad in 4-5 hours. A Macbook Pro takes 2-3 hours to fully charge using the Phoenix 100’s AC outlet.

There are bigger batteries out there, though, and the time might be nigh in the world of disaster prep to invest in one. This Jackery Portable Power Station Explorer 1000 ($999.00) will power a coffee pot, induction burner, and all my electronics and it recharges via solar panels. That’s the top of the line. There is a wide range of big backup batteries out there.

The very first thing that happens when you are squarely in a disaster is everyone you know starts calling and texting to find out if you are okay. If you have a landline, it will be the first thing to go out. The internet usually goes out before the power. It certainly goes down when the power does. Your cell phone quickly becomes your lifeline. Take care of it.

Use social media to blast an announcement about your status to everyone in your life so you don’t have to take all those calls from worried friends. You need to conserve whatever battery power you have. Catching up with your cousin can wait till you have power.

This is not the time to drop your phone in a puddle and lose it completely, either. So put a heavy duty, waterproof case like one from the Otterbox Defender series ($36.84 for the iPhone 11) on it before disaster strikes. Or, at the very least, keep some phone sized dry bags on hand.

Since your phone will be your lifeline, load it up with apps that will help you stay prepped, informed, and ready.

The FEMA app is full of tips and information on how to prepare for the kind of disaster you are likely to encounter. It also sends alerts to your phone when danger is imminent. And it will help you find a shelter if you need it.

Zello is like a walkie talkie that lives in your phone. You can use it to communicate with your own team and monitor the rescue teams that also use it.

Install Life360 or turn on location sharing in Google Maps on the phone of everyone in your close circle so you can find each other, even if someone stops answering the phone.

The AirVisual app will keep you informed up-to-the-minute on the air quality near you. This is very important in a fire emergency. But it’s also helpful if you live in an area where air quality varies.

No one wants to evacuate. I tell you this as someone who has ridden out hurricanes I shouldn’t have and evacuated from a fire zone to live in hotels and couches for longer than I imagined possible. But when it comes time to go, you need to do it. That is not the moment to be packing a bag.

You might have to live out of that bag for a while. So think about what you will need and what you don’t want to lose.

My friend Brandy Gale lives in the Santa Cruz Mountains in the path of the CZU Lightning Complex fires. “My personal motto is ‘be prepared, not scared,” she says. Because of that she had a go bag packed long before she was told to run. (Those fires happened fast.) “I am very grateful that I have this gear on hand at our evacuation location,” she says.

As well as clothing, medications, and other personal items, she brought her laptop, kindle, cellphone, cords and chargers, solar-powered charging block, a power strip extension cord, and backup drives.

“I have 30 years of writing, art, and photography I was able to take because it was on portable drives that were in my bug-out bag,” she says.

She also brough headphones and earbuds, which have been helpful, she says, “for quiet time, privacy, and chilling out in a small, shared space.”

Because she was evacuating during this pandemic, she added a thermometer and pulse oximeter to her med bag.

If you do have to run, you’ll be glad if you already have Airbnb and HotelTonight on your phone. I once booked a hotel – while fleeing a disaster – using HotelTonight. When I got to the hotel, I checked in right past a line of dozens of people without reservations who were being turned away. The hotel had filled up in minutes after evacuation became necessary.