Modern medicine’s come a long way in helping people with chronic illness manage and maintain happy, healthy, and long lives—with one main caveat. You have to take the pills your doctor prescribes, and that can be a whole lot harder than it sounds.

Medication nonadherence is an estimated $300 billion dollar problem in the United States, and costs more than $100 billion a year in excess hospitalizations, according to nonprofit group Network for Excellence in Health Innovation (NEHI), which researches ways to improve health care. An estimated one-third of people never fill their prescriptions, and three out of four Americans do not take their medications as directed.

“If my son takes all 14 of his pills at approximately the same time every day — half in the morning and half at night — he can work and go to school and lead a normal life,” says 51-year old single mom Jennifer (who asked we not use her family’s last name) from her home in Wisconsin. “But if he misses even one dose, he can’t get out of bed, he cannot function, he can barely put one foot in front of the other.”

Jennifer’s 19-year old son, Sean, is on the autism spectrum, with a diagnosis of severe inattentive ADHD, anxiety, and depression. She credits a $50 automatic pill dispenser called Hero, along with its $30 a month medication management system, refill reminders, and 24/7 live support for “saving [her] family.” 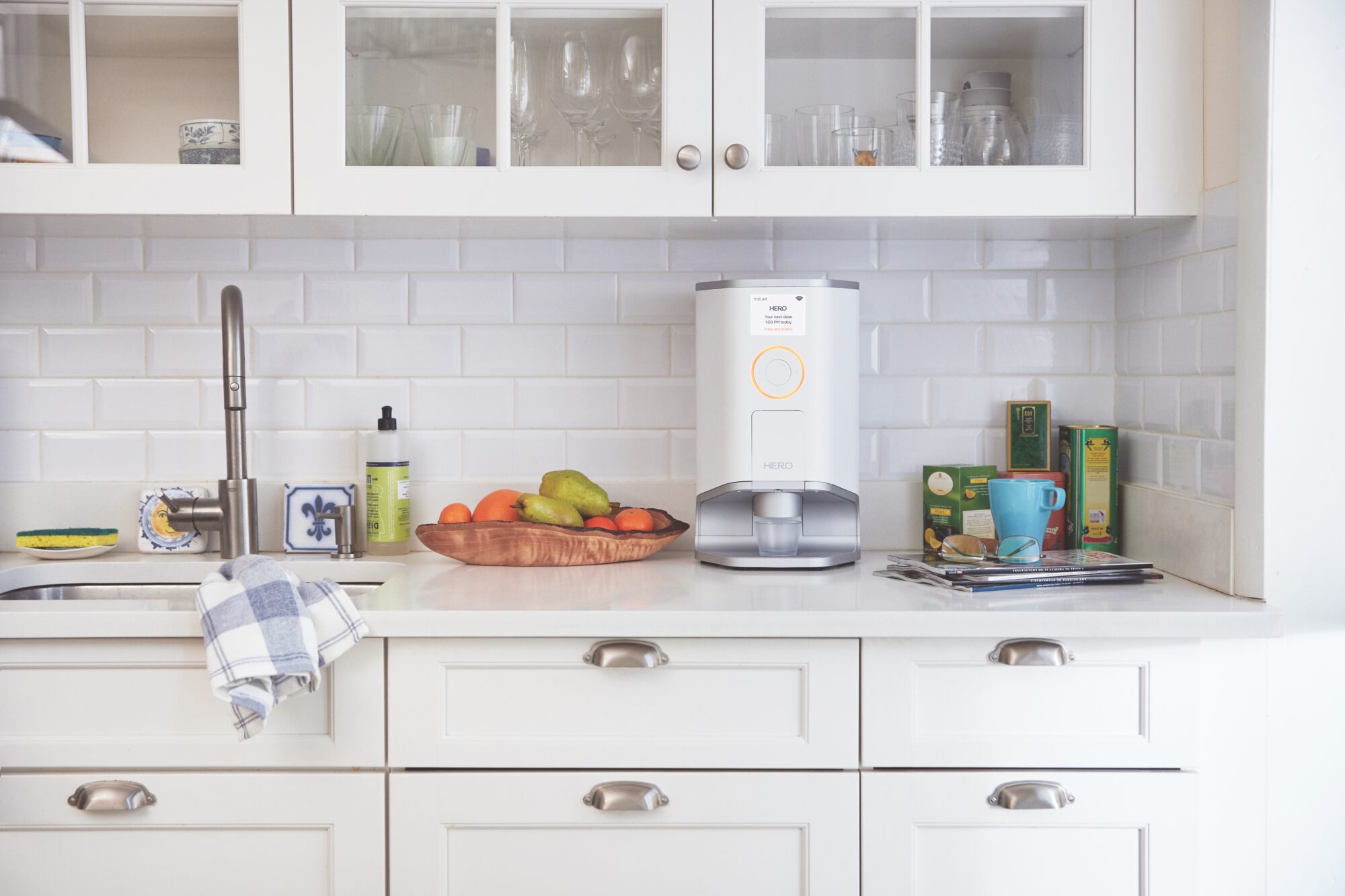 “I saw an ad for it on Facebook one day, and thought, ‘what do I have to lose?’” Before she bought the device, Jennifer says her life revolved around making sure her son took his medicine. She also has to juggle revolving refills. Some medications have to be refilled every 30-days, while others come in a three or six-month supply. The amount of work and oversight it all took was incredibly stressful.

“It’s been our actual hero — a real game-changer for us,” she enthused. “It’s allowed Sean to have the independence he craved, and it’s given [me and my 15-year old daughter—my backup helping care for Sean]—our lives back. I used to wonder if he would ever be able to live by himself, and was so worried about what would happen to him.”

Hero is a countertop, or in Sean’s case, a bedside device about the size of a small coffee maker. Jennifer said that an alarm on the device wakes Sean up every morning, “and is so loud, he can’t sleep through it.”

Hero also stores, sorts, and dispenses up to a 90-day supply of ten different medications. You can also just pour pills into a cartridge and slide them into the dispenser without having to count or sort anything—it’s all automatic. Hero detects when you’re running low on a particular drug, and sends notifications through an app to refill. The company also provides a service called Hero Fill, which can automatically order another prescription and deliver it to your home.

Hero’s companion app sends alerts when it’s time to take a dose and provides real-time adherence data to caregivers and families looking after their loved ones.

I went hands-on with Hero when it first launched three years ago and again last week. One of my only complaints is that you have to set it all up with arrows, sort of like older versions of smart TV remotes, versus the simpler push-to-program touchscreen.

When I asked Jennifer if that part bothered her, she said, “up and down arrows, who cares? It doesn’t bother me at all. That’s such a simple thing compared to what we went through before spending hours every Sunday sorting pills, physically chasing after, and nagging Sean, the amounts of charts and processes trying to manage it, and never really knowing how many he took or missed. This is a miracle compared to all of that.”

There are also apps such as MediSafe (free, iOS, Android) that help people manage medication adherence. You can program MediSafe to deliver reminders, and log when you’ve taken a pill. It also helps people stay connected with their physician or caregivers with real-time missed medication alerts and helps people with drug interaction warnings.