Social apps are a great way for teens to keep in touch with their friends, but they can also be centers of harassment and abuse. A new anonymous social app called Sarahah (iOS/Android) is catching on with teenagers in the US and Europe after hitting it big in the middle east, and it’s already starting to cause problems. 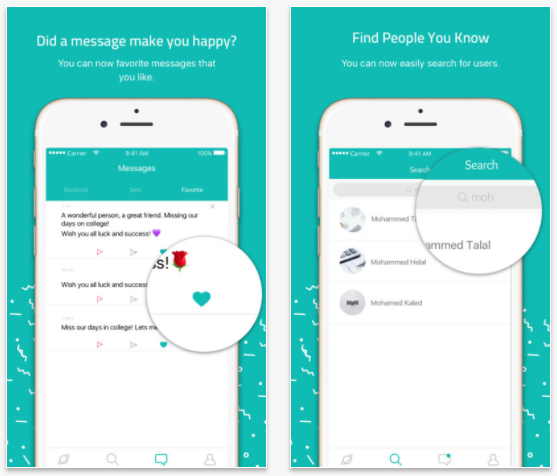 Sarahah — which roughly translates to “honesty” in Arabic — is a very simple app where each person can send and receive comments. The catch is that, unlike Facebook, Twitter, Instagram, and other popular apps, you can make the comments on Sarahah anonymously.

The app pitches itself as venue for anonymous “constructive criticism” to friends and co-workers, but critics say it has turned into a platform for cyberbullying and harassment. In the iTunes Store, it states you must be 17 year old or older to download the app, and customer reviews warn:

This App isn’t for the weak hearted – by Mr. Couch:

“I adore the app, it’s about constructive criticism. Only your peers, people who you allow to send you messages can and will do so. If you get good heart warming messages then it makes you feel better about yourself and you enjoy what this app offers. On the flip side you will also be prone to receiving negative messages that aren’t very confidence inspiring. You take that risk when you download the app and invite your peers to send you a message. Some are rating this app poorly because their feelings got hurt, it’s not the app developers faults. They produced a product that has shown very well potential. In conclusion this app is a gamble, if you are weak hearted this is not the app for you.”

Across other social media, the tone is a little more harsh too:

#Sarahah is a self-development tool that allows people to receive constructive feedback pic.twitter.com/N2tvKqd1Hf

Teens who use the app can remove themselves from the search function and only share their usernames with people they know.  That’s the apps’ built-in privacy feature so keep unauthorized people from posting messages about you, but it’s not enabled by default, and your name will also appear in the app’s search feature unless you manually disable it within the settings menu.

This new social experience could prove beneficial for some — and being able to share your honest opinion with someone can have a positive impact when done correctly — but let’s face it, that’s nor how the internet works. And for the millions of teens who are jumping on board, it’s likely to cause more harm than good.