Summer is winding down, and that means only one thing: It’s time for all the shiny new flagship smartphones to hit shelves and drain our pockets. Now you have to sell your “old” phone, but when do you sell it to get the biggest return? We’ve got just the tool.

As part of musicMagpie’s Annual Phone Depreciation Report 2019, the site crunched the numbers on trade-in values and how they change over time, with clear peaks and valleys that show when phones tend to be the most valuable on the secondhand market. All you have to do is type in your phone’s make and model — like “iPhone 8 Plus” — and check out the trends. 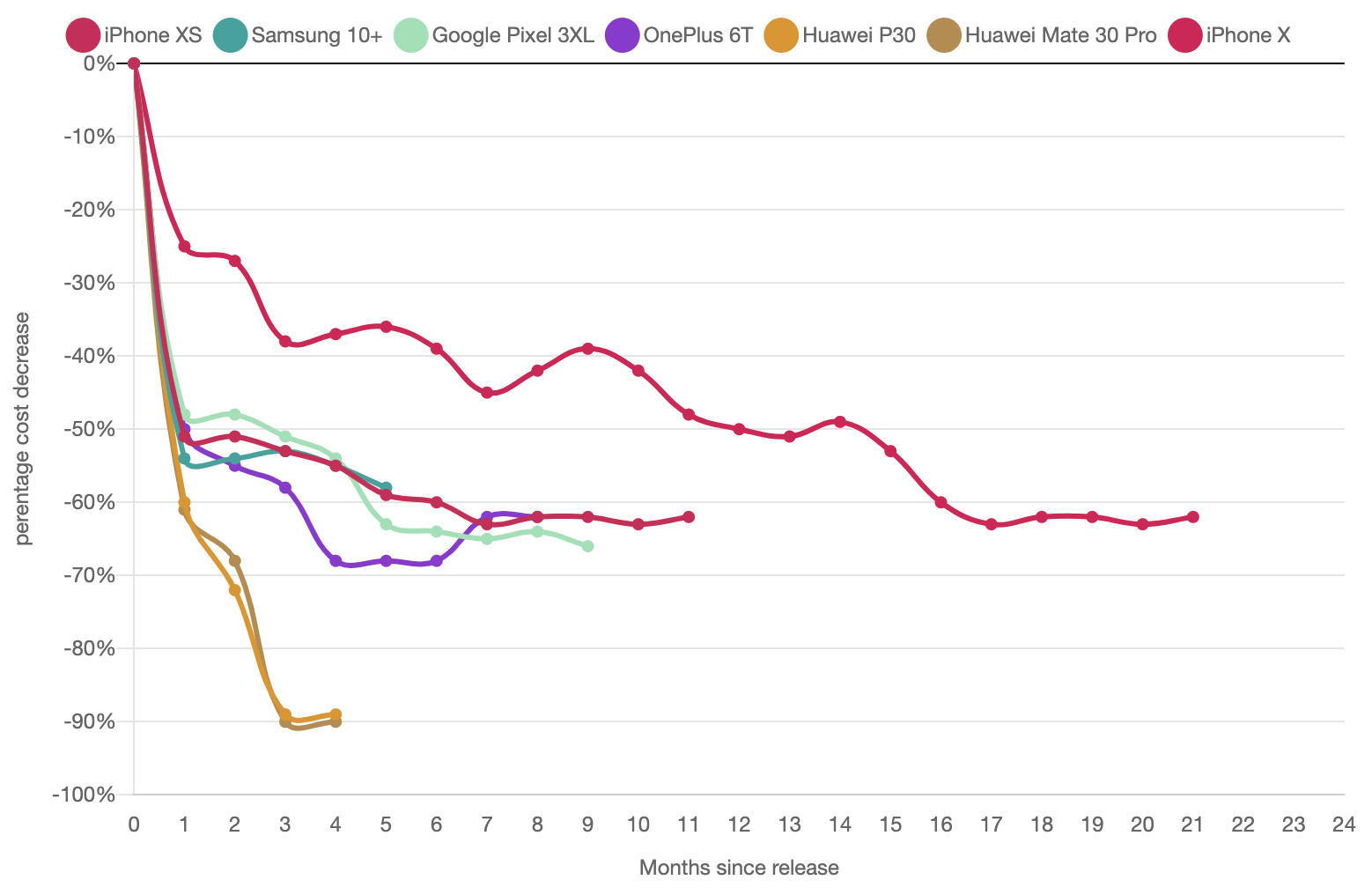 Nobody can predict the future, but this might be the next best thing. It’s easy to see when certain phones lose most of their value, and it’s usually around the 13-month mark. That makes sense, since that’s when the newest models are beginning to take over people’s pockets. Still, there are some interesting outliers, like Huawei phones that dip in value almost immediately and iPhones that hold their resale value for considerably longer.

You can easily compare phones to see which handsets are worth more months after release, which is a pretty strong selling point for brands like Apple. If your specific phone is currently on an upswing in value, upgrading now and selling soon before it dips again would be a wise move. If your phone is on a downswing, waiting a month or two might actually make you more money in the long run, depending on the circumstances.

It’s great information to have, especially as we inch closer and closer to the release of new iPhones and yet another round of top-notch Android smartphones.