What Should I Pack for Total Solar Eclipse 2017? 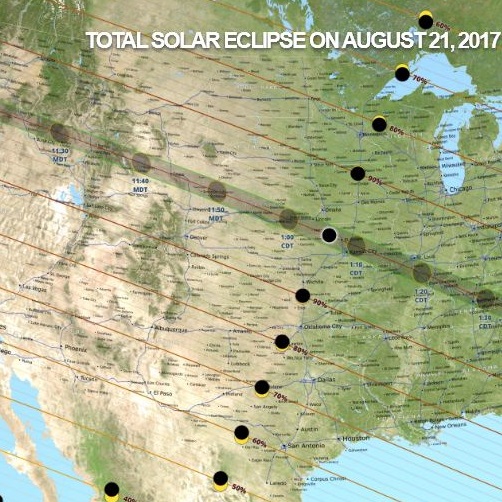 The world is converging in a 70-mile wide line – called the Path of Totality — throughout North America on August 21st.  “This path, where the moon will completely cover the sun and the sun’s tenuous atmosphere – the corona – can be seen, will stretch from Salem, Oregon to Charleston, South Carolina,” reads NASA’s in-depth site dedicated to this very rare event. “Observers outside this path will still see a partial solar eclipse where the moon covers part of the sun’s disk.”

People are traveling from everywhere to be in this Path of Totality for the for two minutes of the eclipse. I certainly am. Hotels have been booked for months. People are renting out camping spots in their corn fields and on goat ranches. If you live in the Path of Totality and haven’t rented out your couch yet? Get on it!

But how do you pack for an event of this magnitude? This has probably never happened in your lifetime.

I have no idea what to wear to such an event. So I am going with a nerdy Path of Totality t-shirt because that’s the sort of thing that gets compliments in my crowd. Fashion-wise, this is uncharted territory, though, so be you. When it comes to gear, however, I’ve got you covered. Here is a rundown on some necessaries. 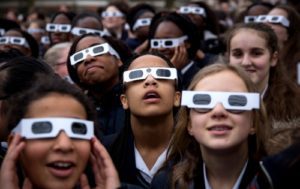 You need safety glasses. This is not a myth. It is not for people with lesser eyes than you. It is never safe to look directly at the sun. And sunglasses will not cut it. Those are for looking at other things when the sun is bright. Get some sort of eye protection or a way to see this eclipse without looking directly at the sun. Yes, nitpickers, it is okay to look at the total eclipse because the sun is blocked for those brief moments. But if you want to see the partial eclipse in the moments before and after, you need to protect your eyes. NASA recommends some reputable vendors of viewing products here. I got these. 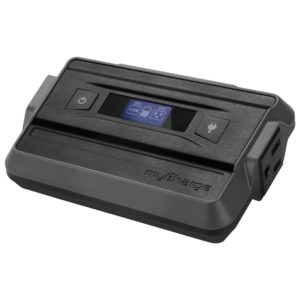 If the sun goes out, what are the chances that the power will go out, too? Or that the 10 x 10 plot of corn field you rented has no power? Be prepared! The myCharge AdventureUltra is like a portable wall outlet you can toss in your backpack. It has an AC plug, two USB-A and one USB-C port. It’s about the size of a paperback novel and weighs just over a pound. But it will run a TV, fan, recharge your drone battery, or power up any cell phone. You can power up your laptop, whatever. If there is an apocalypse — in addition to the eclipse — you’re set.

A Filter for Your Telescope 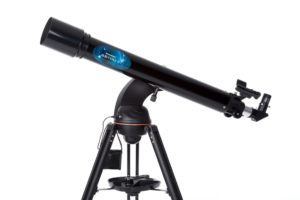 A telescope is a great way to see this event. Most celestial events are better when magnified and this once-in-a-lifetime display is no exception. But do not look at this through an unfiltered telescope. You will put an eye out. (Or, more accurately, sunburn your retinas.) Whatever telescope you use, get a solar filter for it. Don’t use the cheap one that came with it. (NASA says so.) These are your eyes. Take care of them. You can’t get another pair. 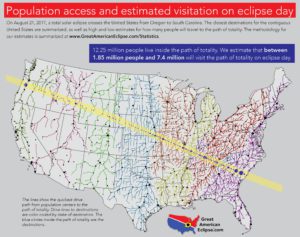 Estimates for attendance of the eclipse range from 1.85 and 7.4 million people. And a lot of them will drive the morning of. Anything in that range will be epic traffic — like three Woodstocks or more. So pack a navigation app that can predict traffic and help you find a way around it. Google Maps incorporates data it gets from Google Waze, which it bought in 2013, directly into the directions you get when navigate to a destination. But this will not be your average traffic jam. You might want to go to the source, where you will also get explanations from the people in the traffic. Google Maps might route you around a traffic incident, Waze allows drivers stuck in that traffic to say what’s going on, right in the app. Why not tap the knowledge of your fellow North American Eclipse Viewers? Maybe the traffic incident ahead has spawned an impromptu nerd-out among astronomers? Maybe it’s an accident so huge you will never get through. Or maybe there is a dance party up ahead. 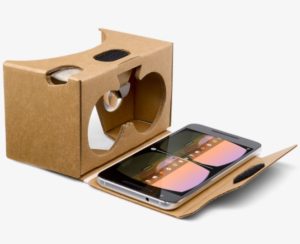 If you can’t make it to the Path of Totality and/or want to see every possible angle on this, get a Virtual Reality headset. (One that fits your smart phone.) Volvo and CNN have teamed up, outfitted a fleet of brand-new Volvo XC 60s and are chasing the event, filming in 4K. You can watch it – all in — in VR if you have the right gear. And the right gear, for VR, is a smart phone and headset. They aren’t expensive. Google Cardboard is $15. But you might want something sweet, like the Samsung Gear VR, because once you try VR, you will like it.

Good Lights for the Tent 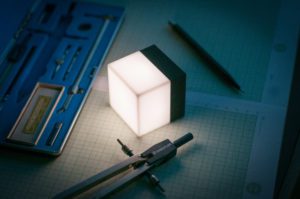 I haul these Enevu color-changing lights with me on every road trip. So I will have them in my car for this event, too. I know the sun is only going out – in the daytime! – for a couple of minutes. But there is always night time. And I like to be prepared. They work as a flashlight, nightlight, or cool ambient lighting for your tent or camper. I have used them as everything from a reading light to party effects. 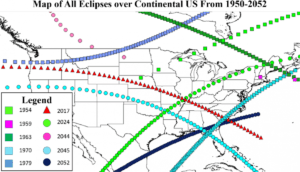 Got kids? Need a hobby? What better time than this to decide to become a citizen scientist? There are lots of projects going on around the eclipse. Find one. Participate. So you can go not only as a tourist but as a contributor to the greater knowledge of mankind. NASA put together a list of projects, with descriptions and instructions, so you can find one that interests you and yours.