Home & Family, Videos, What to buy, Win it!, Wired Well 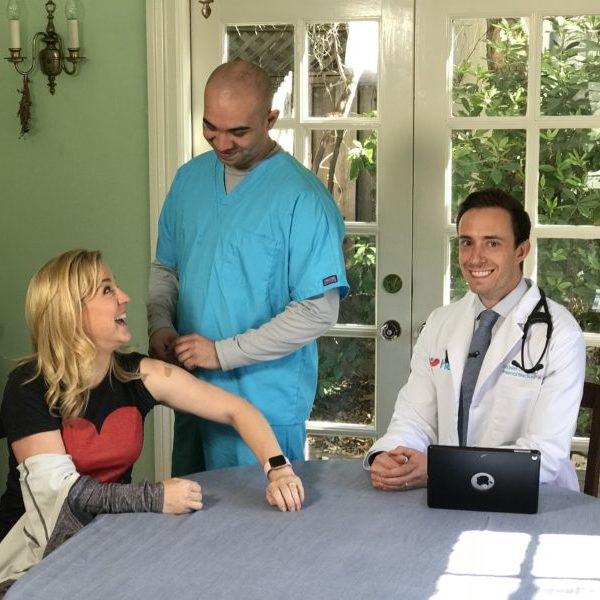 NOTE: An edited version of this story originally ran in USA Today print and online: 2/19/18.
Can the latest gadgets and apps help save us from this year’s killer flu? As one of the worst influenza outbreaks on record sweeps across America like a deadly virus from the movie Outbreak, that’s a question hundreds of scientists, inventors, and health officials are working feverishly to answer. While a handful of futuristic fixes are most certainly in the works — like a flu breathalyzer, far UVC flu-bug zapping light, and next-gen take home lab in a box — they’re not available yet. The good news? There are still a handful of high-tech flu-fighters worth checking out now.
ON-DEMAND DOCTOR HOUSE CALLS
Depending on where you live, a few taps of the Heal app on your mobile device (iOS, Android) or on the Heal website can summon a doctor to your house or office in as little as two hours, 365 days a year.
The way it works is simple. Download the app, then type in a few details such as your address and the reason for the visit. Add your credit card and a request for a family doctor or pediatrician. Then just sit back and wait for them to show up. This is insanely convenient, covered by most insurance, the doctors spend an unhurried 30 minutes minimum with you, and no visit costs more than $99.
I’ve used Heal a handful of times since it first launched in 2015, including this week, because somehow I forgot to get a flu shot this year. Even though it’s best to get them in the fall, before flu season really revs up, the CDC is urging everyone who can get the vaccine, to do it asap. But the last thing I wanted to do is go to a doctor’s office or urgent care — packed with sick people — and potentially get exposed to the flu.

Having Heal’s Dr. Andrew Oliver and medical assistant Eugene Ponce come to me, was quick, easy, and cheap. Dr. Oliver asked me a few questions, took a look at my vitals and medical history, then Eugene swooped in with the shot. (It didn’t even hurt!) The cost? $30 (or free with insurance).
“This flu season is the worst that I’ve seen,” Dr. Oliver said while we sat at my dining room table talking about flu gadgets. He said as many as a half of the patients he’s seeing right now in the San Francisco Bay Area are suffering from the flu or related symptoms — which is double or even triple the normal amount. “We’re still seeing quite a number of new cases of flu, so we’re very much in an active flu season. Last year I thought was particularly bad as well, but this year is worse. It’s been devastating.”
Right now, Heal’s available in five major metro areas, including Washington D.C./Northern Virginia, Los Angeles, and San Francisco/Silicon Valley (including Oakland where I live). The company says they’re working to expand to Chicago, Seattle, Baltimore, Atlanta and Las Vegas, among other cities, within the next year to 18 months.
A DOCTOR TO SEE YOU NOW
If Heal is like the Uber of doctor house-calls, think of Zocdoc (iOS, Android) like the OpenTable of booking same-day doctor appointments. The service shows you in-network doctors with openings near you, and lets you book appointments within the app. You can download the app or use the website, answer a few questions about what kind of doctor you’re looking for, and the date that you want to make the appointment (like today). The app prompts you to scan your insurance card, if applicable, and then shows you options of appointments near youl. It’s quick, easy, and every time I’ve use lands me with a better doctor than a Yelp recommendation. It’s currently available in about 30-states and the District of Columbia.
ON-DEMAND VIRTUAL VISITS
Another option is a virtual visit through an app or website such as Doctor on Demand, which charges $75 for a 15-minute consultation, or less through a variety of insurance providers. There are a whole host of these kinds of services available now, and they all work similarly: download the app or sign up online, fill out a questionnaire and request a doctor phone call or video chat within the hour. All of the apps connect you with U.S. board-certified physicians. The chats can last as little as ten minutes or as long as thirty. In some apps, you can upload or connect photos of a problem (like a rash), or copies of lab results.
I’ve used Doctor on Demand a few times, mainly to allay my fears after my daughter broke her nose, got a concussion, and had the Norovirus. Each time, the pediatricians were fantastic, telling us what to watch for, as well as when/if to call 911. They even followed-up and checked-in on us the next day.
Other similar services include:
GERM-FIGHTING GADGETS 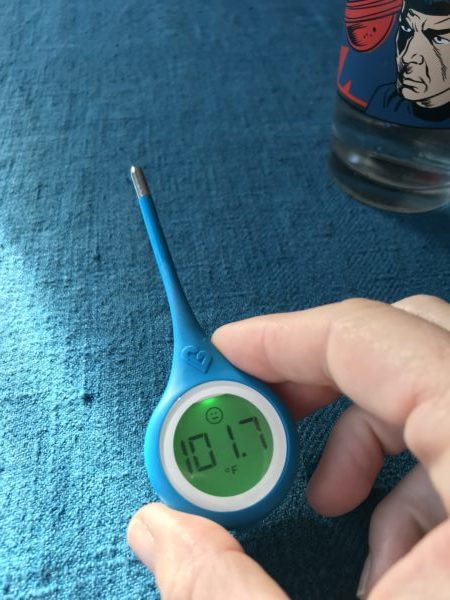 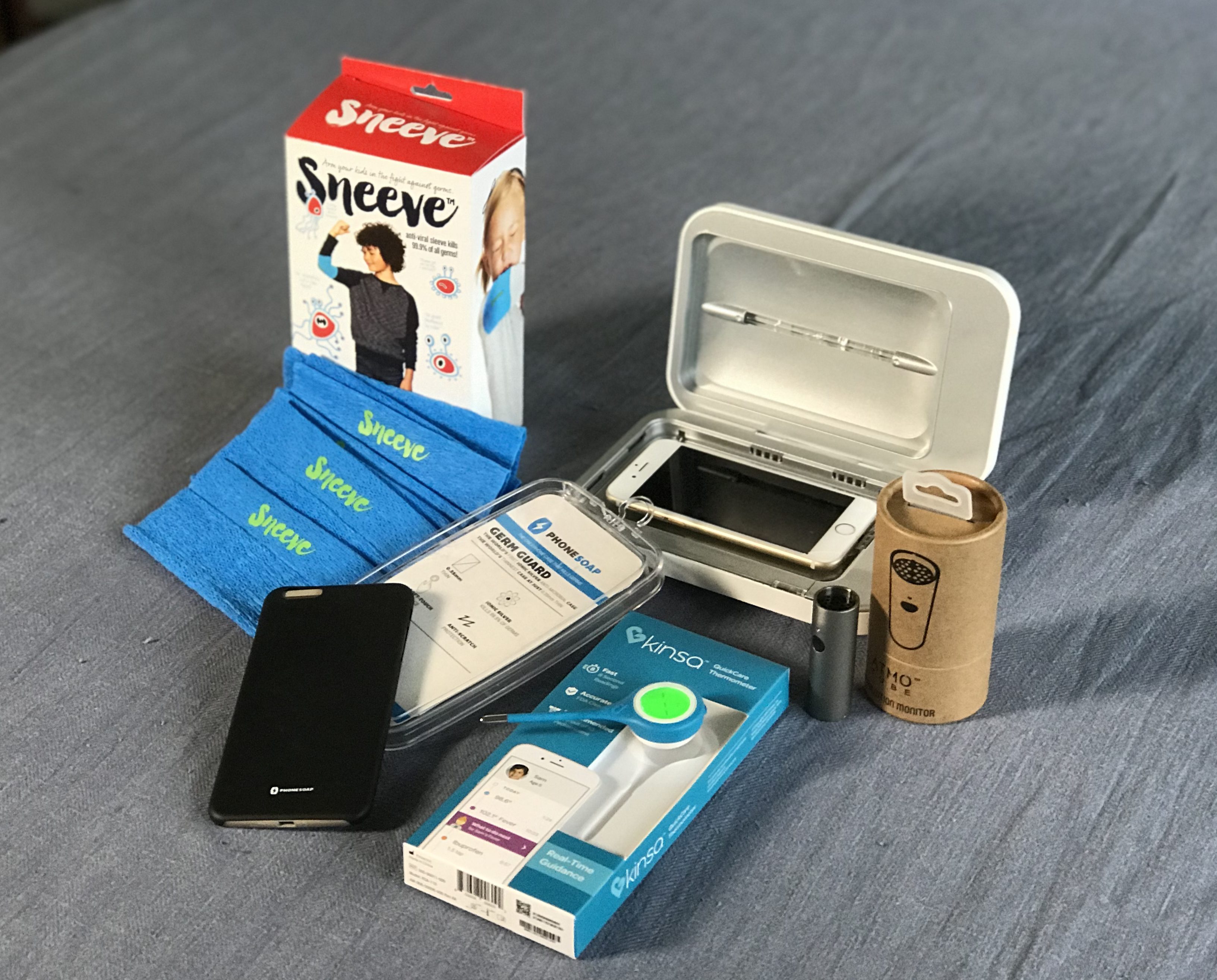 One of the best health gadgets I’ve reviewed is the new $20 Kinsa QuickCare wireless smart thermometer. It connects via Bluetooth to the free Kinsa app (iOS, Android), and lets you takes a quick temperature, record symptoms, and the app keeps track of the readings over time. Within the app, you can also record medication, get dosage guidance, set reminders, keep each family member’s profile, get personalized guidance, and even see which illnesses are circulating nearby for a better idea of what bugs are going around.
According to the company — more than a million people now own a Kinsa connected thermometer — which allows Kinsa Health to collect about 30,000 readings a day. Kinsa’s used that anonymous data to spot fever and flu symptom spikes in real time — and create a map to see where influenza-like illness is hitting hardest right now. “As of February 12th, the sickest metro area is Atlanta,” a company spokesperson told me via email. “The largest week-over-week increases were seen in Washington D.C. (24% increase over last week), Virginia (19% over last week) & Maryland (17.7% over last week).” 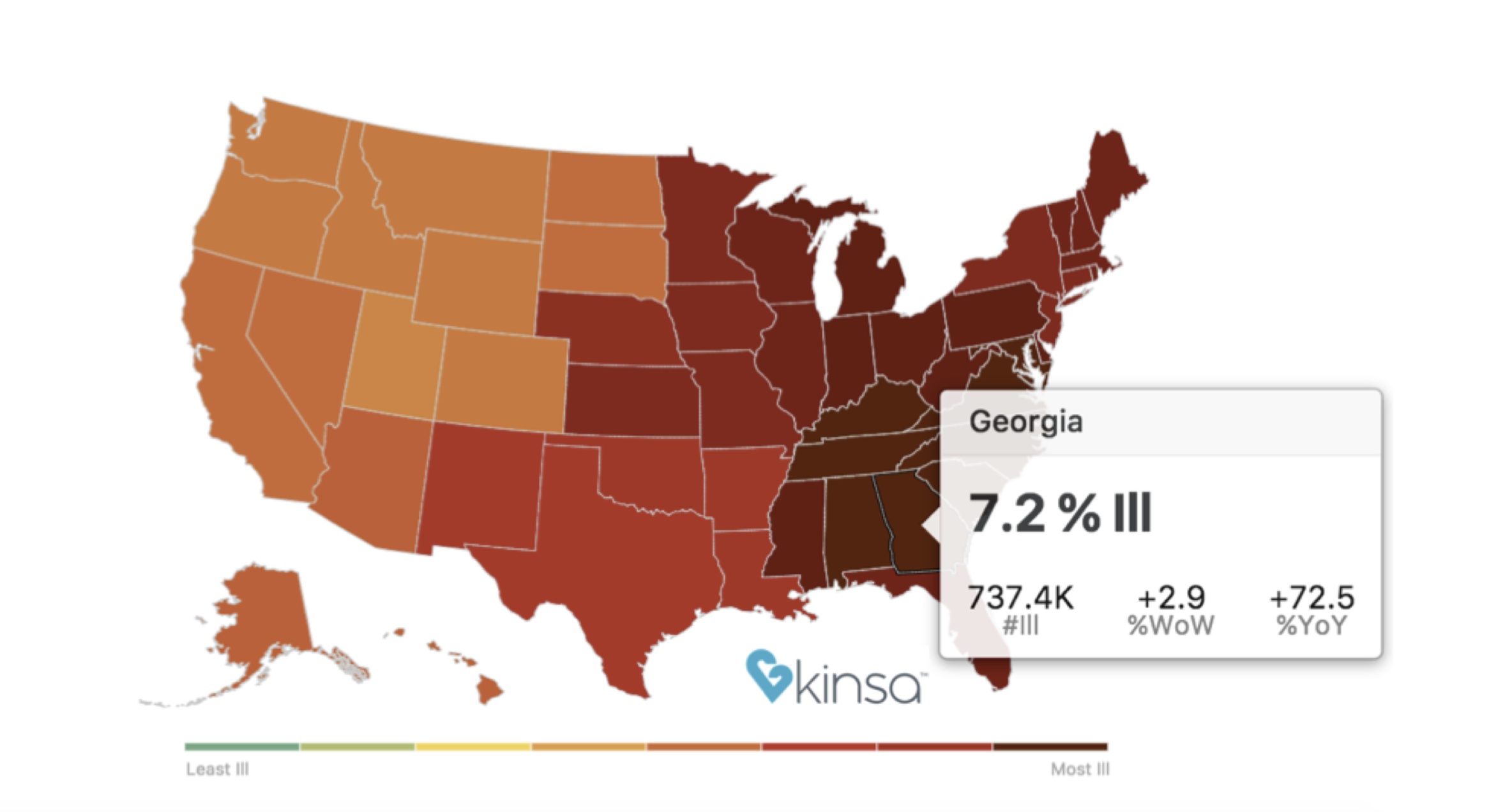 There are also anti-microbial phone cases, UV light sanitizers, personal air filters, and a host of other gadgets that promise to help keep the flu at bay. One of my other favorites is doesn’t come with batteries or apps though. It’s a little slip-on sleeve cover called a Sneeve. You know how we teach our kids to cough and sneeze into their elbow-pits? The Sneeve covers that area with a clingy, absorbant, disposable slip-on to help catch the yucky stuff. The cost for this one is $10 for a pack of seven. 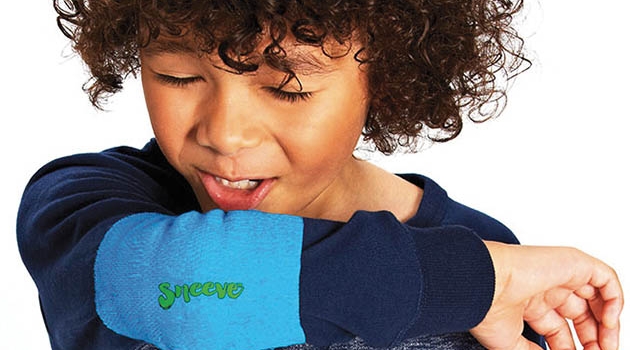 Wired Well
The Best Calorie-Tracking Apps for iPhone and Android to Burn the Summer Bulge
Home & Family
Meet My Avastars, the first new doll born in the metaverse for play IRL and online
Gift Guides
Gift Guide: The Best Gifts For Dads And Grads In 2022