Gift Guides, What to buy, Win it! 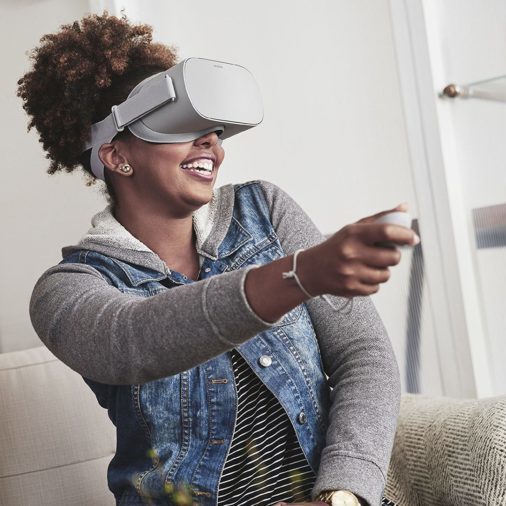 No matter how excited I get with VR — peering over the edge of a skyscraper, staring a T-Rex in the eye, or swimming with Blue whales — the emerging tech still hasn’t reached its stride.

That might all change very soon with the arrival of the much-anticipated Oculus Go. This new headset, which went on sale Tuesday, strikes a serious sweet-spot. It costs just $200. It has no cables. It’s easy to use. It works for iPhone people and Android people, Mac people and PC people. It’s like the Switzerland of new gadgets.

And as other reviewers point out, it’s for more than just playing games. Call it Oculus and chill: The Go lets you curl up and watch TV virtually along with a faraway friend. Or on a long flight, you can use one as your private movie theater. Noise-canceling headphones, meet the annoying-seatmate canceling headset. 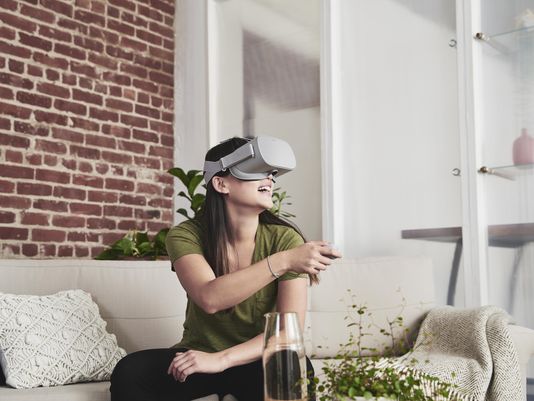 I used one at last year’s F8 (has it really been a year already?!) and it was as good as any other cord-free, affordable-ish VR headset I’ve ever used. It’s not as good as the Rift or HTC Vive, but at the price point and untethered, you shouldn’t expect it to be.

Mine should arrive tomorrow. Do you have yours yet? What do you think? More soon. In the meantime, there’s another new VR headset about to come out that I have spent some serious time with… that story posts the second the “news embargo” lifts… about three hours from now.