Apple doesn’t normally launch new products out of the blue — usually they wait until they can do it on a big stage in front of the entire world — but never say never, right? Today Apple rolled out two big new products that could very well be on your must-have list, along with an app that might even give Snapchat a run for its money. (I know, everyone and their brother are trying to be Snapchat right now…but read on!) 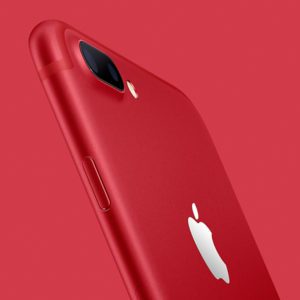 The iPhone 7 is only a few months old but that’s not stopping Apple from giving it a whole new coat of paint, literally! The iPhone 7 Product RED edition is an all new color variant of the top-selling smartphone. Apple is launching the new red versions of both the iPhone 7 and iPhone 7 Plus on March 24, and you’ll be able to walk into your local Apple Store and pick one up or order online for the same price as the standard iPhone 7.

As with all Product RED items at retail, a portion of the selling price is donated to support HIV and AIDS programs in the areas where it has hit the hardest.

The iPad Air 2 has been around for quite a while now, so Apple decided it was about time to put it out to pasture. To fill the void it left behind, Apple is launching a new 9.7-inch iPad with a surprisingly affordable $329 price tag. It’ll come in either 32GB or 128GB versions, and will be available for pre-order on March 24th as well. 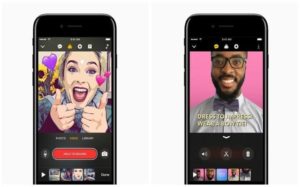 Time to take some Clips!

Apple knows how popular Snapchat is, so it’s doing its best to replicate the appeal of the extremely popular video filters and effects with its own mobile video editing app called Clips. Clips isn’t a social network, per se, but it does pack some impressive editing capabilities into a very small package. You can shoot a short video and then add text, emoji, stickers, filters, and even animated captions to give it some real pep, and then share them wherever you want! You can upload Clips videos to Twitter, Facebook, and pretty much everywhere else, and the app will be totally free to download when it rolls out to the App Store soon.