What to expect from the big Apple event this Wednesday 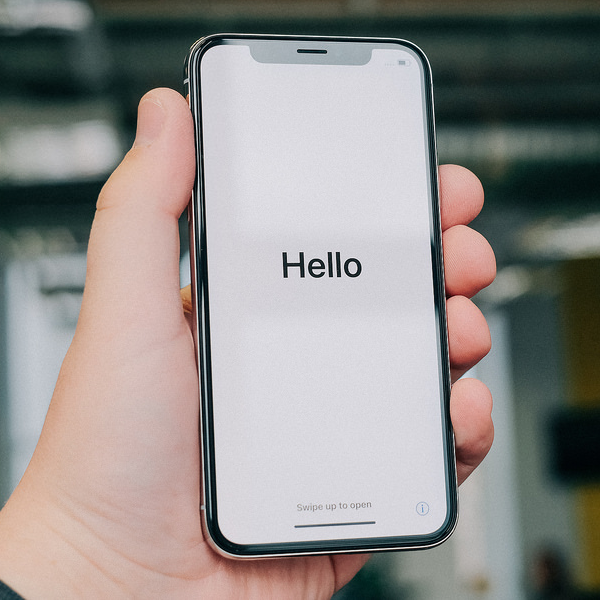 Apple’s annual iPhone reveal event takes place on Wednesday, and that means we’re in store for another round of smartphone updates as well as a few added treats. Apple has turned the end of summer into its personal product showcase for many years now, and as usual, the rumor mill is in full swing. Plenty of insider leaks are hinting at what Apple is preparing to unveil, and here’s what you should expect:

The easiest prediction of the bunch is that Apple will indeed have new iPhones to show off. What’s special about this year is that, since the iPhone X kind of threw a wrench in the cycle Apple had already established, we’re actually likely to get all-new models rather than just component upgrades this time around.

Going by the latest leaks, Apple will show off not one, not two, but three phones on Wednesday. The first, the iPhone XS, will look a lot like the iPhone X, but with upgraded guts and more power. It will have a 5.8-inch OLED display just like the X, but it might come in a new color or two. It’s a pretty standard upgrade.

The iPhone XS Max is like the “Plus” models we’ve known for years now. As the name implies, it’s going to be bigger than the standard XS, with a 6.5-inch display up front. There’s still a chance that Apple decides to call it the XS Plus, but Max sounds like the name they’re planning on going with, based on the leaks.

The last new iPhone will look like the iPhone XS, with a 5.8-inch edge-to-edge display, but instead of an OLED screen, it’ll use cheaper LCD technology. That means colors that aren’t quite as accurate and blacks that aren’t as dark as they are on an OLED display. This phone is rumored to be called the iPhone XR, and it’ll likely be significantly cheaper than the XS.

What I want: Better battery life! I know Apple is obsessed with making their gadgets thinner and lighter, but iPhones are small enough already. Give me more battery life and I’ll be happy.

What’s a new lineup of iPhones without a new operating system update to take full advantage of them? iOS 12 has been in beta for months, and we’re likely to hear more about the many features and upgrades that are on the way with the latest update. In iOS 12, Siri will have greater capabilities, and the beloved Photos apps are getting a mild overhaul to make it even easier to organize and find your favorite pics.

As usual, the new iPhones will ship with iOS 12 pre-installed, which means the update will roll out for everyone else at around the same time as the new phones hit shelves.

What I want: The new Screen Time app. Apple is finally building a screen time tracker right into iOS, and it’ll make it so much easier to see where I’m binging and remind me to set my phone down every once in a while.

Apple’s top-selling wearable is already the most popular smartwatch on the planet, but that’s not stopping the company from rolling out updates as fast as it can.

Apple Watch Series 4 is actually the first redesign of the Watch since it originally launched, and the new wearable will be slimmer and have a larger display thanks to smaller bezels surrounding the screen. That means more info in an even smaller form factor, which is something Apple Watch fans are sure to appreciate.

The long-anticipated AirPower charging mat is also expected to make a reappearance after being teased late last year. The wireless charger is built to be able to charge an iPhone, Apple Watch, and even AirPods all at the same time. It’s sure to be a hot accessory whenever it launches, but the sooner the better.

What I want: Faster watch apps. The Apple Watch works great, especially the latest Series 3 models, but some apps clearly haven’t taken full advantage of the latest hardware. It would be great to see more updates to Apple Watch apps, and maybe this new redesign will push developers to do just that.  And better battery life!!!!!

There’s already so much to talk about with the new iPhones, iOS 12, and Apple Watch, but Apple might try to wedge a few more announcements into its much-watched fall show. Apple’s Mac lineup is getting a bit stale, and several Macs — like the Mac Mini — are long overdue for updates.

If Apple does decide to mention Mac at its iPhone event, the Mac Mini and MacBook Air are the computers most likely to see an update. It would be a pleasant surprise, but I don’t hold your breath.

There’s also the chance that Apple could announce a new version of a totally new product line, like HomePod or even the AirPods, but since both are fairly new, the chances of this are pretty slim.

Hacks
How To Find Apps On iPhone In Just Seconds
Online Safety
How To Block App Tracking On iPhone
Gift Guides, What to buy
GIFT GUIDE: Check out these buzz worthy gadgets!