For me, taxes are right up there with root canals and food poisoning. Let’s just say I’m not a fan, but I’m seasoned enough to know that I can live through just about anything the dentist, a suspicious roadside food truck, or even the IRS throws my way.

Apparently, people in their 20’s and 30’s aren’t so sure. According to a recent survey, today’s Gen Z and Millennials often struggle with “adulting” issues like paying rent, saving money, and yes, doing their taxes. What they don’t seem to have any problems with though, is new technology, which got me thinking: Can the latest high-tech tax tools spare first-time filers a ton of angst? 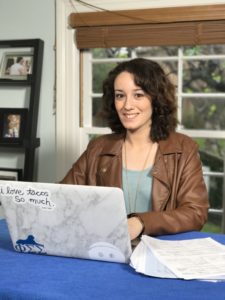 To find out, we asked a few 20-somethings to have a little “tax-off.” 22-year old freelance social media manager Maya Castro, who works in my office, was the first to step-up. She’s filing taxes on her own for the first time since graduating from college last year.

Flora Anderson was also game. She’s an account supervisor at a PR agency. At 27-years old, she’s a self-filing savant of sorts. She’s handled her own taxes since bagging groceries in high school. But she’s never filed on a smartphone before. 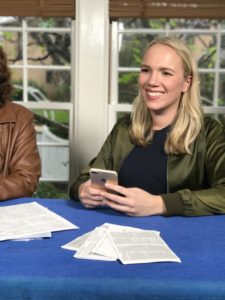 With Maya on a laptop, and Flora on an iPhone 7, we let them pick the tech filing tool of choice. Both went with Intuit’s TurboTax, because it’s the one they’re both the most familiar with (though H&R Block has online tax filing tools too).

Flora had it easy, with just one W-2 form, and she also used TurboTax to file last year, though not on a smartphone. She downloaded the TurboTax app on her iPhone, logged in, and answered a few questions with the app’s Autofill feature: Same job as last year? Check. Single? Check. No babies or new houses? Check.

She totally breezed through the entire thing and less than ten minutes later she was done, owing about $140 in federal taxes but with a refund of nearly $300 coming from the state. Slash off the $55 deluxe filing fee and she’ll pocket about $105. 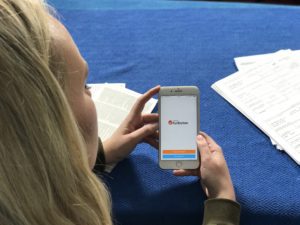 “I’m super happy with that,” she said. “I was worried about whether it would be intuitive enough and easy enough to do on my phone screen. My return was so simple, the steps and user guide made it totally painless. It’s a huge relief to have it done.”

Next to Flora’s vision of cool, calm, and oh-so-done already, Maya didn’t have things quite so easy. For starters, she had a pile of paperwork: Three W-2’s,  3-1099’s, school grant forms, and two health insurance forms. If taxes were a relationship her status would be “it’s complicated.”

“I have no idea what I’m doing,” she said, “all this adulting is really hard.”

From her laptop, Maya went to TurboTax.com, created a username and password, then answered a bunch of prompts: Newbie or pro? Newbie. How she feels about filing her taxes? “Can I write in ‘I would rather step on a lego every day for the next year than do this right now?’” she joked. She also signed up for the deluxe option because it gave her the chance to get help from a real live accountant or tax expert at any time.

Next, she put in the information from her W2’s, and got a surprise. “Look, I’m getting back $430!” she yelled from behind her laptop screen. TurboTax has a feature that gives you real time estimates of what you’ll either owe or get back from Uncle Sam. The only problem is that it fluctuates as you go along. A few keystrokes later, Maya was down $200, “Nooooooooooooo,” she moaned. “Money, come back!”

Then she hit a real snag.

“I don’t know where to put the 1099’s. I am so confused right now. What should I do?” she asked Flora, who had been done so long she was reading a magazine at that point. Flora reminded her about the live assistant option. On the top of her screen, there was a contact box called with a person icon. Maya selected it, typed in her question, and asked for a phone call back.

A few deep breaths later, TurboTax expert Fernando Brassea was on the phone. Using a shared screen, he walked Maya through which buttons to push and exactly what information to put in. In just a few minutes, they had it all figured out. “He made it seem like I wasn’t alone and not as scary,” Maya said.

After she put in her school grant information, TurboTax’s CompleteCheck feature prompted her to double check everything and confirm that it was all correct. It even tried to find details she might have missed, like charity, credits, and potential deductions. The entire process took a little over an hour from start to finish. Unfortunately, her bottom line wasn’t quite as green as Flora’s. Maya owes about $260 to federal and is only getting back about $40 from the state. Minus the $55 cost of the “deluxe” filing service, she will end up paying $275.

“It totally sucks to owe something,” she said, “but it was easier than I expected overall and I know that I would have spent a lot more if I had gone to a CPA or somewhere in person. I do actually feel a lot better about it all now.”

Both young women say they plan to file online again next year for sure, and that even though “adulting” is hard, with the right tech tools, maybe taxes don’t have to be.

(This story was originally published in USA Today and syndicated across Gannett media outlets.)