Since I first started reviewing smartwatches three years ago, I’ve been pretty underwhelmed.

Most are expensive, typically $200 or more. They’ve kept you tethered to your smartphone rather than freeing you from it. Battery life blows — with some models running less than a full day on a single charge.  And ultimately, unless you’re trying to be sneaky in a meeting, do you really need notifications to show up on your wrist?

But smartwatches are still a thing. While they haven’t been the blockbuster hit some tech companies hoped they would, many industry analysts remain optimistic about their future. And you know what? I do too. Now.

I just finished a months-long wrist-on review of the newest smartwatches on the market — and  I’m pleasantly surprised. While they still can’t replace a smartphone, teleport you to work, or wash your windows, the top models have come a long way. They fit better, do more, and stay powered longer. If you’re thinking about buying a smartwatch for yourself or someone else this year —  here’s what you need to know. 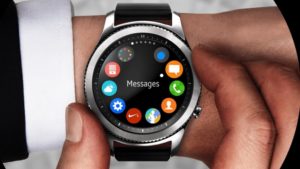 If you have a Samsung smartphone, or really an newer-model Android phone right now,  go for the Samsung Gear S3 ($349.99). The 4G LTE connected Frontier lets you send texts, get emails, notifications, and even make calls — all without your phone anywhere nearby. You can leave your wallet behind too. Put Samsung Pay on your watch and use it in place of your credit card. Both the Classic and the Frontier models have built-in GPS, they’re rugged, water resistant, and last up to four days on a single charge. The downside to these two models is that they’re big on my small wrist, but they do so much that I’m okay with that. 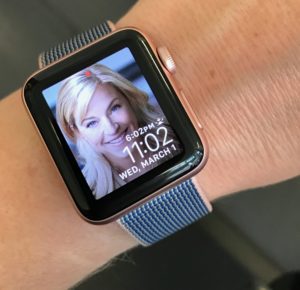 For the iPhone, your best choice remains Apple’s own devices, and I am loving the rose gold 38mm Watch Series 2 ($369). Its small, feminine fit works well with upgraded features including taking calls from my wrist (as long as the phone is within 100-meters), more accurate heart rate and fitness tracking, on-board GPS (so I can track my runs without having my smartphone on me) and much better battery life. It now lasts a solid two days now on a single charge, which is  a big improvement right there. The apps are stellar, and using it is as intuitive and easy as ever. If you want a more masculine appearance, you can go for the 42mm size and beef up the watch bands, so there’s flexibility there too. 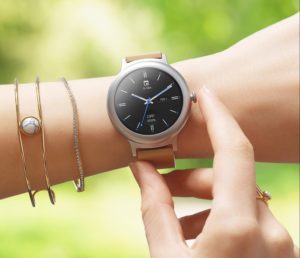 Of the newest contenders, LG’s Sport ($349) and Style ($249) smartwatches show a ton of promise based on Google’s Android Wear 2.0 update alone, but they rank third compared to these others. Sure, the new software delivers major improvements in almost every category, from exercise recognition to better-running native apps, but there are too many kinks to stop there. The LG Watch Sport is awesome, but huge and heavy. The Style is sleek, small, and pretty, but has too few useful apps, no speaker, no heart-rate sensor and no GPS. The worst part though? The Style doesn’t even make it through a whole day without dying. I have no patience for that in 2017.

There are several more new smartwatches coming out soon in 2017, and more that feature either fitness or fashion before pure computer-on-your wrist function. I’ll get to those soon. In the meantime, if you buy a smartwatch in 2017, know this: you might be compromising, but you won’t be settling. A few of these hit the sweet-spot now, and will just keep getting better.

Here are some more photos from our testing: