Printers are the worst, here’s how to fix them (or at least not throw them out the window) 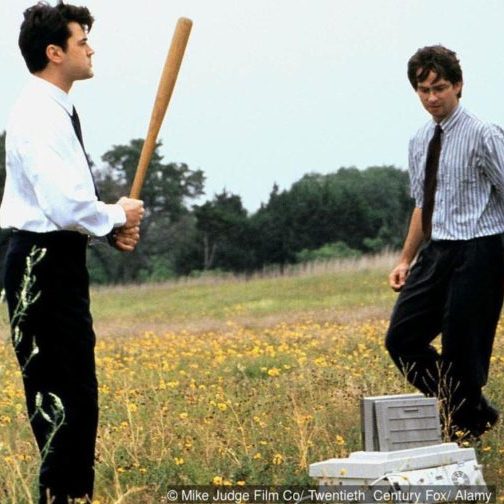 I recently chucked a two-year-old printer out a third story window. Watching it smash on the bricks below — a spray of glass, pop of plastic, and jerky bounce of mangled metal — was the most satisfying part of ever owning that stupid thing.

In the time since I first bought it and now:

Sound familiar? According to a Consumer Reports survey published in March of this year, people ditch 75% of home printers within a few years of purchasing them, “because they had stopped working well or stopped working altogether.”

Why are home printers so awful?

In a time when we have tech to help blind people see, computers so small you can swallow them and speakers that answer our questions, why can’t we get a freaking printer to work? According to the experts, All-In-One (AIO) home office printers that print, copy, and scan — are often built cheap, sold even cheaper, and not really meant to last that long. Why? Money and market demand.

Printers are actually fairly complex devices, but manufacturers set the prices low with the intention of recouping the costs through proprietary ink and toner — and the fact you’ll need a new one in a few years anyway.

And you know what? They’re right. I’m about to pick up the fourth new 100-ish dollar printer for my family in just six years. That means they’ve basically become disposable goods, often wearing out faster than most of my shoes, car tires, and even light bulbs.

Rather than wallow in our collective printer problems, here are top issues with modern AIO’s and the easiest ways to fix them.

Most of the time connection woes come down to your computer and your printer not being on the same page (pun intended). Get the basics out of the way first: restart both your printer and computer, and update your drivers. (If you want step-by-step help for doing that, I added a short guide here.)

What’s worked best for me in general is to delete the printer from my laptop (by pressing the minus button in my printer settings) and then add it back on again. That reintroduces my printer and computer to each other, and often gets them on the right track.

If that doesn’t work, your router might be the problem. Routers sometimes mistakenly stand in the way because they’re trying to keep you safe from rogue wireless connections. If you have a “WPS”, which stands for “Wi-Fi Protected Setup,” button on your router (or in the router app on your computer or smartphone) pressing it can help the two gadgets clear things up by telling your router to chill out for a moment and let your computer and printer communicate.

There are three main issues with ink: it dries up, it runs out too fast, and it’s incredibly expensive. Almost all modern inkjet printers have built-in routines to keep the ink cartridges in tip-top shape, which means you have to leave your printer “on” all the time. Some models use more ink than others during routine maintenance, which could be wiping you out too.

To save all the way around, only print the quality you need for a specific job. If you’re just printing plain black text, bump the quality level down to “Draft” in the printer pop-up window. And if you’re not printing a photo or color image, select “Grayscale” or “Black & White” instead of color.

When it comes to price, well, that’s a tricky one. Consumer Reports recommends using aftermarket ink whenever possible. Also, make sure you’re buying the right printer for the job, and using the right refill or ink subscription services for your needs, which I explain more below.

Jams are ridiculously frustrating, and the type of paper you use might be the issue. Check with what the manufacturer recommends, don’t assume that one bargain-priced stack of white sheets is the same as the rest, and never mix two brands or types of paper in the same tray. Always fan the sheets out before sticking them in the printer tray so they can break free of their neighbors too.

Googling for printer help might land you on a “support” page that looks real, with a fancy logo and chat window, but it could very well be a scam. These cons often include 888 phone numbers, and almost always lead you right to someone who asks for remote access into your computer to “fix your problem” for you. Don’t be fooled. If that happens, hang up. If they call back, block them.

If you’re searching for live help, all the major printer brands including HP, Brother, Canon, and Panasonic have free live support. Always check the URL of the page to make sure it’s actually something like “support.hp” and not “bobsprinterfixes.com.” Never hand out a credit card number for simple printer troubleshooting, because none of the reputable manufacturers will ask for that.

Does a good printer exist?

According to a recent Consumer Reports survey, “With input from more than 36,000 subscribers—who together purchased more than 42,000 printers between 2012 and 2016,” Brother printers lasted longer than many other brands, even though many other brands are more popular among shoppers. Also:

Whatever you decide, don’t just chuck your old printer out the window. Even though I did it, I cleaned it all up and recycled it responsibly. Many office supply and electronics stores like Staples and Best Buy will take your old printer and recycle it the right way for free. All you have to do is drop it off.