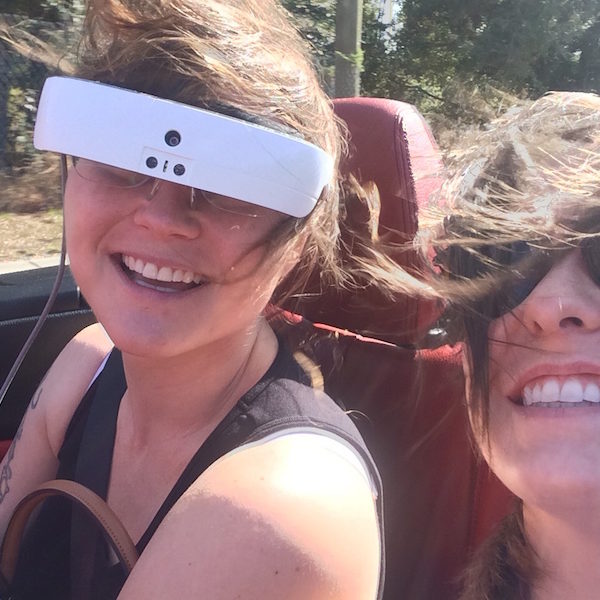 Blindness first crept up on Yvonne Felix when she was just seven years old. That’s when she was hit by a car that she never saw coming. “I was diagnosed with juvenile macular degeneration,” says the now 36-year old mother of two. “By the time I was 13, I lost whatever sight I had centrally. By my late teens and early 20’s I was using a cane and braille. It was very lonely and isolating.”

Felix is one of some 300 million people around the globe living with low, or no, ability to see. According to the American Academy of Ophthalmology, 1.2 million Americans over the age of 40 are legally blind, and nearly 3 million have “low vision,” or visual acuity worse than 20/40.

A strange looking, high-tech, hybrid headset called the eSight 3 now hopes to change all of that. 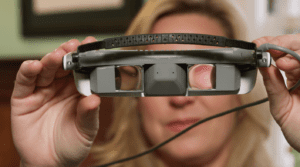 The headset looks like a cross between a pair of everyday sunglasses and a set of virtual reality goggles. They’re big, but not obnoxiously huge, and fits right over the wearer’s prescription glasses via a pair of elastic, magnetic bands. On the front is a 1080p camera that grabs a live video feed of everything in sight, pipes it down to a processing unit that tucks into a pocket or purse, then sends it back to a pair of OLED screens. The person wearing the headset sees full color video images clearly, with no lag time, and can even zoom in, and capture photos and video with the device.

“I can see everything, your eyes, that you’re smiling, the pattern on your blouse,” Felix describes as she demonstrates the new eSight 3 glasses in our offices in Oakland, California last week.

Without the device, she said looking at me sitting across from her was like seeing a blurry dark shadow, with no features or facials expressions. “It’s like there’s a drawing and you smudged your hands all over the pastels, like it’s just dark and all blurred together.” 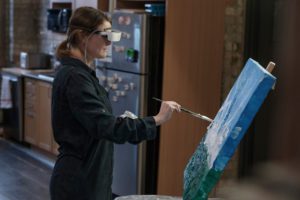 “What’s really unique about this device,” eSight CEO Brian Mech explained, “is that it lets Yvonne instantly auto-focus between short-range vision like reading a book or texting on a smartphone, to mid-range vision, seeing faces or watching TV, to long-range vision, such as looking down a hallway or outside a window.”

Mech also said that each person who uses eSight 3 can control color, contrast, focus, brightness and magnification (24X). “It’s worked for 70% of people who’ve tried it on and allowed people with traumatic eye injury, some forms of glaucoma, and [more than a dozen other] conditions to see instantly.”

Felix and about 1,000 other legally blind people of all ages and walks of life in Canada and the United States have used earlier versions of the eSight electronic glasses since they first came out in 2012. A quick YouTube search provides dozens of videos of people as young as four and as old as 97 using eSight to see clearly for the first time, including Yvonne Felix. 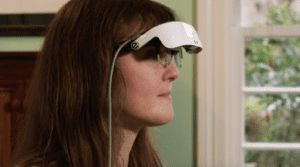 “It was was beautiful. It’s the type of thing that just burns in your mind. I remember seeing my husband smiling and holding our [infant] son. I could see my husband hadn’t shaved and had a beard. But seeing him smile was what…and my son’s faces…I had never experienced that before.”

The eSight 3 headset costs $9,995, which is down from the $15,000 original cost. Insurance companies don’t cover it. But Mech said that the company often finds a way to get the glasses into the hands of the people who need them, through fundraisers, grants and “the creativity of the human spirit.”

For that, Yvonne Felix says she is forever grateful. “Being able to see is a place of being free. It’s truly freedom.”