I’ve been nursing a pretty serious upper hamstring injury for more than a year. To put it bluntly, it’s been a real pain in the butt. I used to run or bike every single day. It’s how I stay healthy and sane. But with this nagging injury, running is out right now, as is hiking, and even the most mellow of spin-classes. But not getting outside regularly for a little fresh air and an endorphine fix? That’s just as bad.

Enter the e-bike revolution. It’s gaining some serious speed thanks to new technology and new companies rolling out an upgraded fleet of semi-affordable electric bicycles. (And it’s taken me to my happy place of regular exercise outdoors again) 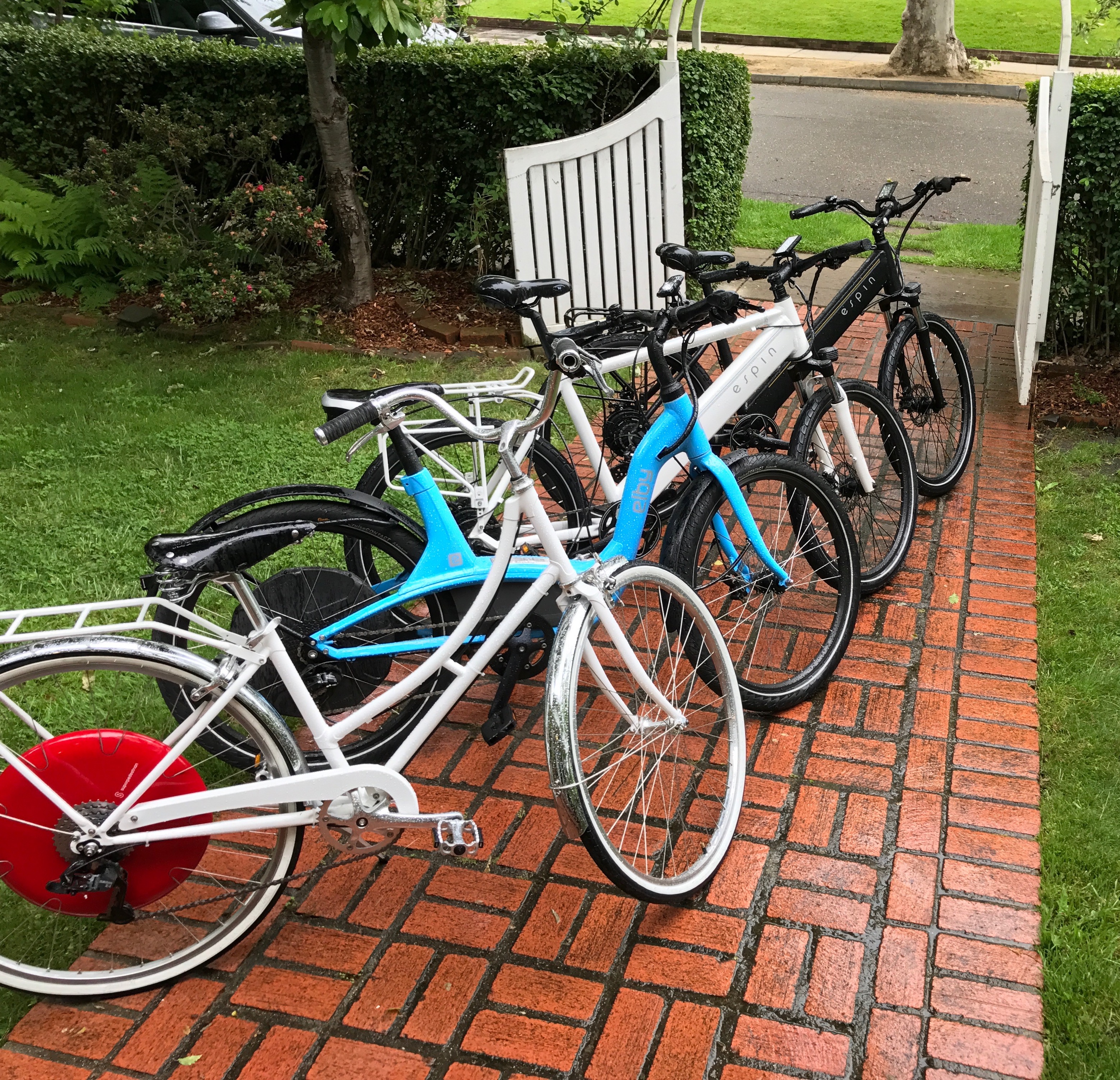 I reviewed a range of ebikes recently including Espin, Elby, and the Copenhagen Wheel. Most of them are categorized as pedal-assistance bikes, which means you can ride each one without any help, like a regular bike, or turn on a battery-powered electric motor to add a burst of power and speed. Depending on where you live, you’re allowed to ride them without a special license, insurance, and you can go anywhere regular bikes are allowed. If they’re able to go faster than 28-mph, you might have to be at least 16 to ride them. The laws vary by state, but I found a good overview here.

To be perfectly clear, these aren’t scooters. The electric motor boosts the power as you pedal. You still ride like normal, but get the added push whenever you need it, like up and over hills, against headwinds, and without breaking a sweat.

You can expect to pay anywhere from $1,500 to $4,000 depending on a range of specific features. They are expensive, but not compared to the cost of driving a car, buying gas, and finding parking in a crowded and expensive city. Most people who ride them regularly in place of cars say they save an average of 1,400 per year.

What it’s like to take them for a spin 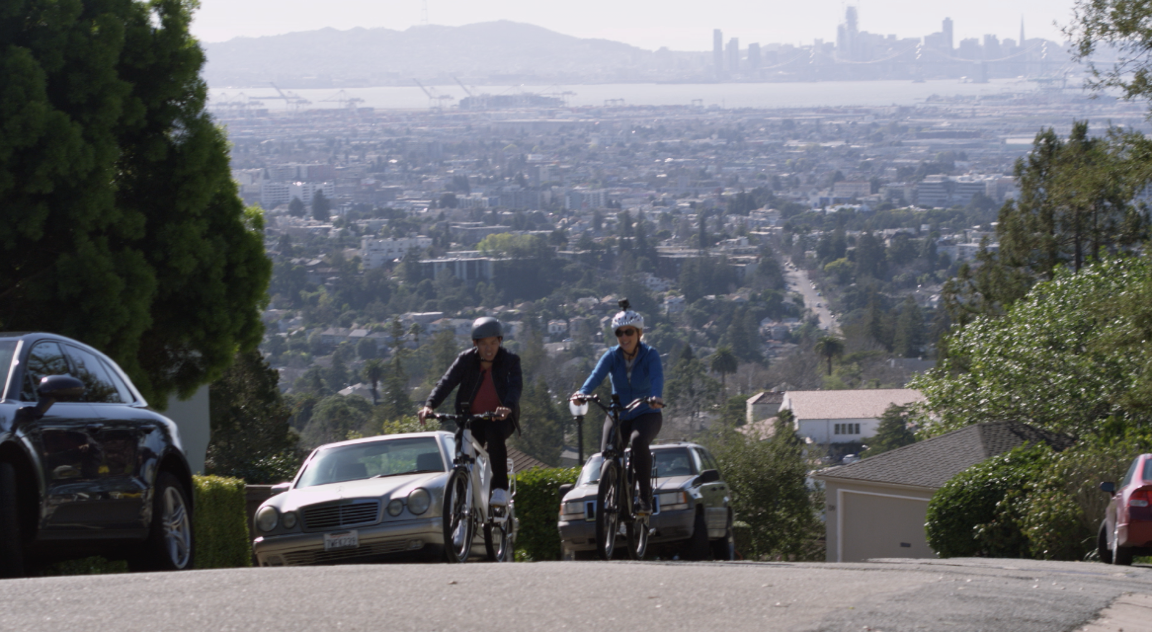 Of the three models I’ve tested, I recommend the $1,888 Espin bikes on the lower end of the pricing spectrum. It comes in two models, the Espin Sport and the Espin Flow. Each contains a removable 350-watt battery that recharges in about 4.5 hours, lasts anywhere from 25-50 miles on a single charge, and can top out at speeds of around 25 miles per hour.

There is a small control hub on the Espin bikes that shows your speed, distance, and battery life. A rear-mounted luggage rack and fenders are handy if you want to ride to the store, haul stuff around, and not get it wet in the rain. If it gets too dark, you just turn on the front LED headlights. Both models are also 5-speed, 8-gear Tier-3 pedal-assist, perfect for commuters, weekend warriors, or anyone who needs a little boost of pedal power. This is the best quality e-bike at this price range that I’ve tested.

If the Espin’s like the Prius of e-bikes, the Elby is the Tesla. 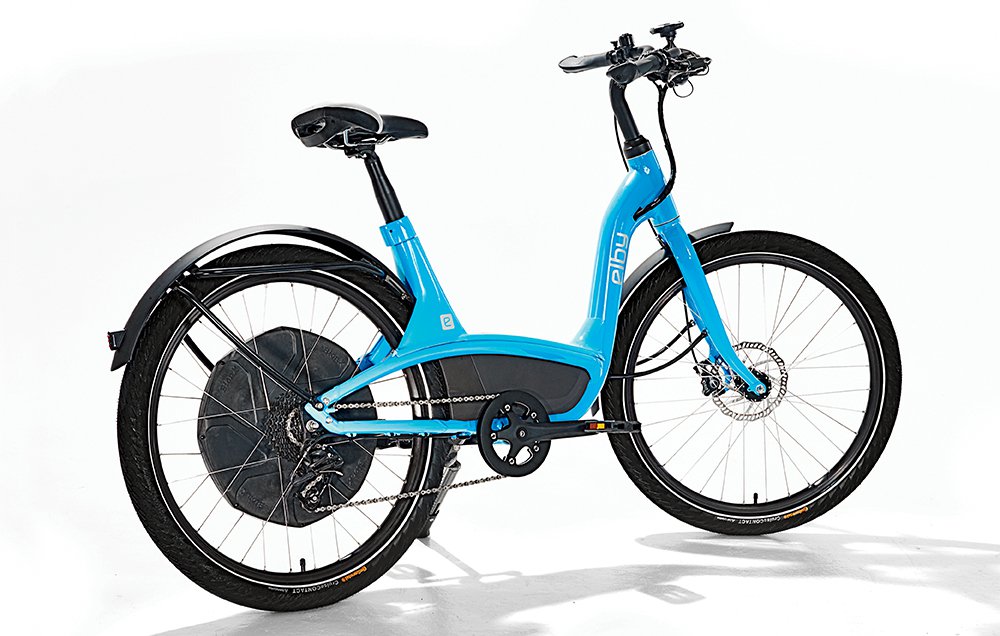 In the higher price range, I can’t get enough of the 9-speed, $3,700 Elby electric bike. This one has a 500 watt battery built into the frame that can last up to 90-miles on a single charge. It takes about five hours to recharge and can go up to 20-miles per hour.

What’s special about the Elby, among other bells and whistles, is the BionX branded motor. It has regenerative braking, just like a Prius or other hybrid car, so the battery recharges when you’re coasting. The company says that feature can extend the range by another 15% percent.

If you get tired of pedaling altogether on the Elby, you can press a thumb throttle on the right handlebar to give it a little juice. I used that a lot riding up a steep hill, and needed to just catch my breath for a second or two. Or when I needed to leave a few macho-spandex-clad pedal-posers in the dust. 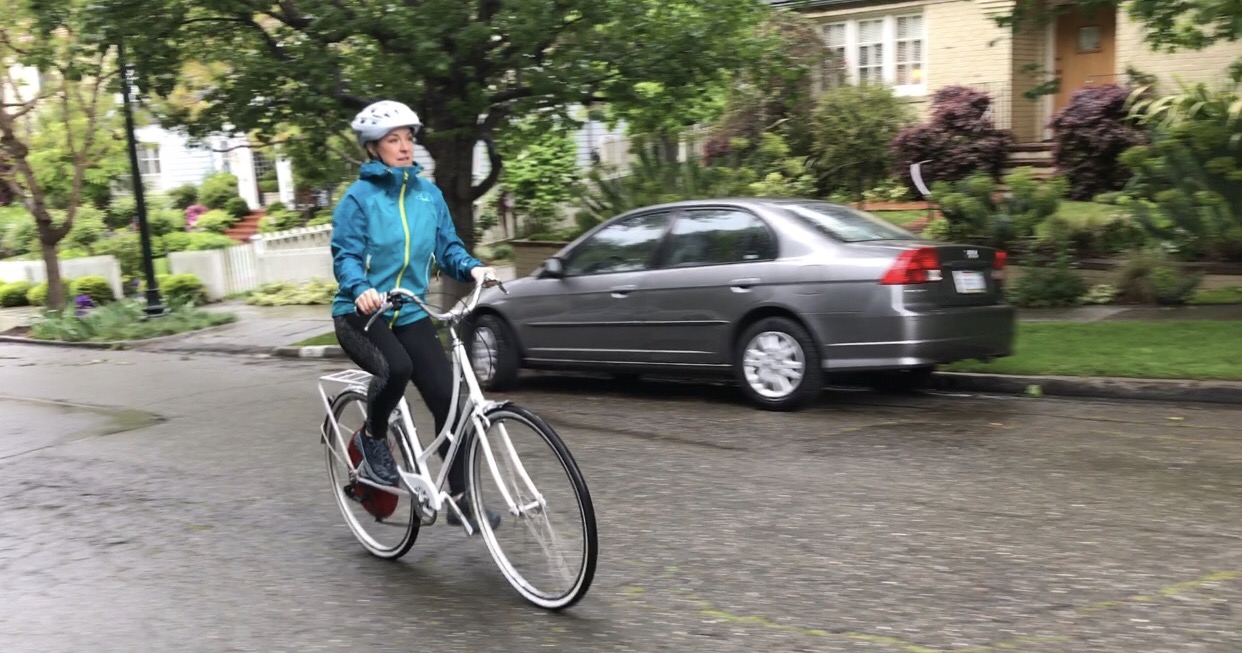 I also tried out a high-tech electric wheel with my current bike called the Copenhagen Wheel. It’s the super snazzy design that came out of a joint project between the Massachusetts Institute of Technology’s SENSEable City Lab and the famously bike-friendly city of Copenhagen, Denmark.

The wheel features an onboard electric drive system powered by a 48-volt battery. It goes about 20-mph and lasts about 30-miles before needing to be recharged. It runs off of an app on your smartphone with a range of impressive features, including automatically unlocking your the wheel when you get close to it.

The Copenhagen Wheels also have a self-diagnosis self-diagnostic system that it calls “Rosa,” to monitor battery, sensors, and more in real-time. That’s pretty cool too.

What makes the Copenhagen Wheel really different though is that it learns from your own riding and pedaling patterns. A company spokesperson explained, “the Wheel analyzes pedal strokes and engages the motor faster than our subconscious responds to stimuli – under 100 milliseconds. It basically learns how you ride and adapts through 70+ sensors which read the micron distortion your legs place on the wheel.”

You can opt for just the wheel at $1,500 or get an entire cruiser-bike from the company for $2,000 (they both also come with monthly payment plans).

So … I’m totally hooked. Riding an e-bike doesn’t take any of the joy out of cycling. In fact, it’s allowed me to work through an injury while still getting outside and staying active. I love it. It will be awhile before I can afford an e-bike, but I’ve started saving up already.

If this piques your interest at all —  be sure to take an e-bike for a test drive wherever you live, and let us know what you think about it, in the comments section below.