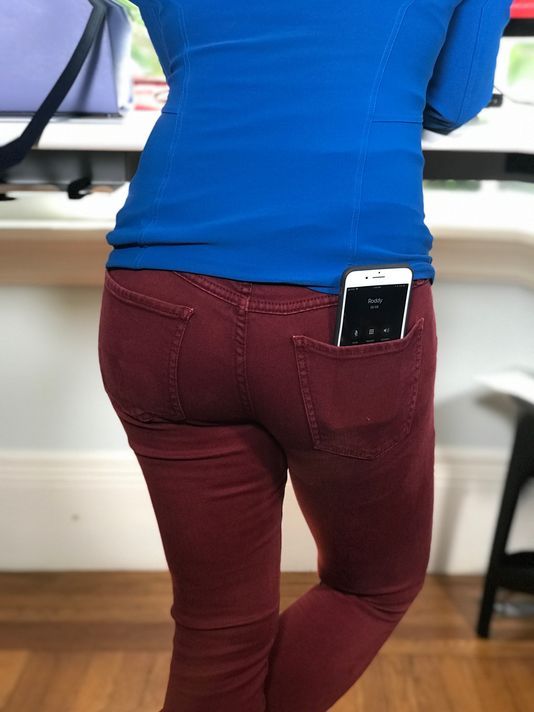 I cannot figure out why my parents both pocket-dial me so much. It happens a few times every week. And while their butt-dials are mostly sweet — I get to eavesdrop on a tiny snippet of their day — I can’t help but wonder why this still happens as often as it does.

In all fairness, I butt-dial an awful lot of people myself, too. And it’s not just me. It turns out some 30% of calls to 911 are accidental, according to a study by Google researchers of San Francisco emergency calls, which was echoed in other locations. Accidental emergency calls not only strain the 911 system, they’ve even popped up in some high profile court cases in recent years and cost important people their well-paying jobs (though sometimes deservedly so).

So why are we still dealing with them, and what can we actually do to stop them?

In the age of smartphones, butt dials —  or “pocket dials” if you prefer — happen for three main reasons. Let’s tackle them one at a time.

The first, most obvious reason is that we constantly forget to lock our phones before tossing them in pockets. True confession: I do this one a lot, too. I have it set to sleep every five minutes, so I just expect to snooze on its own. Most of my butt-dials happen when it doesn’t lock down before I slide it in my pocket or purse.

Pressing the power button to lock your phone screen is the first line of defense, but even that might not be enough if your lock settings aren’t up to snuff. On iPhone, head into Settings > Touch ID & Passcode > Require Passcode and select “Immediately” to ensure your booty doesn’t go on a dialing spree. 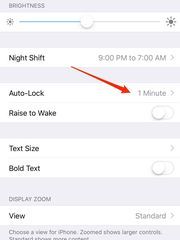 Also, set your phone to automatically lock itself in the shortest amount of time you can stand. Settings > Display & Brightness > 1 Minute (you choose).

On Android, you’ll need to head to Settings > Security & Location and set a screen lock, which can be anything from a pattern swipe to fingerprint or facial recognition. Then, tap the settings icon next to Screen Lock and set it to lock immediately when the screen times out or you press the lock button.

Virtual assistants are also a common cause of pesky phantom calls. Yep, that’s right, Siri might be helpful when you need to know a sports score but she might also be acting as a bad secretary thanks to the magic of voice dialing. Just last night, I said, “Hey Sweetie,” to my daughter, and it triggered Siri. I’ve also noticed that saying “seriously” sometimes wakes her up too. Anything close “Siri,” might wake up the helper and depending on what you say next, trigger an unintentional call. Weird, I know, but it does happen.

On iPhone with iOS 11, dive into Settings, then select “Touch ID & Passcode” and toggle “Voice Dialing” off, since it’s on by default.

While there’s not as much that rhymes with Google, (frugal, bugle…) here’s how to lock down your Android phone too. Voice dialing via “Ok Google” requires the phone to be unlocked by default, so a screen lock will help a lot here, but if you’ve enabled “Trusted Voice” (which lets Ok, Google unlock your phone all on its own) it could still be a problem. Head into your Google app, tap the Settings icon and then the “Voice” tab. Make sure “Trusted Voice” is off.

When your butt isn’t to blame

Here’s another little stunt I’ve done a lot too: I’m searching for a contact on my phone and tap the little phone icon to grab their number, only to realize it’s actually making a Facetime call instead of voice dialing. Talk about awkward.

The fix for this one is all about wising up to your taps. Be aware of it, slow down a tad, and don’t get caught in a situation where you have to blame your butt for a dial you made yourself!

The only true case of your phone calling on its own happens if there’s a problem with the device itself. Everything from software bugs to damaged or faulty touchscreens can lead to what is called “ghost touching.” If your phone is calling people even when it’s sitting on your coffee table, that’s a pretty big red flag that something is amiss.

In those situations, the only option is to take it into the experts who can do something about it right then and there. That means a trip to the Apple store (if you have an iPhone of course) or your carrier, and you might end up walking out with an entirely new phone.