CES2018: Iris scanners in our cars? The coolest car tech from CES that might already be in your driveway 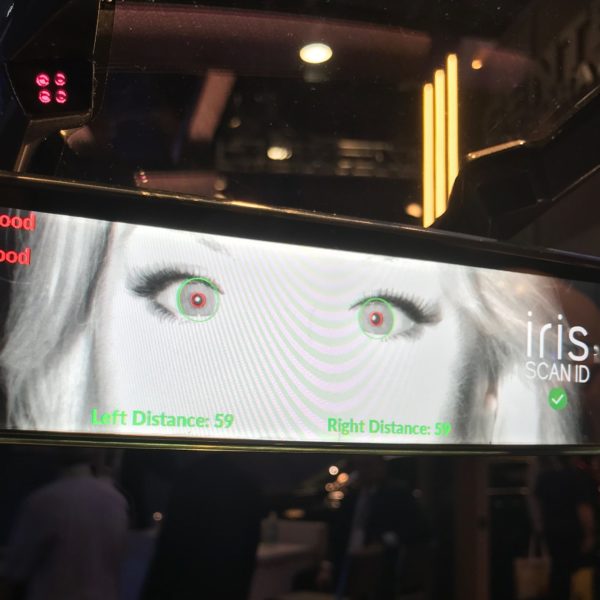 Automakers showed the car tech that will make driving easier, safer and more personalized at CES 2018 in Las Vegas. Some of it may already be sitting in your driveway. 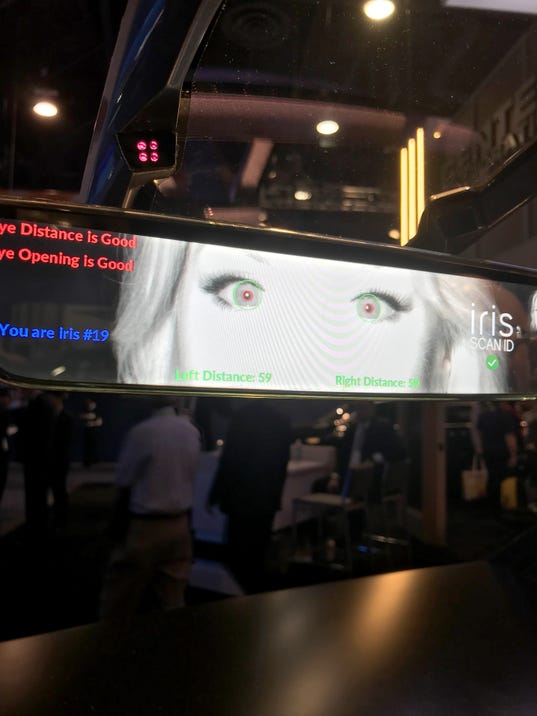 LAS VEGAS — There’s no shortage of far-out, futuristic, fantastical car tech here at CES this year. Everyone’s working on self-driving cars, or cars that read your emotions and  scan your brainwaves. Heck, we’ve even see a flying car.

Sure, some of it’s far-fetched —  and autonomous cars are still a few years out from getting any kind of go-ahead for mainstream drivers — but a lot of this new car tech is closer than you think. Like maybe even sitting in your driveway right now. 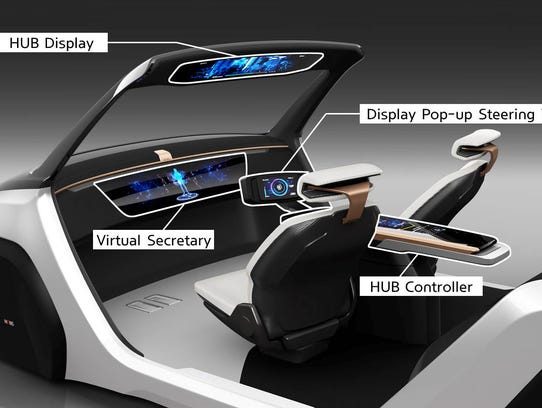 Hyundai introduced its vision of the car of the future at CES 2018. (Photo: Hyundai/handout)

BMW, Ford, and Hyundai already have Alexa voice integration, and Toyota announced this week that Alexa integration is coming out in some of its new Toyota and Lexus cars, too. That means on your way home from work, you can ask Alexa to turn on the lights, turn up the thermostat, preheat the oven, even let the dog out — all before you pull into your garage. Jaguar Land Rover announced something similar called HomeLink Connect that’s also coming out this year.

Self-driving tech already exists in several cars and will continue to roll out in bits and pieces. Ever see a car that can park itself? That Driver-Assist feature is pretty standard in many new cars these days. It uses cameras and sensors to warn you when you’re drifting out of your lane or about to crash into something (or someone) ahead. It’s the baby-steps version of autonomous cars, and it’s getting better, too.

Your next key: your eyes

At the Gentex Corp. booth tucked in a far corner of the cavernous convention center, behind all the fancy robot race cars and connected-car craziness, a rearview mirror just scanned my iris to verify my identity before turning on the car.

The biometrics system means added security — as in the car won’t start if you’re not an authorized driver, as well as the ability to customize everything for you.

“It can adjust the seats, mirrors, steering wheel, load your Spotify account and put everything exactly how you want it,” said Craig Piersma, Gentex’s director of marketing. “We’re using …  Visa checkout to illustrate how you can make payments for gasoline from the car, or pay for tolls, or even parking spots, all with your iris.” The tech is available today.

Cars that can read your vitals 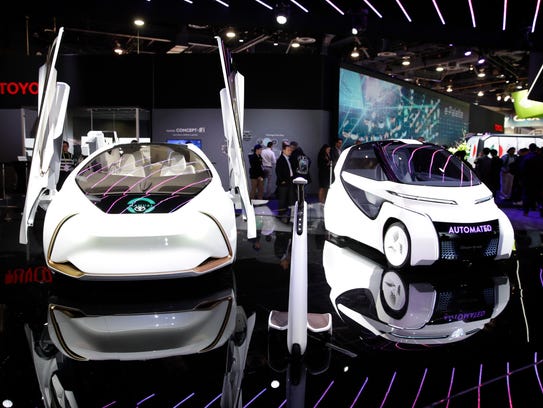 Hyundai and Nissan also showed off biometric features, though still much more futuristic. Hyundai unveiled the Intelligent Personal Cockpit, featuring artificial-intelligence-enhanced voice recognition that can monitor vital signs. Then there’s Nissan’s new mind-reading — “brain to vehicle technology” — that uses brain waves to sense when you’re going to brake or swerve a fraction of a second faster, promising to speed up reaction times for drivers. (No word yet on when these features might come to a car near us though.)

Toyota’s self-driving darling, the super flashy Concept-i we first showed you last year, wants to make an emotional connection with you as well. This is the closest any of the automaker’s demos came to feeling like a real K.I.T.T. car. Through an artificial intelligence agent named Yui, it “talked” to me about various landmarks, restaurants, activities such as biking and hiking, even what clothes I like to wear — all while steering me through a simulation of tourist-filled streets near Fisherman’s Wharf in San Francisco. The idea here? To develop a next-generation car “from the inside out,” says a company spokesperson, “with a focus on making it immersive, energetic and, most importantly — approachable.” Toyota plans to demo some version of this car timed with the Summer Olympics in Tokyo in 2020. 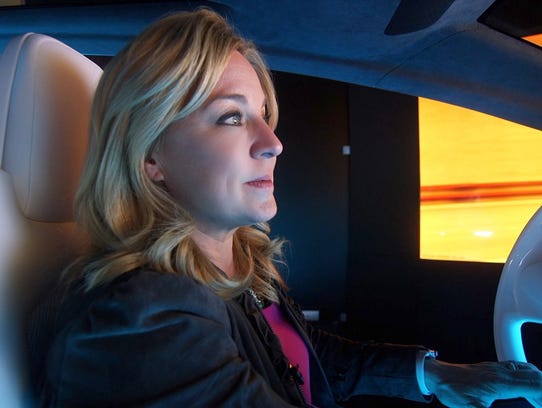 Of course, all this great tech for inside your car has to function in the world outside your car. Ford is the only automaker taking a different approach here at CES. They built a bustling mini-street to demonstrate a vision for integrating cars, bikes, pedestrians, stop lights — and, yes, Ford’s self-driving vehicles — into a safe, seamless, people-centered “City of Tomorrow.”   You can read more about that here.