CES 2020 DAY ONE: These are the gadgets you’ll want to buy this year 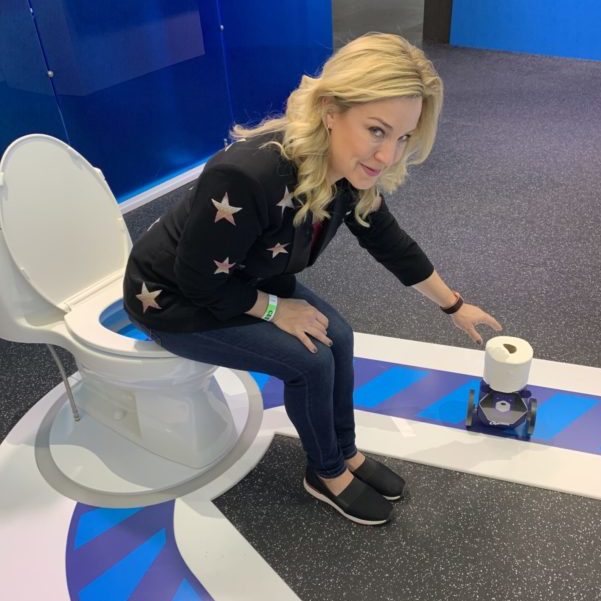 While the rest of the world is just getting over their holiday hangover, every gadget-loving tech enthusiast on the planet is glued to what’s going down in Las Vegas right now. The world’s largest consumer electronics show — CES — is underway and while flying cars,  8K rolling TV’s, curvy laptops, and crazy-futuristic-everything get a ton of buzz, the tech we need and use the most — are getting significant upgrades too: 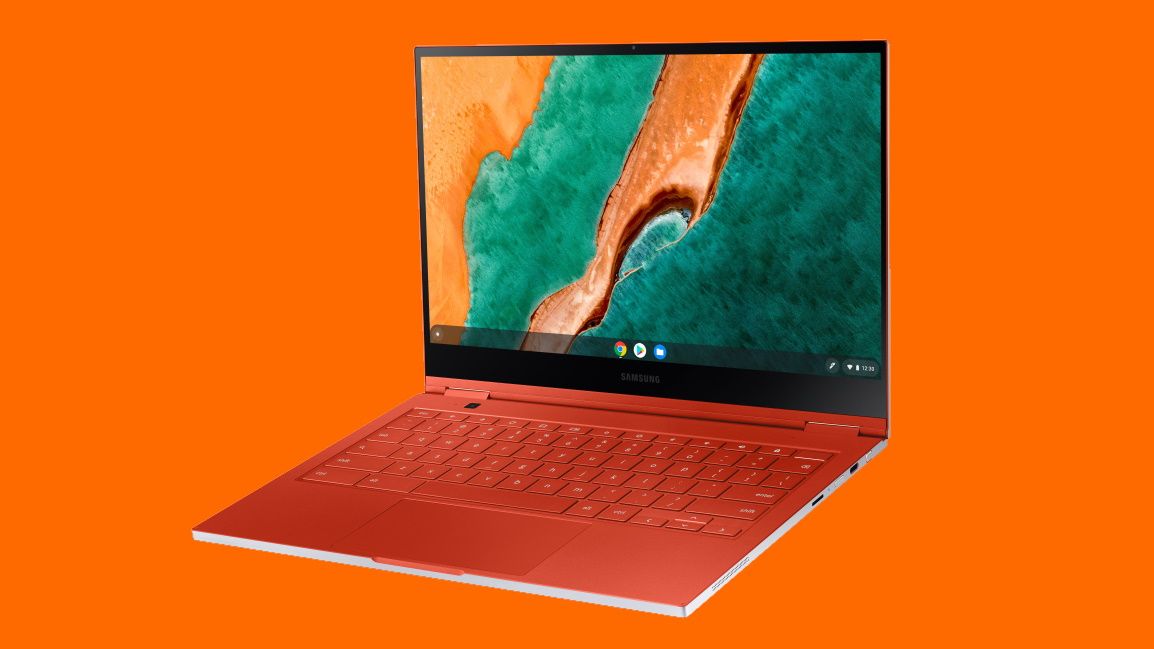 Samsung just unveiled its swanky new Galaxy Chromebook. The aluminum body is less than half an inch thick, and weighs just over two pounds, but features the very finest 4K AMOLED display, with the power to take photos and dual cameras. This PC is built for productivity AND entertainment and offers an immersive experience in a compact, portable, ultra-sleek design.

Plus, the pen-enabled device gives you an instant-on experience like a phone, with great battery life, fast charging and consistent performance whether or not it’s plugged in. It’s expected out in the first quarter of this year, for around $1,000. 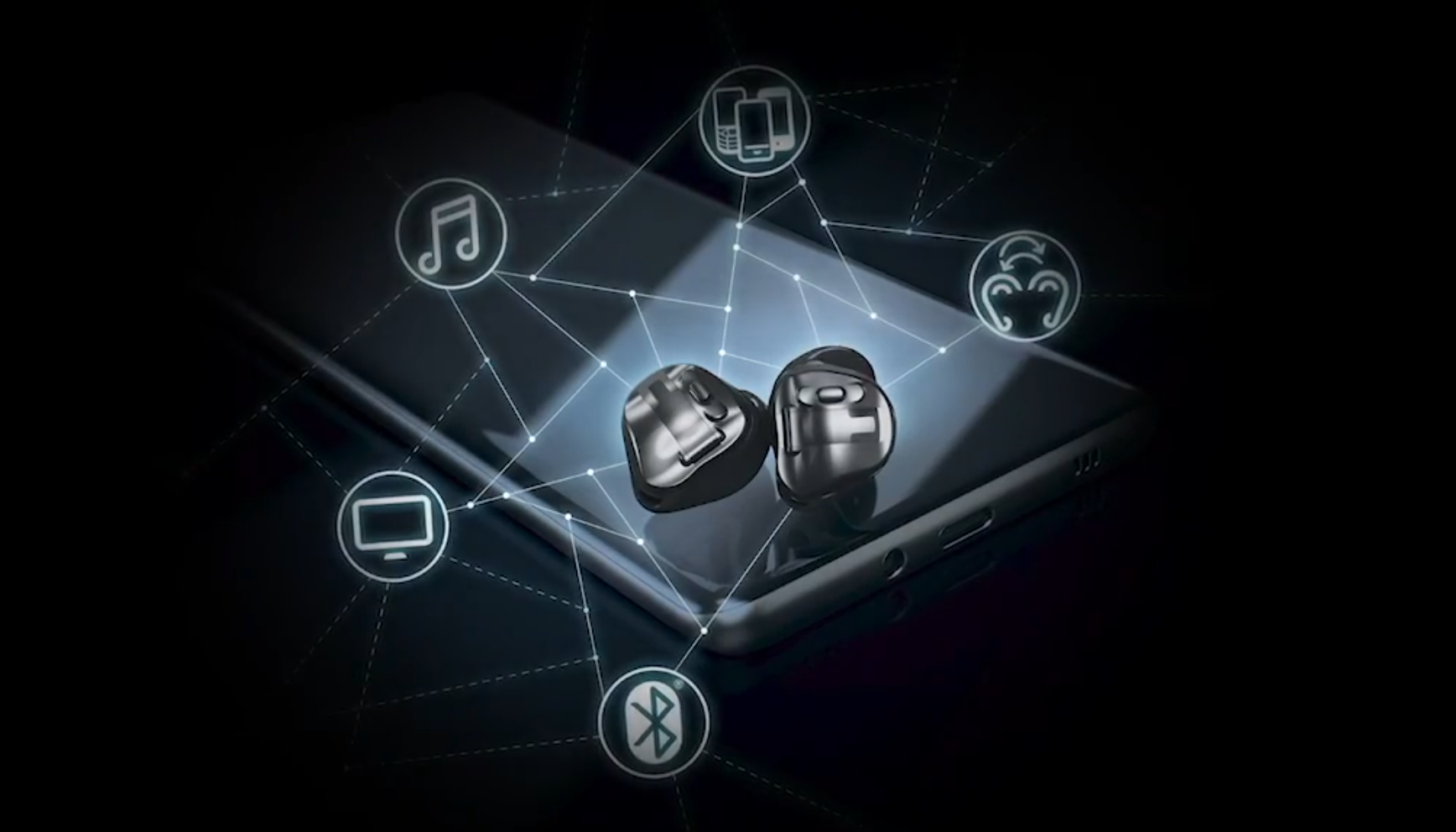 Phonak’s new Virto Black caught my eye, or rather ear, with the world’s first connected hearing aid that looks like an earbud, which even has an updated term, the “hearable.” I’m actually wearing one now — and you’re meant to see it because it looks cool — not like your grandfather’s hearing aid of days long past.

It connects to any Bluetooth phone, tablet, or TV and even pairs with a device called Roger that streams your partner’s voice directly into your ears – perfect for those noisy dinners where there’s a lot of background noise.

Nearly 40 million Americans have hearing loss and one of the top reasons they don’t seek help is the hearing aid stigma.

Available in late February of this year, check with your doctor or audiologist for pricing. 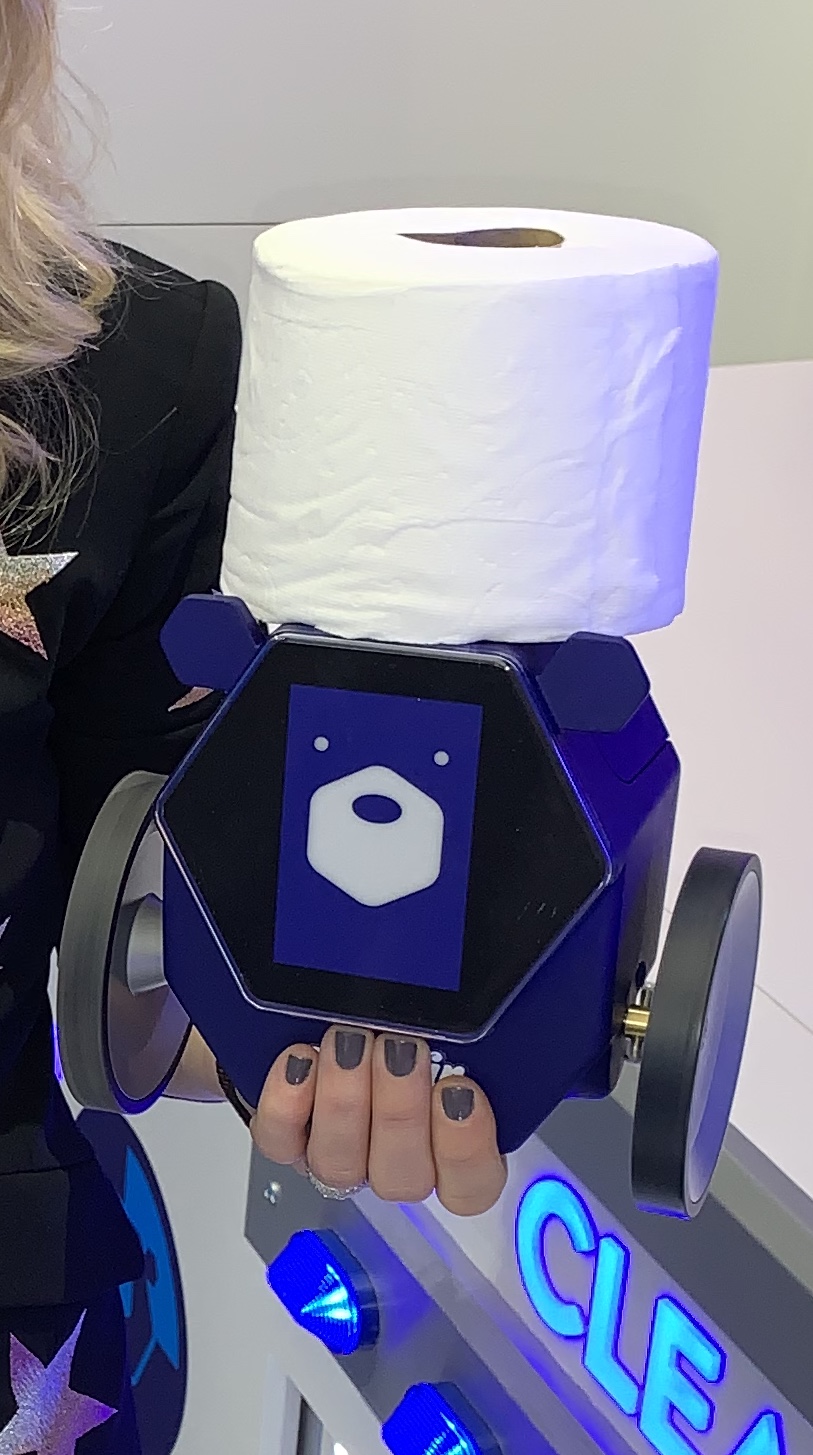 THE MOST GENIUS ROBOT YET

Last year we had smart toilets, so it makes total sense that this year Charmin’s showing off this cheeky-little toilet-paper delivering robot, among other uh… potty-innovations. Charmin — that’s right — is in “don’t squeeze the…” and its’ innovation arm called — GoLabs — focused on helping people “Enjoy the Go” — just unveiled three new concept prototypes:

Roll Bot pairs with Bluetooth on your smartphone so that the next time you’re stranded on the toilet bowl… but just happen to have your phone with you on the john? Roll Bot to the rescue! … he’ll pop in with a fresh roll and no judgment. Genius.

But that’s not all … this little electronic sensor called Smell Sense gives you the whole red light/green light — GO/NO GO display  — on whether the bathroom you’re about to step into is um…up to snuff or needs a little more time to air out….

And for those times you gotta go on the go … say at a concert or sporting event… V-I-Pee – is a premium porta-potty enhanced with VR never miss a beat while on the seat. 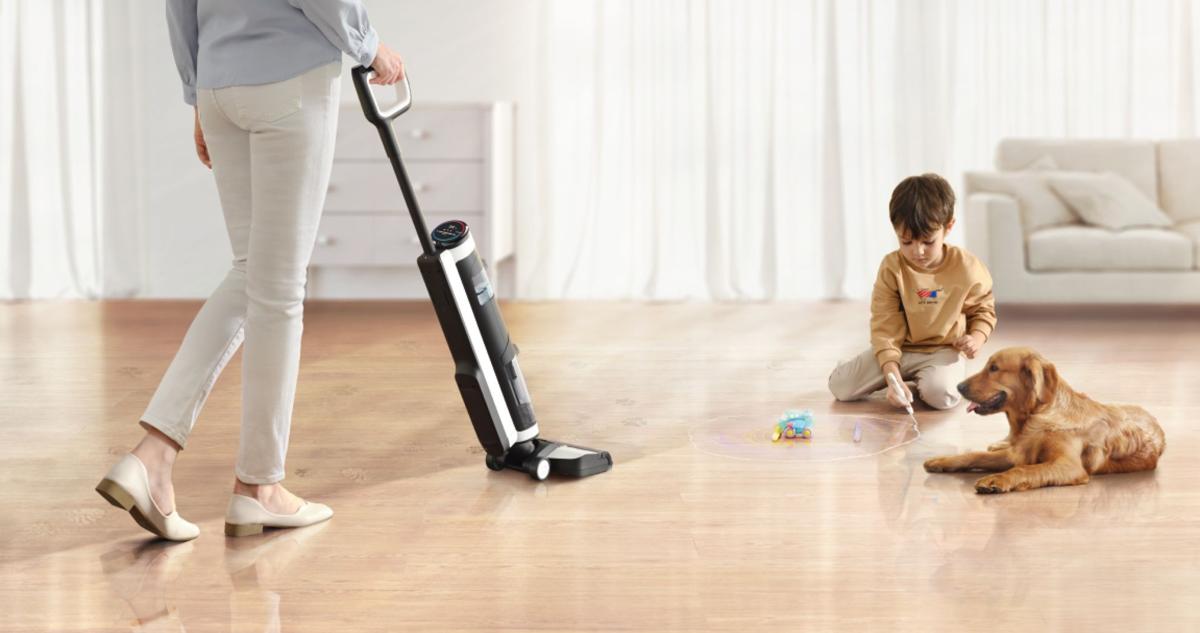 IN THE NEIGHBORHOOD OF SMART HOME TECH

Tineco’s cordless vacuum made my top 10 list of best gadgets od 20198, and I’m excited by what they’re launching here today too. It’s called the FLOOR ONE S3 and it’s the first cordless wet/dry combo smart vacuum that can automatically detect — and remove —  stains from a variety of different hard surfaces — hardwood floors, tile, and more. The company says the secret sauce is its iLoop sensor, which triggers the vacuum and wash system to adjust the water and suction power depending on the type of surface and exactly what it needs to clean up. Mud, milk, dirt, the size of the mess and the sensors can adjust the power. The company is aiming to launch the Floor One S3 in the spring of 2020, just in time for spring cleaning! 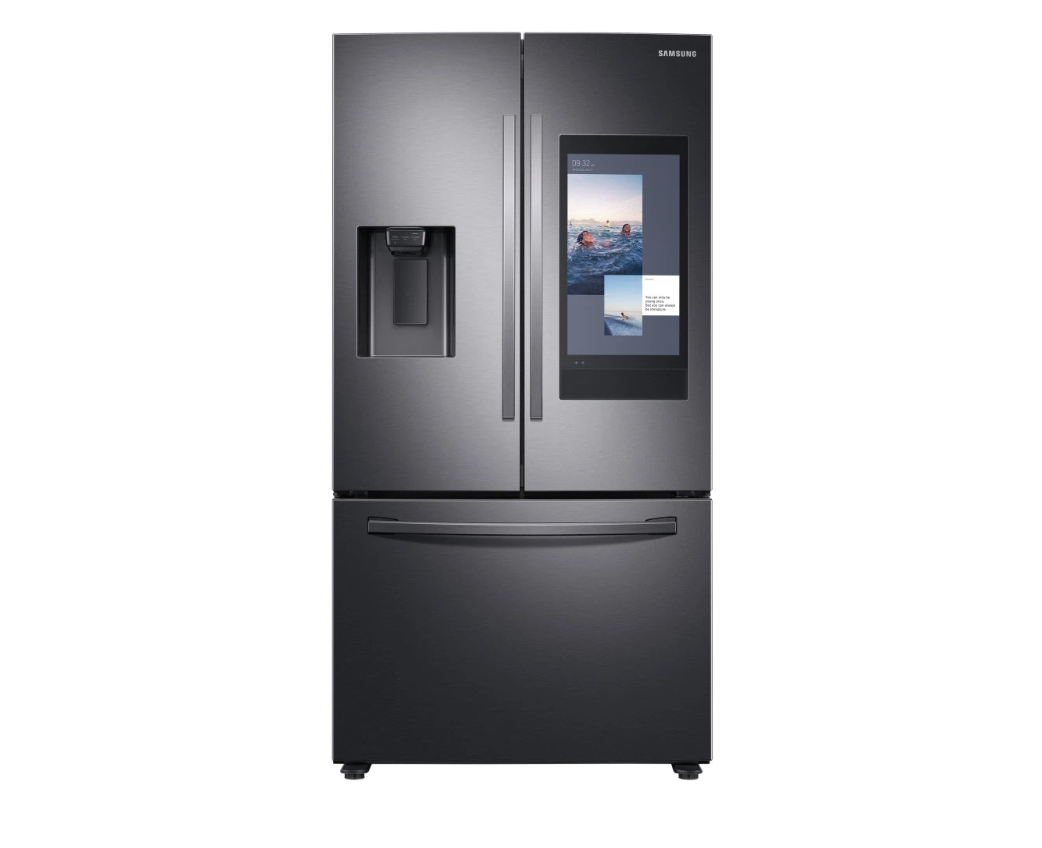 This is the year of the smart fridge showdown at CES 2020, and Samsung just showed us the latest edition of its Family Hub refrigerator featuring AI-equipped cameras that can identify food. The idea is that the cameras can scan what’s inside and let you know what you’re running out of milk, or other must-have’s or even suggest what to cook based on what’s in the fridge.

Samsung says Family Hub for 2020 helps you plan meals, share video messages, and manage your smart home — more streamlined and more personalized than ever – allowing you to spend less time preparing your meals and more time enjoying them.

Follow me on social, or read my columns and watch my videos at USAToday.com/tech for the very latest from my gadget-hunting adventures here at CES.

What to buy
How to Keep Dogs Safe in Hot Weather: Tips & Products for Pet Owners
Home & Family
Meet My Avastars, the first new doll born in the metaverse for play IRL and online
Gift Guides
Gift Guide: The Best Gifts For Dads And Grads In 2022