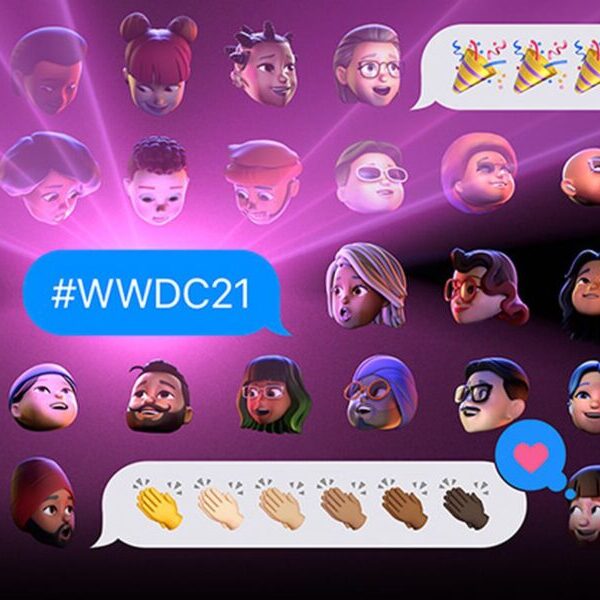 Apple’s Worldwide Developers Conference (WWDC) — the company’s annual conference for software makers — kicked off today with a two-hour keynote address. The virtual shindig showed off a slew of new updates for the company’s major products, including a sneak-peek of iOS 15. No new hardware, this show is all about software and upgrades to make the phone, tablet, watch, or computer better than it already is.

Here are the major announcements, updates, and other news that will impact you and your Apple gadget. 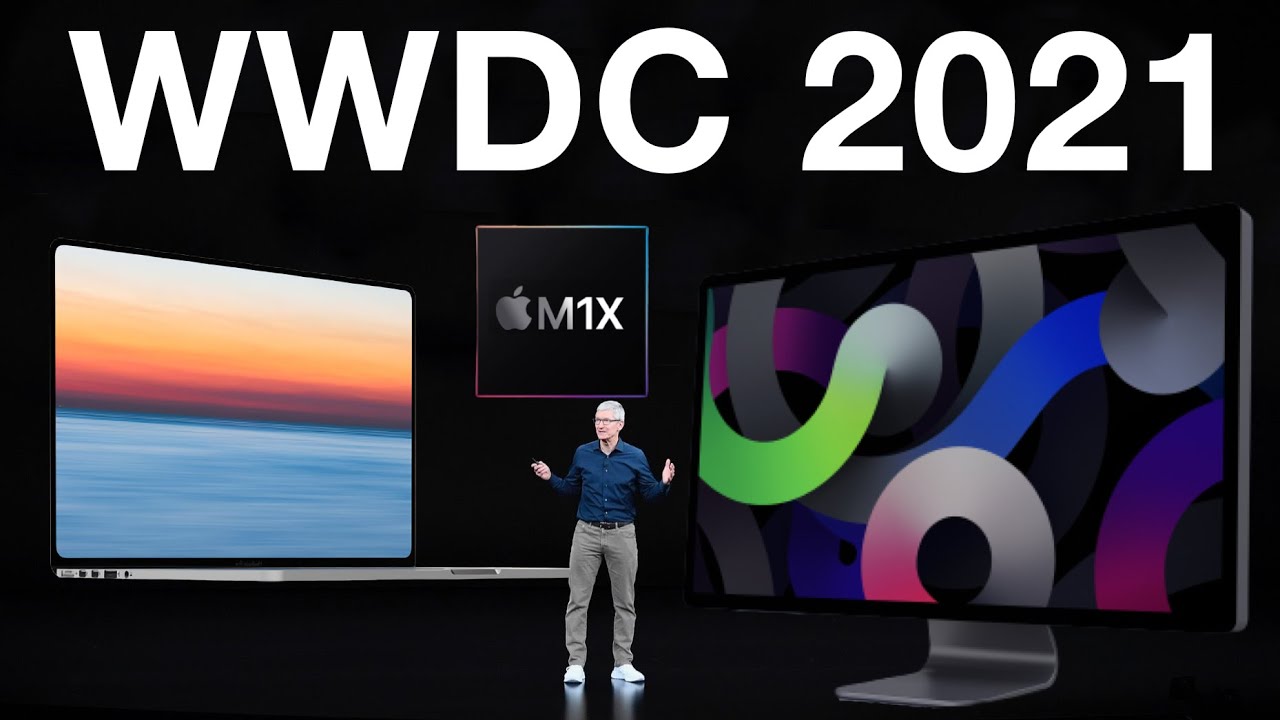 iOS 15: Apple says it helps you connect with others…

…be more present and in the moment, explore the world, and use powerful intelligence to do more with iPhone than ever before.

Sure, that’s probably true, but isn’t it ironic that we need more tech to help us “be more present,” and less sucked-in to the very gadgets that got us in this mess (hooked on our phones, disconnected from real people, etc) in the first place?  Also, does this mean Apple expects us to keep living more a pandemic lifestyle, even as the world opens up and people head back to the office?

We hope to unpack all of these questions as we play with iOS 15 when it becomes available in beta to the public in July. iOS 15 will launch to the general public this fall.

Of the major upgrades to iOS 15, here’s what matters most: 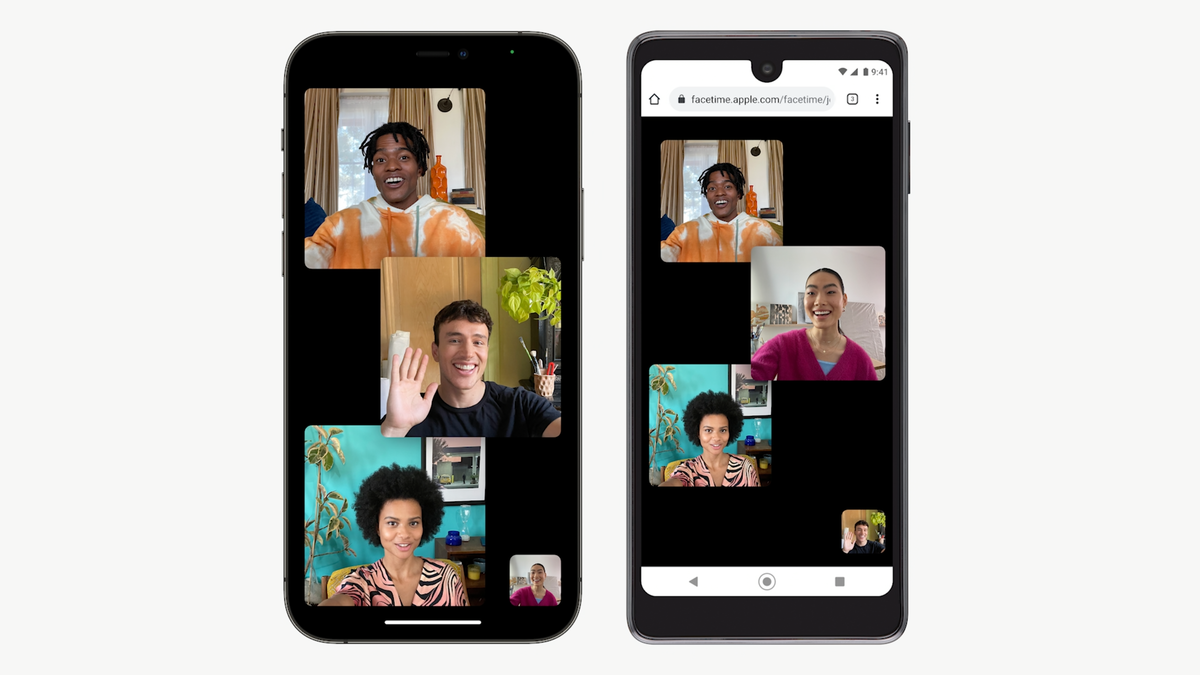 Apple’s really good at doing what everyone else has already done, only better. That’s how I felt watching them kick off WWDC with iOS 15 and some changes to the most important technology of the pandemic: video calling.

Many of the features bring Apple’s FaceTime service up to speed with Zoom, the app that became so popular during the stay-at-home orders, it became a verb.

Better late than never, FaceTime can now hold group calls with all the participants in little boxes. You can also slightly blur out your background — like in a Portrait Mode photo — so other participants on the call can’t see what a hot-mess your background is. New microphone modes can also help separate your voice from background noise.

The biggest Zoom-like change: Previously FaceTime was only useful for immediate calls, not scheduled ones. Now you can put FaceTime calls on the calendar and share a link to them. Even better, those links will also work via the Web for people on Android and Windows devices. That’s not quite a dedicated FaceTime app for rival devices, but it’s a big step closer to making the iPhone work better for people whose friends, family, and co-workers don’t use iPhones. 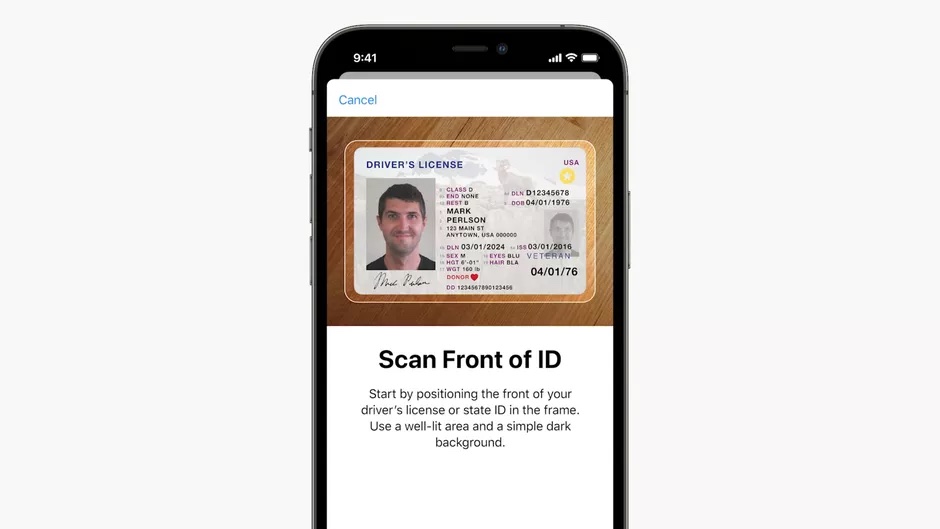 iOS 15 will bring the iPhone a few step closer to actually replacing your wallet, which has long been of the big promises of smartphones.

The Wallet app will now be able to scan and store an official ID such as a driver’s license. Apple said it would only work with participating states, and didn’t immediately say which local governments had signed on.

The Wallet app will also be more useful to unlock doors, with the addition of virtual keys for office buildings, smart locks, and also some partner hotels. 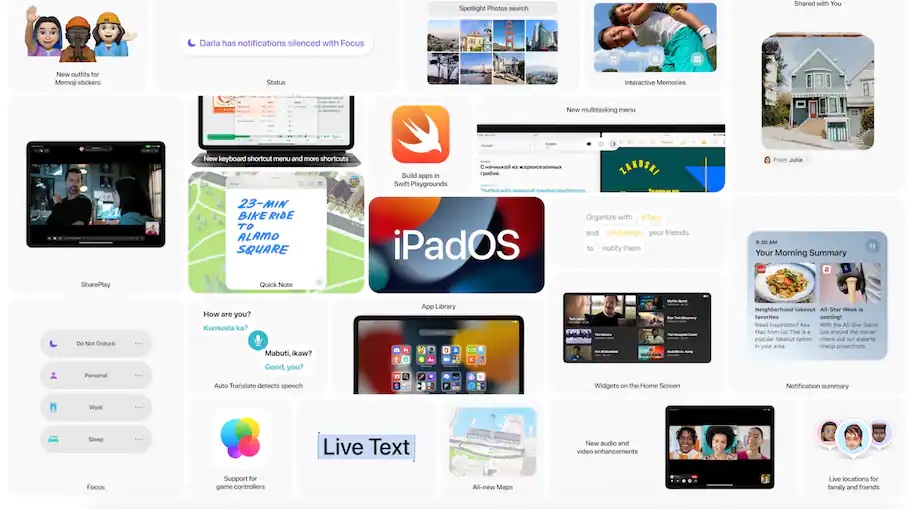 Apple put everything on the iPhone: Your work life, your social life, notifications for everything from vet appointments to breaking world news, and a camera roll filled with thousands of photos.

In iOS 15, it is trying to make it all a little less overwhelming.

Here are some of the highlights of the new features: 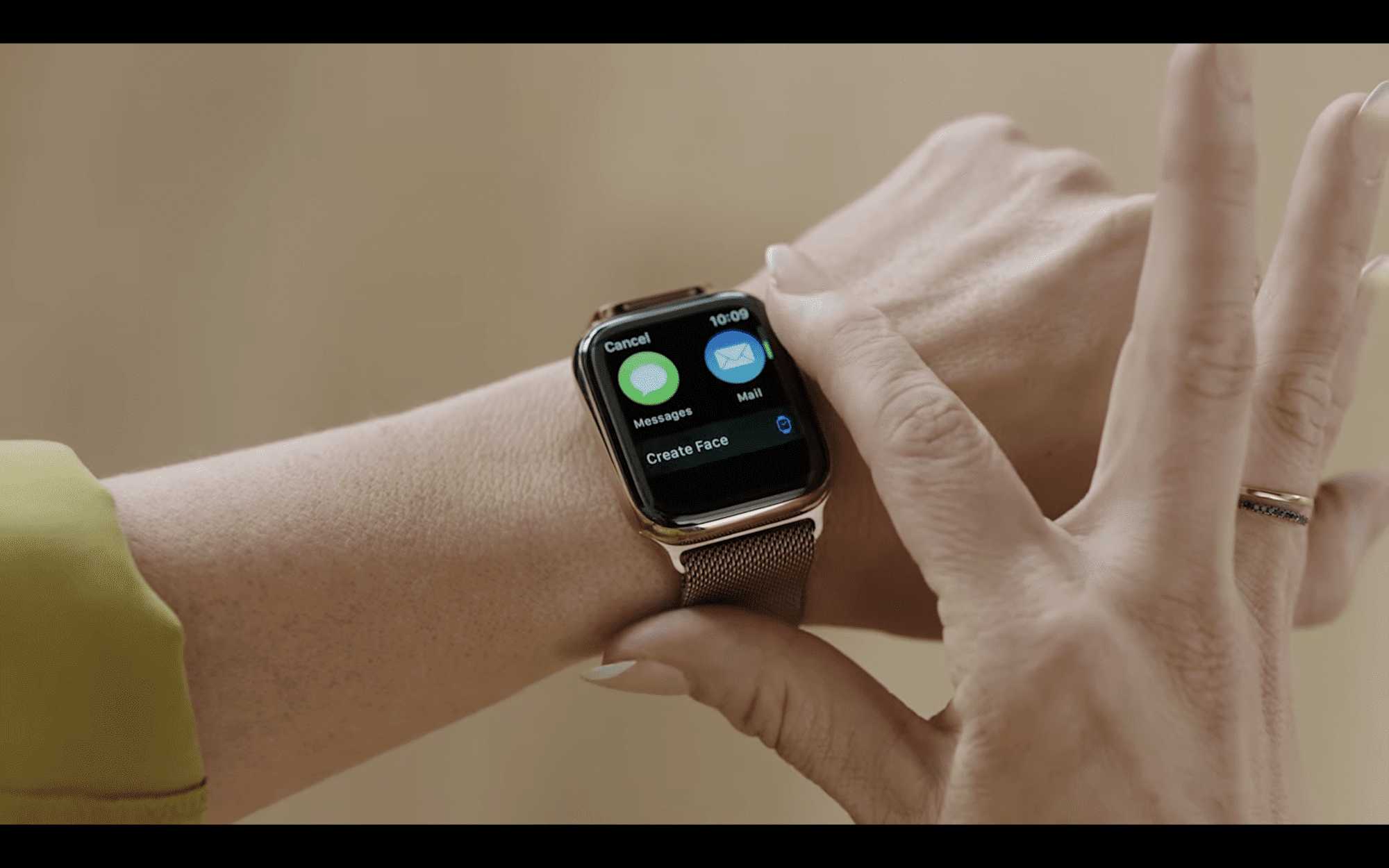 For Apple, sharing is caring when it comes to your health

At the heart of Apple’s health strategy is the belief that to get and stay healthy, you just need more data and monitoring.

The Health app and Apple Watch already collect information about how much you walk (or don’t walk), your menstrual cycles, your heartbeats, and your lab results. Now Apple is adding new ways to turn that information around into reminders from your phone, and into ways for people to monitor relatives.

First, it’s taking all that historical data and trying to make sense of it with trends, comparing changes in activity and vitals over time. It will look at things like your resting heart rate, blood glucose, sleep patterns, and steps to detect long-term changes. Then, it will notify you that, hypothetically, you haven’t moved as much in the past 15 months.

The Apple Watch and Health app features have always had a focus on older users. The latest option turns the watch into a way to remotely monitor the health of older or at-risk relatives, children, or partners. The features will give doctors or relatives access to more personal health information gathered by the watch, iPhone, and through medical tests.

It requires their permission but raises questions about how we increasingly technology to monitor the health of people in our lives.

In addition to the exiting fall detection feature, which uses the watch’s sensors to tell when someone had a tumble and offers to call for help, Apple is adding more mobility sensors. It will track how someone walks and look for signs of decline or unsteadiness, then make recommendations for mobility exercises.

Meanwhile, on the Apple Watch, there is a new feature called Reflect that shows calming, inspirational phrases to help with mindfulness. Which of course you’ll need after you worry about all of the other data it’s collecting. 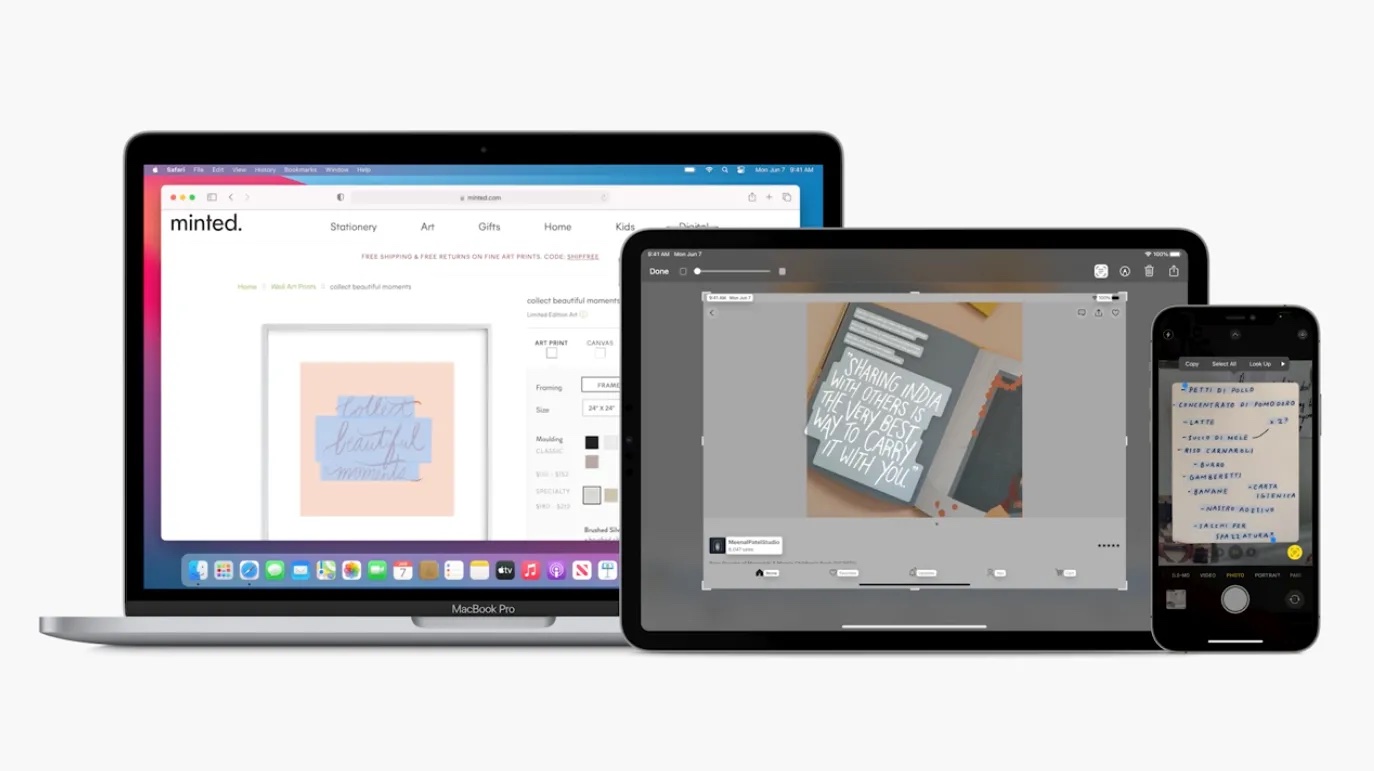 Live Text in iOS 15 uses artificial intelligence to find text in photos or through your iPhone’s camera viewfinder. You can copy and paste the text, or if it’s a website you can open the link. it sounds similar to Google Lens.

In the Photos app, Live Text automatically generates photo tags to its device-wide Spotlight search feature. With a new search feature called Visual Lookup, you search the word “beach” and the iPhone will display any photos that have a beach in them or were taken at a beach. This seems like it’s a huge improvement when it comes to searching through your photos and might help the Photos app catch up to the detailed photo searches you can do in Google Photos. 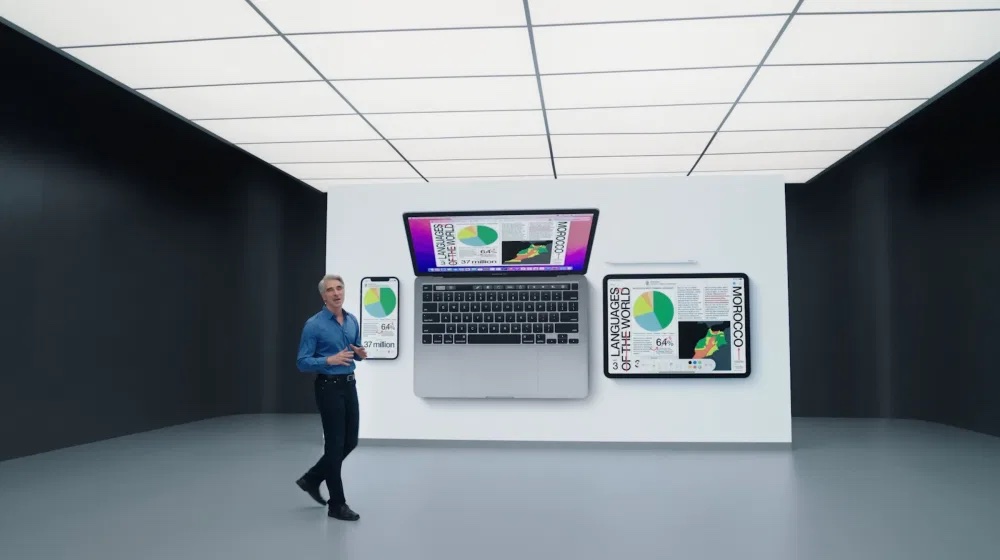 No new MacBook, but MacOS Monterrey lets you mouse from one screen to another

There was no new MacBook Pro announced, something Apple fans have been pining for.

But one update to MacOS, called Monterrey in its next version, was an “oh wow,” moment, even if you’re not quite sure how you might use it. If you’re using a Mac right next to an iPad, you can just keep mousing right over the edge of the screen and start controlling the iPad. Called Universal Control, it also works between multiple Macs — and more than two devices at once. It also lets you drag and drop documents between the devices. 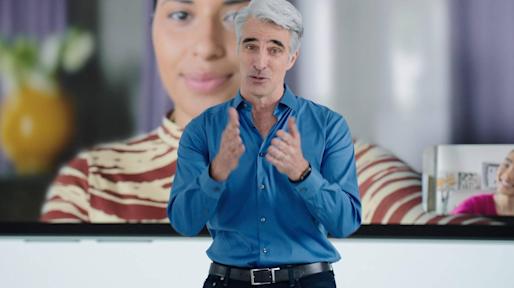 New privacy changes, including some you’ll have to pay for.

The iPhone’s built-in Mail app will combat efforts to track you through e-mail. It will hide your IP address when you open messages with embedded images and trackers, so marketers can’t link your emails to other online activity. It will also hide if and when you open emails.

Also, a new section in Settings called App Privacy Report will fill in a big app transparency gap I’ve written about: knowing what kind of data they take, and how often they take it. This report will tell you how often apps use location, photos, camera, and microphone. It will also show you all the third-party domains apps are contacting, a missing element of the app privacy “nutrition labels” Apple introduce last year.

Apple’s paid iCloud service will now be called iCloud+ and include a service called Private Relay that encrypts the traffic coming and going from your device. That sounds a lot like a VPN, or virtual private network, though Apple underscored its system had been designed so even Apple can’t tell what sites you’re visiting.

Do you have any questions that you want me ask Apple for you (around WWDC 2021)?  Let me know on Twitter @JenniferJolly