You did the back-to-school shopping, signed up to volunteer, set up your car pool and after-school care plans, and picked out the first-day outfit. You are done and the kids are ready! Right?

Didn’t you get the memo? You are no longer merely parent and chief bottle washer, you – or someone in your house – also needs to act as CTO (chief technology officer).

And the main concern right now – in our current hacker-crazed reality – is security.

You can’t just buy the kids a smart phone, tablet, and/or laptop and worry that they might bully or be bullied via social media. You should worry about that. But you also must protect them from hackers, viruses, and other monsters that come in over the signal.

Out of your depth? Not to worry. Here is a quick checklist to get you through it. 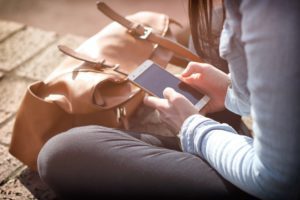 If you thought you did the hard conversations because you’ve explained the birds and bees, try explaining to a middle schooler that she can’t trust her BFF with the password to her phone.

She may already understand that she needs strong passwords. (She doesn’t want teachers looking at her phone.) But ask her, just to be sure. (I find questions more productive than lectures.) “Honey? Do you have a good system for remembering passwords?”

From her answer, you know what you’re dealing with.

Passwords should have between 8 to 10 characters, be a mix of upper and lower case, numbers and symbols. These can be hard to remember. Everything worth doing is hard. But there is no way around it. Everyone needs a system for this.

And that system should not be: Use the same password for everything. If you – or your progeny – lack a genius system, install True Key by Intel Security, which will generate and remember unique passwords for all your accounts.

And, unless you want to risk sharing everything on that phone with everyone online, don’t share that password – with anyone. Not even your BFF.

If you had the condom talk already, this one is easy! If not, it’s good practice.

Never connect to the internet without protection! You will get some sort of nasty virus or worm that will be very hard to get rid of.

Just do it. Make no exceptions. Even one bug can be disastrous.

This goes for phones, tablets, laptops, everything. No. Macs aren’t more secure. No iPhones aren’t immune. Just do it.

Install security software such as McAfee Total Protection, or Norton Security on all your devices before they go online.

My son once worked long and hard on a school project, saved it to a flash drive, and put the flash drive in his backpack. Everything was on track until he realized – when it was time to turn it in – that he also had a high-powered magnet in that backpack. (Magnets erase magnetic storage media. The drive was blank.) He hadn’t saved that file anywhere else.

That was a hard lesson. It is much easier to plan for an emergency. Save online and on a local disk. Copy from the hard drive to the flash drive. Back up those hard drives to another hard drive or to the cloud. There are lots of ways to do this. Do one – or two – of them. Whatever works for you.

Explain the dangers of Wi-Fi

A two-bit hacker armed with an inexpensive tool can sit in a café and collect identities and internet credentials from everyone nearby. It’s cheap. It’s easy. And it’s very profitable. Yet, most people will willingly connect to any Wi-Fi signal they can to get online quick. According to a recent Symantec study, nearly 70 percent of respondents believed their personal information was safe when using public Wi-Fi, even though 41 percent couldn’t tell the difference between a secure or insecure public W-Fi network. Explain this to your kids (and self). And then consider installing a VPN (virtual private network.) That sounds super nerdy. But it’s easy enough. Just install a security tool that does it such as the free one from Avast or a get a subscription service such as Norton’s.

In middle school, my son’s teacher let him use her phone. (Why!?! He had one of his own.) It was open to her Facebook page when she handed it to him. (See first tip here.) He was 12. He changed her status to, “Dead.” Because he thought he was hilarious. Her family in Europe was not amused. (And he felt truly awful about it and didn’t sleep well for weeks.) He got suspended, even though the principal had trouble keeping his giggles at bay, because of the school’s clearly printed Internet policy. Read that. Have your kids read it. Know the rules. Also know what the school’s policy is regarding use of school computers at home and your own devices at school. This can get complicated – even for school administrators – so pay attention.

Be a control freak

According to Pew Internet, 55 percent of parents put time limits or some sort of controls onto their teenagers’ Internet access. That’s good. But it leaves a lot of kids staying awake all night, never getting a break from the constant thrum of social media, or just unable to focus on what’s going on in the real world around them. There are plenty of tools to protect them from too much Interneting. Check out my story on setting up a distraction-free homework space. And consider using your router, or services offered by your cell company (also detailed there) to reclaim sleep, dinner time, and math class.

You taught them to say please and thank you, to ask before leaving the dinner table, not to swear, and that it’s rude to call people names or ask personal questions. Did you also explain that social media requires these – and more – good manners as well? This generation socializes online. And that sort of faceless socializing has real personal dangers. It’s easier to hurt people’s feelings. Easy to not know you did. Tempting to let loose on people you don’t know. It requires more manners to do it well, not less. Not sure of the how or why? Do some research. Then start back with the coaching on please and thank you – with an online twist.

That’s a very good start. But, just like the sex conversation, this is not a conversation you do once and tick off your to-do list. This is like all things parenting: You aren’t done until the nest is empty. (Maybe not even then.)