Meet My Avastars, the first new doll born in the metaverse for play IRL and online 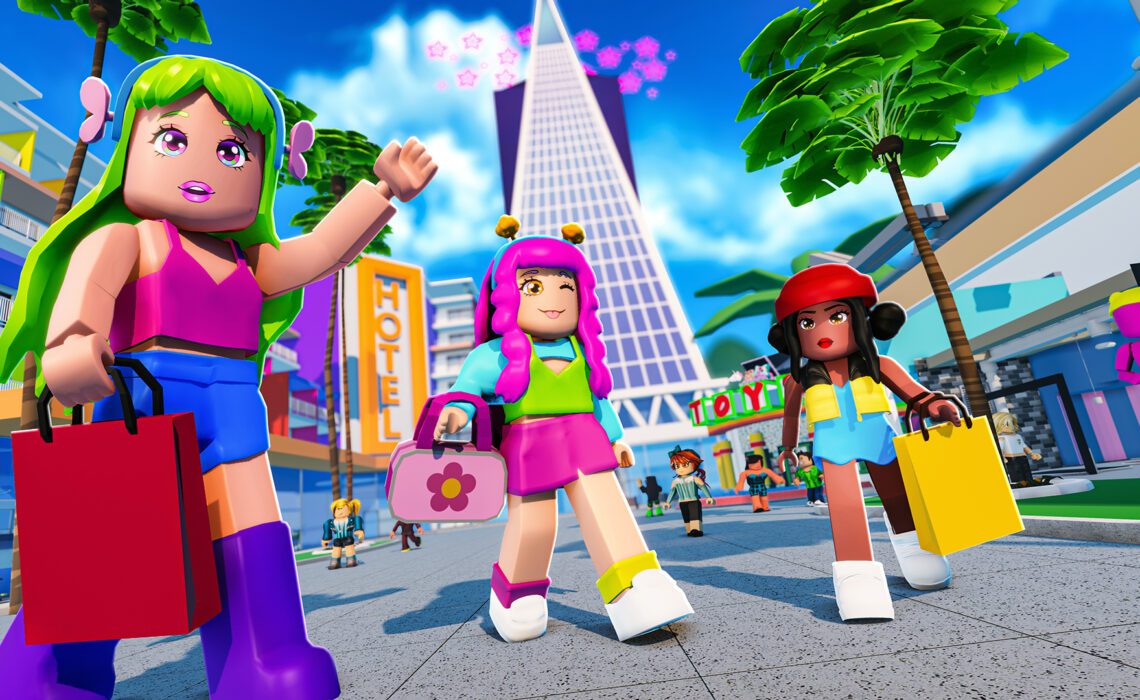 Meet “My Avastars” — a just-launched doll that is the first-ever “born in the metaverse.” Why is this important? Because your 7-12-year-old’s about to know a whole lot more about the metaverse than you do.

Given that this still-fuzzy concept of a future that merges physical reality with the digital world is predicted to become an $800 billion market by 2024, the fact a new $25 kids toy might explain it better than anything we’ve seen so far is pretty darn interesting too.

But how do you marry the world of physical toys — or any physical retail item really — with ethereal objects that don’t exist outside of a digital game world? By making both — of course — at the same time.

Welcome to the future, where a new gold rush is just getting started…with your kids.

My Avastars is a first-of-its-kind collaboration between well-known toy maker Wowwee — of Fingerlings and Got2Glow Fairy Finder fame — and popular title creator Gamefam, the first professional company to utilize Roblox as a video game development platform.

The two companies came together to create this line of physical toys that correspond to a digital character in the upcoming Roblox release, My Avastars: RP, out this July. The roleplaying game lets kids bring their dolls to life online, unlocking new fashions, hairstyles, and even facial features.

The way it all works is simple. Buy the doll — there are three different versions at launch in the $25  “standard pack.” Out of the box, you’ll find the basic form of your choice,  KawaiiPie^^, A_VibeThng, Dreamer_3.0., names that match players’ displays in Roblox.

Each one comes dressed in its signature outfit, and with a signature “personality.” For example, KawaiiPie^^ is meant to be more of a “cute and cuddly” type, while A_VibeThng is a little more punk rock.

Each doll also comes with a mystery “bonus” outfit and reusable sticker packs for more than 100 possible looks. There will also be a $40 deluxe pack later this year with more of everything — good for around 1,000 different looks. It’s kind of like a paper doll concept, but way more futuristic and cool.

Kids can dress her up in real life, in a way that feels just like the game, reflecting their current styles and moods by changing stickers, mixing-and-matching clothing, layering different outfits, switching up hairstyles, and adding tattoo stickers or clothing decals.

Then, they can redeem a special code that also comes with each doll in Roblox, which enables kids to bring their dolls to life online, unlocking new fashions, hairstyles, and even facial features. 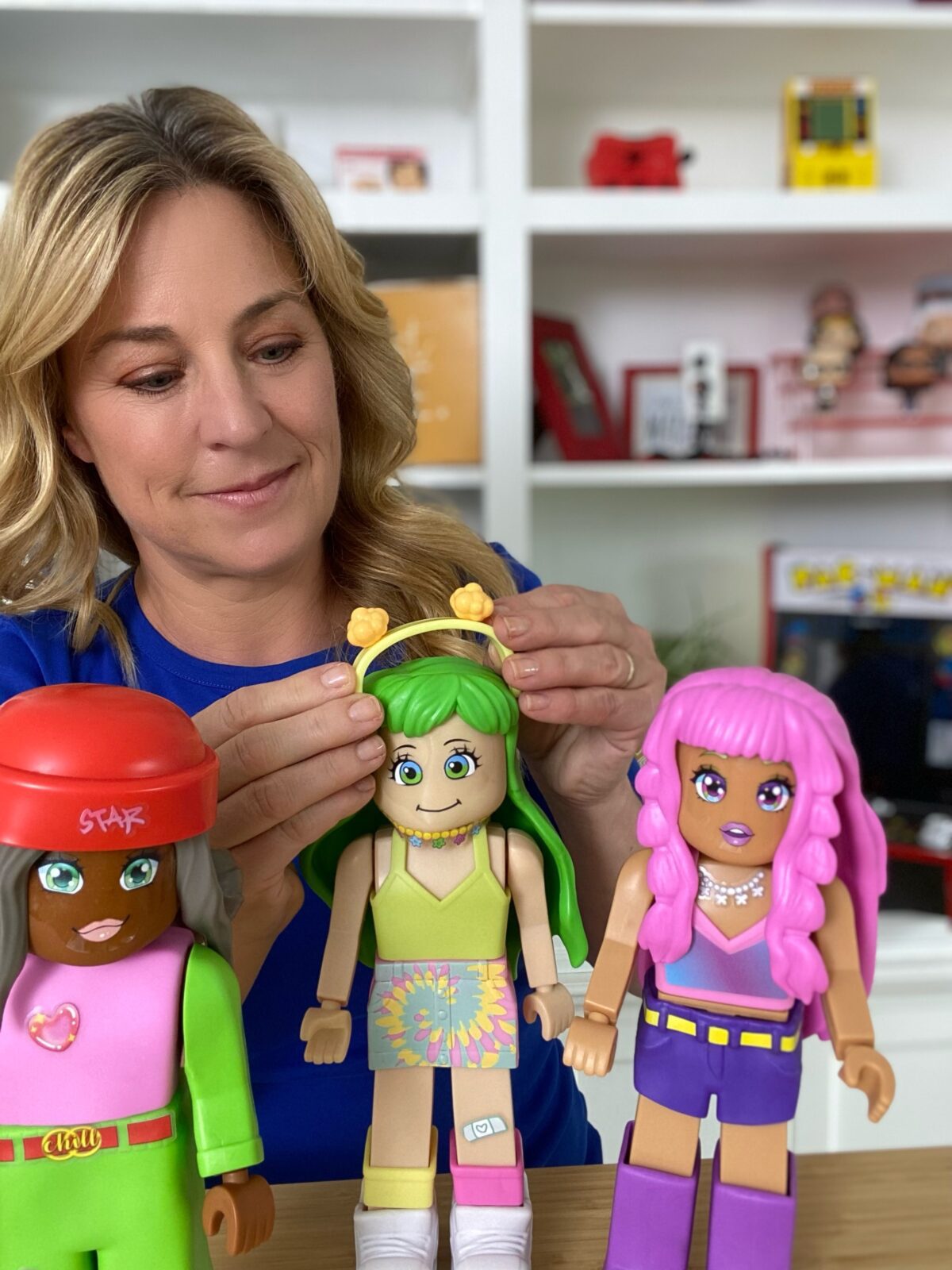 Kids play … for the metaverse

This entire concept delivers directly to the shift in popular play: Part digital, part physical, done alone or with friends, in the real world, or online.

A few things really stand out here: The toy industry is evolving and catering to kids’ explosive interest in gaming. It also zeroes in on a hugely popular digital play pattern — customizing your digital self.

“As a gamer myself, I love customizing my avatar before every session. This digital customization play pattern is so in line with traditional doll roleplay yet I wasn’t seeing this type of integrative play being offered in the doll space,” Sydney Wiseman, VP of Brand Development & Creative Strategy at WowWee told me over Zoom.

According to Roblox’s latest statistics, there are some 50 million+ daily active users. Of those, one in every five people updated their avatars every day in 2021. There’s also been explosive growth in the number of female creators on the platform, which the company said experienced “353% year-over-year growth,” in 2021.

With numbers like that, it’s no surprise My Avastars core demo is girls.

“Half of Roblox players identify as girls, yet when you look at how the toy industry intersects with gaming, its product offerings are focused primarily on action figures and blasters,” Wiseman added. 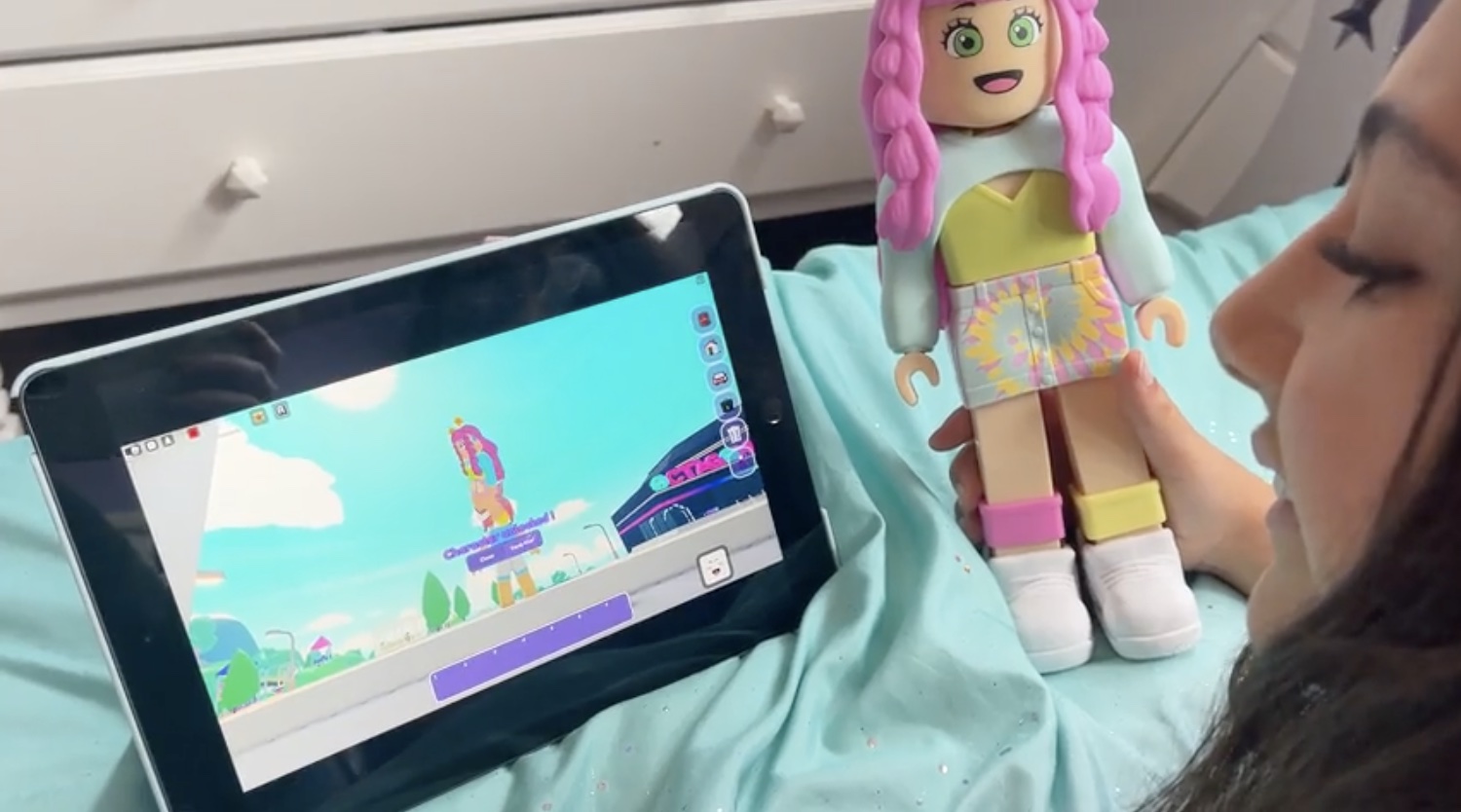 While it’s a first in this form, My Avastars is far from the “only” about to step foot in the toy-meets-metaverse space. Nintendo’s ongoing collaboration with LEGO has yielded some incredible toys, including LEGO-fied versions of Mario, Luigi, Princess Peach, and many others.

These high-tech toys have tiny digital screens for eyes and mouths, allowing them to change facial expressions when placed in different scenarios. Built-in speakers pipe out quirky voice lines that we all recognize, and the interactive playsets — like Luigi’s Mansion, Bowser’s Airship, and Dorrie’s Beachfront — are packed with opportunities for the tiny characters to show off their new skills.

It’s all thanks to special NFC tags that are placed throughout the sets. When you put a character on one of the special spots, they can perform a unique action, like pulling a lever, stomping on enemies, or opening a door. Special sound effects and animations also get triggered, making the experience feel more like a real videogame.

Hasbro, Lego, and Mattel, among others, are all apparently working on some sort of new metaverse-play too. And just this past May, toymaker, Jazwares, announced it’s working with Uplift Games on a new toy line based on the wildy popula Robox game Adopt Me!

Still unsure about the metaverse? Let your daughter explain…

At this point, the metaverse basically represents a 3D model of the internet — a place parallel to the physical world — or a shared virtual space that’s interactive, immersive, and even hyper-realistic.

Meta’s upcoming mixed reality headset, called Project Cambria, teases these kinds of features well. Unless you work in tech — you likely haven’t experienced anything even remotely close to that yet. But with a new toy like My Avastars, your child could be about to experience it first hand. Maybe you can get her to explain it to you.