Keeping Up With The Phoneses: State of Smartphones 2019 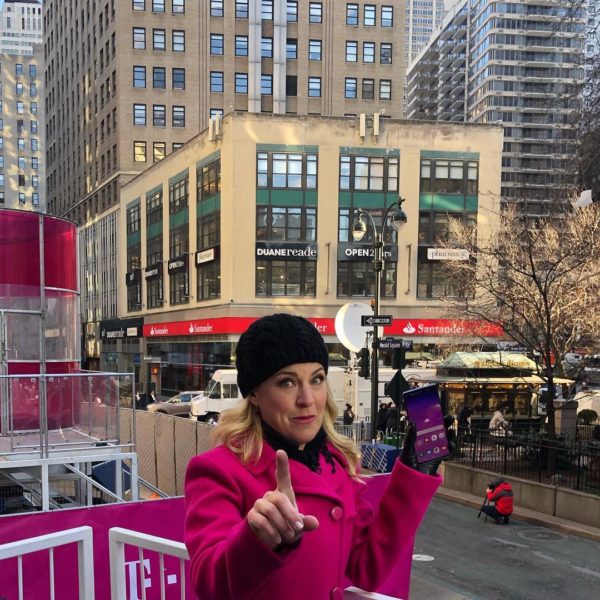 It’s time for mobile makers to put up, or shut up. We need to see revolutionary — not just evolutionary — upgrades. We need better battery life, and we need it yesterday. We need our most relevant must-have gadget to be drop-dead simple to use, unhackable, unbreakable and less expensive. Oh, and how about less addictive too?

We need our smartphones to WOW us again.

State of the Smartphone 2019

The first batch of 2019’s shiny new smartphones — Samsung’s S10 line — landed on store shelves and in people’s hands across the country today. It kicked off a new year of flagship phone launches hoping to invigorate sagging sales.

Samsung felt the pinch with the Galaxy S9, which worried analysts when it failed to match the sales of the S8 lineup. Apple is noticing a dip, too, with iPhone sales revenue dropping by 15 percent the first quarter of 2019 compared to the year prior.

Are people bored with tech’s “next big thing?” Is there any reason to run out and buy the newest, hottest handsets anymore? Not necessarily. Smartphones are built better and simply satisfy us longer. They’re also much more expensive than they used to be and the prices keep creeping up every year. And, it most of us more than a year to figure out how to really use them anyway!

My everyday phone is now the budget version of Apple’s best phone, the iPhone XR. I held out on ugrading from my 8 Plus for a long time, mainly because I felt like I didn’t have time to learn a new way of using my phone (the newer ones don’t have a home screen button). But as soon as I switched over, I was reminded why I fell in love with iPhones in the first place: they work exactly how you expect them to. Without reading any directions, I was able to figure out the home screen navigation, button or no, right away. As someone who tests out as many phones as I do, that alone is worth its weight in gold.

That said, I still want the battery to last longer and want it to be much, much easier to figure out when there’s software somehow draining it by 2 or 3 in the afternoon every single day. But I, like the majority of people out there, fell in love with on operating system (iOS) and really don’t like change. Still, I’m excited to play the field a bit this year. 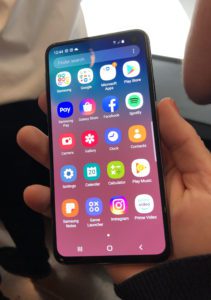 I just picked up the Samsung Galaxy S10+ and by all accounts, it is an amazing phone. This S10+ has five cameras and amazing battery-life – 21 hours on a looping video test. There’s an infinity-O edge screen, with its ultrasonic fingerprint reader built-in. Flip the screen over, and it becomes a wireless charging station for all your other gadgets. And all adds up as close to revolutionary as I’ve seen in a long time.

But do you need it? The answer to that question reveals something about the smartphone market that will likely be true for years to come.

You have to do what’s right for you and for your wallet. 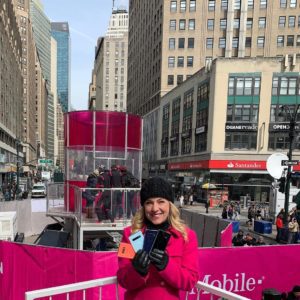 If you have an Android phone that’s more than two years old, this newer lineup one will feel like you’re living in the future. If your current phone is broken or battery dying mid-day, it’s time for an upgrade. And check out the latest price points and deals. Is there a way to snag a new smartphone and save money throughout the year too? I spent Friday morning with T-Mobile in Herald Square in New York. They reminded me that the Samsung S10e starts at just $21/ a month on an Equipment Installment Plan (EIP) and that T-Mobile ONE customers get taxes and fees included, Netflix on Us with family plans, and bonus travel benefits that come to $1,550 in added value every year.

Know When to Hold It, Know When To Fold It

Folding phones are getting all the hype so far in 2019. Samsung also debuted the Galaxy Fold in February, and embattled Chinese smartphone maker Huawei matched them with the foldable Mate X. These devices up the ante by doubling up the screen size of a normal smartphone and folding it in half. It also gives us something really revolutionary to get excited about.

But is it the next big thing? Not if your wallet has anything to say about it. The Galaxy Fold carries a price tag of $1,980. The Mate X — which will be hard to buy for anyone in the United States due to government restrictions on the company’s devices — will cost even more — priced at 2299 Euro or around $2,600.

As much as I want everyone to ooh and ahh when I show up the most amazing new tech around, I can’t imagine shelling out that much money for a first-run folding phone-tablet. Is this really going to recreate the “screen envy” craze of years past? If it sells like hotcakes, you can expect the folding phone trend to grow, but if nobody wants to shell out two grand, it could be a gimmick that dies a quick death, which is what happened when Sony tested similar waters a few years back. 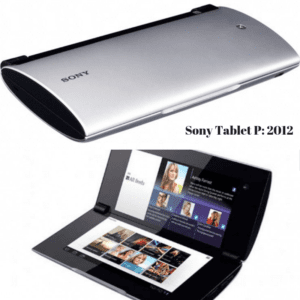 I still own the Sony Tablet P, though I haven’t used it since 2012. It’s a sunglass-case shaped, dual-screen, folding tablet that debuted at CES 2011 for $600 and was dead in the water by the end of 2012. Was that a gadget before it’s time or a sign of more shuttled ideas to come?

Keeping Up With The Phoneses

We used to buy new phones like we buy new watches, cars, or even the hottest new handbags. Having the best new shiny gadget was as much status symbol as a do-everything device. Now, even those of us who cover tech for a living suffer from mobile-malaise. The overall tech is older, a lot more expensive, and I like to think that we’re all a bit wiser about it all too.

Today, the main reason to get a new phone usually comes down to your current device having poor battery life after being used all day, every day, for months on end.

Samsung is already betting big on 5G, and it’s definitely ahead of the pack in adopting the technology in its newest flagship, coming out later this year. But again, we’ve been through this before, and each new step up in network speed means a long, drawn-out adoption process where you never really know when your city is going to get the latest tech and greatest speeds.

For most of us, unless your phone is falling apart, there probably won’t be a good reason to buy a new flagship phone anytime soon, and maybe not even in 2019 whatsoever. Of course, I say that, but every year I hope Apple has something up its sleeve to disrupt and truly deliver again. I am actually holding my breath on that.

The few who desperately need to be on the cutting edge of mobile tech — and are for some reason willing to drop a huge amount of money on one of the few foldable phone options that might hit shelves in the next few months — might get a couple of compliments at a local Starbucks with a Galaxy Fold or some other eye-catching oddity, but they’ll be in the minority.

Today, I fall in the “wait and see” camp. Whether it’s from age, a tighter budget, or a bit of “wired wisdom,” it all comes down to wanting to be truly wowed again. I want this life-changing gadget to do more — and after all these years going all-in to the newest, latest, greatest — I don’t think it’s too much to ask.

What do you think? Be sure to let us know in the comments section (I really do read all of your emails, and love to hear from you!)