Beating robocalls and telemarketers on your home phone 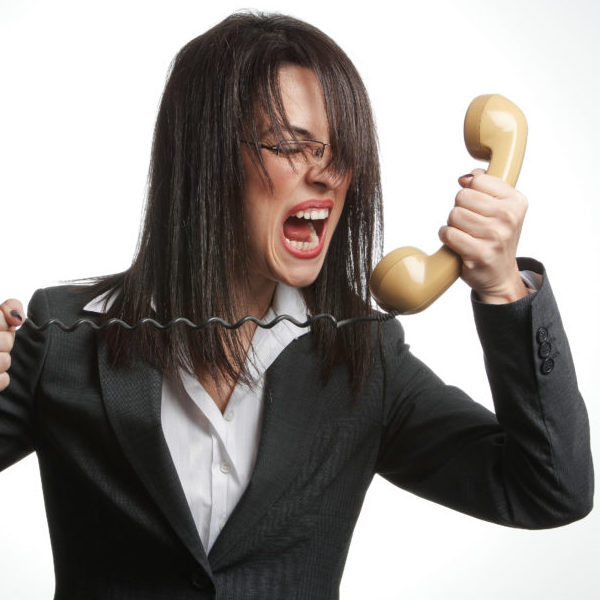 Blocking those annoying robocallers on your cell phone is a serious task that I’ve already tackled, but if you’re still getting the constant calls on your home phone it can be just as big of a headache. Here’s how to kick those creepy callers for good!

I know, it doesn’t work well, but still get on the list

The first line of defense against pesky telemarketers and scam solicitations is the Do Not Call list. It’s managed by the Federal Trade Commission and you can add yourself to the list by registering your phone number on the FTC’s website. It’s very simple and takes only about a minute.

Telemarketers and robocallers who don’t follow the rules and call numbers that are on the list anyway can face huge fines, but only if you report them. So, if you’re already on the Do Not Call registry and are getting robocalls anyway, be sure to file a complaint.

In a perfect world, this would be all you’d need to do, since every telemarketer and robocaller is supposed to follow the FTC’s Do Not Call rules to the letter. Unfortunately, some unscrupulous vendors really don’t care and will spam your phone number anyway, which brings us to…

You can use a feature called Anonymous Call Rejection to mitigate robocalls by pressing “*77” on your phone. When you enter *77, you’ll hear three short beeps to let you know it’s activated, and then you can hang up.

After enabling it, all calls that are identified as Anonymous, Private (a favorite of robocallers), or Blocked are restricted from contacting you. You can turn the feature off whenever you want by pressing “*87”.

NoMoRobo was one of my top recommendations for stopping robocalls on your smartphone and it’s just as great for blocking bad deals on your home phone.

NoMoRobo requires a paid subscription to use on smartphones, but it’s totally free for landlines. It automatically blocks nearly 500,000 confirmed robocallers and doesn’t use annoying ads or any other goofy tricks to get money out of you — it’s just plain free.

The only catch is that it only works with VoIP phone service, meaning that if you get your phone through an internet or cable provider like Charter, AT&T U-Verse, Verizon Fios, Comcast Xfinity, Vonage, or several others, you’re good to go, but traditional “analog copper” phone lines aren’t supported.

To sign up, just head to the NoMoRobo site, choose your carrier and put in your email address, then follow the directions in the registration email.

Never interact with a robocall – When you get a robocall, even if you’re on the Do Not Call list, never push a button or speak to a representative even if the robot voice tells you to hit a number “to be taken off the list.” In some cases, the robocalling system will flag your number as being active and legitimate, which will have the opposite effect, and will just lead to even more calls in the future. If you get a robocall, hang up and immediately report it to the FTC.

Don’t call back – You might be tempted to try to call the number of a telemarketer to request being taken off their calling list, or even just to give them a wicked piece of your mind. This is a bad, bad idea. Sometimes, robocallers will spoof their number on your caller ID, making it look like they’re calling from a number that they’re really not, and if you call it back you’ll probably end up talking to someone who has no idea what is going on.