USA TODAY: Robocalls making you crazy? Here are 5 ways to stop them on your smartphone: 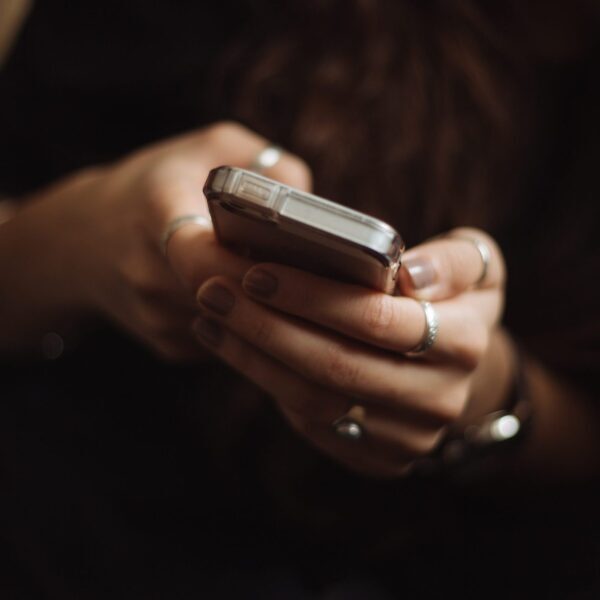 Remember back in the day when your phone rang, and you would answer it? Robocallers have ruined that. Now we stare suspiciously at every call and send unknown numbers, even when it looks local, straight to voicemail. And for good reason!

So far, in 2021, scammers have made 22 billion calls nationwide. That’s roughly 67 calls to every man, woman, and child in America. Answering calls from an unknown number invites a scammer – and in many cases, actual criminals – into your life.

Here are the five most straightforward ways to block robocalls and eventually get them to – mostly, hopefully, fingers crossed – stop calling us for good.

The FTC says robocalling – which it defines as calls meant to sell your something without your express permission – is illegal, period. Full stop.

Every time you engage with a scam caller, you’re encouraging a criminal industry to continue harassing us all.

I know it’s tempting to “try to mess around with the scammers.” I’ve heard from hundreds of people throughout the years who think they’ve found the exact right way to annoy the annoy-ers – and oh, isn’t that great fun?

But the truth is, every single time you engage, even a little, it paints a giant red target on your head and means you will get more calls, period.

The FTC says robocalling – which it defines as calls meant to sell your something without your express permission – is illegal, period. Full stop.

Of course, there are a few exceptions, including political calls about candidates running for office, charities asking for donations, reminders from a pharmacy to refill a prescription, or automated calls about a flight getting canceled, along with a few specific other cases.

But all those calls about your car warranty running out, owing money to the IRS, or even that text message about a package you need to pick up? Those are more than likely big old spammy scammers – the whole lot of them.

Make your smartphone do more of the heavy lifting. Android and iOS devices have standard built-in settings to filter unwanted calls.

For iOS: Go to Settings > Phone > and turn on Silence Unknown Callers.

This feature still lets calls get through that come from your contacts, numbers you’ve called, and numbers Siri recognizes from your email and text messages.

Yes, you run the risk of missing a legitimate call, but 99% of the time, a genuine caller (versus Autobot or scammer) will leave a message (and you can call them back as soon as you finish dinner).

For Android: Tap the phone icon > then the three dots in the top right of the screen > Settings > scroll down to “Caller ID and spam,”> enable “Filter spam calls.”

Android phones vary by device, but most have similar settings.

3. Use your carrier’s call-blocking tools

New regulations mandate that cell carriers provide the STIR/SHAKEN standard technology to block known spammers or alert you when the call is probably a scam. Your plan usually includes this, but you might have to opt-in or install an additional app.

AT&T’s ActiveArmor is a security suite that comes as part of your cellphone plan and that proactively detects and prevents many of the most common threats. Most people will need to download the free AT&T Call Protect app to customize robocall protection and create a personal block list. You can also add the AT&T Mobile Security app which provides breach reports, along with other additional functions. To make sure you have them on and enabled, go to the app store, download both apps, and follow on-screen prompts to get them up and running.

T-Mobile/Sprint Scam ID and Scam Block: These are the two free anti-robocall tools you’ll need to take an extra step to enable on your smartphone. Scam ID tags suspicious calls and Scam Block stops the calls before they ring through to your phone.

Verizon Call Filter: This one automatically detects spam and blocks suspicious calls on a wide variety of phones. Most Verizon phones come preloaded with the Call Filter app already enabled.

If you check your settings and don’t see it already at work on your device, you can download it from the App or Google Play stores.

Smaller carriers have until June 30th to implement similar technology under the TRACED Act, so your protection still might be on its way.

Basic apps not cutting it for you?

The big carriers also offer free and “premium” versions of additional robocall blocking worth checking out including:

4. Use a third-party, dedicated scam-stopping app

If you just want to end the insanity, there are some great third-party apps to explore. They all use a variety of sophisticated algorithms, lists of known fake numbers, and other proprietary tech magic to flag and filter scam calls.

Here are three of the best:

It’s tough to beat this free app that also powers AT&T’s Call Protect app. When a call comes in, Hiya analyzes the number in real-time and compares it with a massive database. When it spots a spoofed or scammed line, it automatically blocks the number. You can also report and block numbers through the app.

Similar to Hiya, Nomorobo uses algorithms and a massive database to filter legitimate calls from scams. If an incoming call gets flagged, the app intercepts it and hangs up after your phone rings once. This was my favorite of all of the robocall apps when I did a several-month-long, in-depth review back in 2017. The app did such a good job, I stopped getting robocalls for a few years, even after I stopped paying for it.

This app offers a bit of vengeance with a side of humor — at the scammers’ expense. It uses an algorithm to figure out if the call is fake, then blocks and reroutes it to its own automated “Answer Bots.” One minute that poor, unsuspecting criminal is trying to rob you blind, and the next, he’s talking to a man whose wife is about to give birth, a smuggler on a canoe, or even a certain former president who loves to troll the trollers.

The whole idea behind this app is to waste the scammers’ time and maybe even shame them into finding another profession.

Caveat emptor time: All third-party apps come with a word of warning to read their privacy policy before downloading. TechCrunch reported in 2019 that some of them shared users’ phone numbers with analytics firms without explicit consent.

Okay, this one is a long shot, but man, would it ever bring some sweet, sweet justice.

It’s the DoNotPay app‘s (iOS, Online) Robo Revenge feature. Think of it as a sort of digital scammer sting operation.

Robo Revenge generates a burner credit card number to give to the scammer on the other end of the line, who’ll give up their contact information when they try to use it. The service then creates legal documents and walks you through how to sue the scammer for up to $3,000.

I went to the site on my laptop, created a fake card, and took a screenshot of it so that I have it ready for that next scam call. Not that I’ll answer it… but if I do… I’ll get those b$%$@*ds!