Political text messages blowing up your phone? Here’s how to stop them: 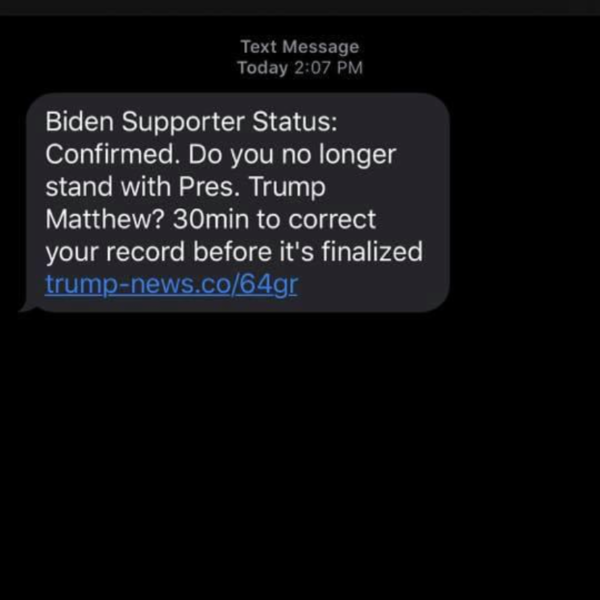 Set your message notifications to silent, and get ready to ignore a whole bunch of texts. Unless you want a lot of extra reading on your smartphone, that is.

Americans are expected to get hit by more than three billion political texts between now and Election Day, and it’s already driving some people (aka, me…) crazy.

Here’s an unsolicited text — with an obviously threatening tone — that my friend Matt received last week: 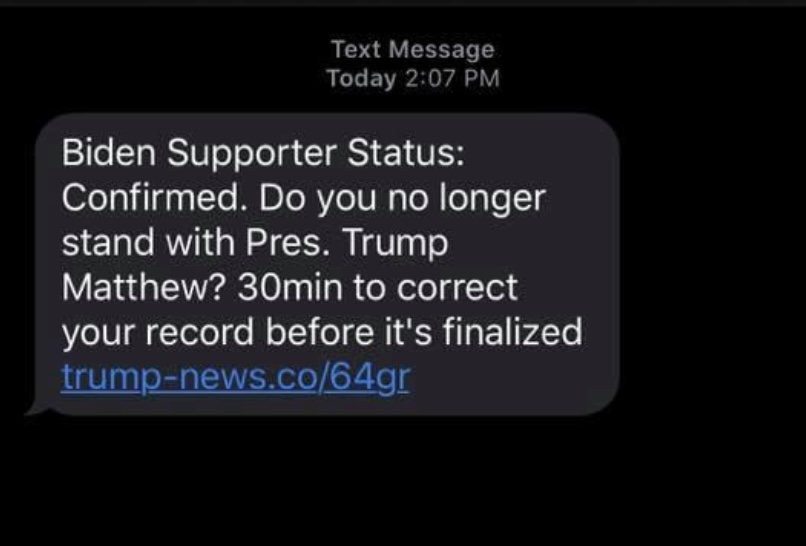 Call and text blocking app RoboKiller put out a new Political Insights Tracker that gives us some pretty keen insight into national data around political text messages and robocalls. What they’ve found is that the sheer volume of calls has gone down over the past month, while the amount of texts is skyrocketing. The RoboKiller data shows Americans received 2.7 billion political text messages in the month of September – up from 1.8 billion in August.

The good news is that you can actually hide these annoying texts, starting with a simple filter on your own smartphone. This is handy to know even beyond this election season because scam robotext messages are a growing problem too.

On an iPhone, open the Settings app and tap Messages. Scroll down and select Filter Unknown Senders, then swipe the toggle setting “on.” This sorts messages from people who aren’t on your contact list into a separate list. You’ll still see that you have a message, but you can delete it with a simple swipe to the left. Make sure you have notifications turned off for Unknown Senders, too, so your phone doesn’t ping, blink, or play the opening theme from “Schitt’s Creek.”

For most Android phones, tap the three vertical dots in the Messages App and then tap on Settings. Now tap on Spam protection and use the Toggle button to turn it on. These steps can vary depending on which Android phone you have, but most work in similar ways.

As long as a person working for a campaign actually sends the text to you (person-to-person texting), it’s not illegal, according to Federal Communications Commission guidelines. But robotexts in particular – text messages generated through autodialing – are illegal and fall under the same rules as robocalls.

Most legit political texts will have a line that says, “reply STOP or unsubscribe to stop receiving messages.” The FCC says campaigns should “honor opt-out requests if you reply “STOP.” It also says this is typically the easiest way to get rid of unwanted texts, though you might have to email or call the organization and ask to be removed from their list or reply “STOP,” more than once, too.

How did they get my number?

All states allow access to voter data for election purposes. That means information about your political party affiliation, address, and even past political donations can make you a target for a swarm of unsolicited texts.

The last bit of advice here from the FCC is to report messages that don’t follow the rules by filing an informal complaint with the FCC at fcc.gov/complaints. You can also forward the unwanted texts to 7726 (or “SPAM”).

If all else fails, remember this should be over soon. Then, we’ll be back to dealing with all those other crazy just-plain-scam robocalls and robotexts. Oh, joy!