HOW TO: Spot Fake News 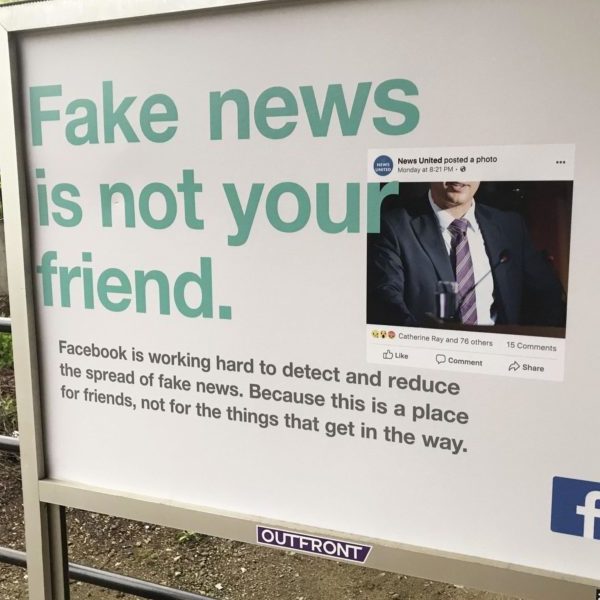 The term “fake news” has, lately, been tossed around like confetti by everyone from politicians to relatives to random people on Facebook to propagandists. The term is used so often and with such intent to deceive that it has, in itself, become a form of disinformation or propaganda.

Spotting fake news is difficult because information is complex. But when you proclaim an idea – especially if it’s from a credible source – “fake” because you disagree with it, that’s misinformation.

If you are confused and troubled by these terms – fake news, misinformation, disinformation, propaganda, deep fake, etc. – and the effort it takes to discern what’s real and what’s not, you’re not alone. This is one of the great problems of our times. It is very confusing. Because confusing us is the very point of it.

None of this is new, though. Specialists have used methods to discern good information from bad for hundreds of years. And there are ways – the same ones those specialists have always used — to stop the spread of bad information. You just have to learn – very quickly – to be a specialist in identifying fact, bias, disinformation, and fakes.

The first step is to understand what’s happening.

Fake news has been around for as long as humans have communicated. Shakespeare wrote characters that used misinformation to create tragedy – some of his plays were propaganda, paid for by kings. Propaganda has been used by kings, generals, governments, and spies for eons.

In World War 2, the British used fake radio news to fight the Nazis. Roman emperors used slogans printed on coins to win power. Greek playwrights used it to further political ideas. It is, and always has been, a powerful weapon.

Why is it – seemingly only recently – such a huge problem?

“We’ve probably had fake news and misinformation, as long as we’ve had news,” explains Nick Adams director of Public Editor, a non-profit news-vetting service from U.C. Berkeley that will soon annotate the accuracy of the news as you read it. “What’s new, is that we have two billion amateur publishers in the world. Anyone can read something, think it’s right, and share it with their friends and family in seconds. Because our friends and family trust us, that lends credibility to it.”

Before the explosion of the Internet and social media, only experts like newspaper editors, magazine editors, TV producers, and radio professionals had the power to widely disseminate information. Today a teenager with a Twitter account can have a readership that exceeds that what a local paper had a few years ago.

Today, the problem of stopping fake news doesn’t rest with a skilled editor, it comes down to us. This isn’t easy. Newspaper editors spent years learning those skills.

To make matter worse, we can’t always trust ourselves.

The Problem of Bias

When you believe an idea – maybe because the idea was spread by someone you trust – you will seek out information that supports that idea and reject information that disagrees with it. This is called “confirmation bias” and it’s one reason propaganda and disinformation are so effective. It is difficult to undo the spread of ideas.

You have probably witnessed this in social media when you’ve tried to convince someone who’s been misinformed to stop believing bad information. They fight hard to defend it. That’s why it’s so important to stop spreading false ideas.

Let’s say you share hastily something on Facebook because it upset you and you felt people needed to know about it. Your Nana reads it and believes it because she trusts you. Shortly afterwards, you realize it was fake and say, “Oops.” You forget to tell your Nana, though. Months go by. (The longer a person believes something, the harder it is for them to stop believing it.) And you go see your Nana and realize that she still believes this false fact. It has changed the way she votes or eats or seeks medical information and you can’t talk her out of it. Every idea that disagrees with the one she believes, she dismisses. Every idea that supports it, no matter how suspect, she embraces. This is confirmation bias at work.

The Many Forms of Fake

Fake news takes many forms. It’s important to know the difference if you are going to be any good at spotting it. “Among people who study this space, fake news is completely fabricated content that comes from, say, Macedonian or Russian troll farms,” says Adams. Fake news is created so that it looks like news. Often, the publications disseminating the news are created with the sole intent of spreading an idea that destroys a candidate, idea, government, or concept. But the news is entirely made up.

The New York Times, Wall Street Journal, or NBC or other legitimate news outlets might exhibit bias, express opinion, or accidentally spread misinformation but they are not Fake News, not in the true sense of the word.

·       Propaganda is the spreading of information with the intention of supporting or injuring a cause, person, or institution.

·       Bias is the intentional slanting of facts to support an idea.

·       Opinion is not fact. It’s what someone believes. They could be right, wrong, or just opinionated.

·       Misinformation is the accidental spread of false information.

·       Deep Fakes are images or videos that have been altered to make you believe that someone said or did something they never said or did.

A recent example of a deep fake is a video of Nancy Pelosi that circulated widely and had been altered to make it appear that she was drunk. (She wasn’t. If you saw that video and are fighting the idea that this was a deep fake, you are – right now – experiencing confirmation bias.)

What Should You Do?

There are tools in the works, hopefully, that will find a way to help us trust our information feeds. (Bookmark Public Editor, which should launch in the next few weeks.) Meanwhile, we have to educate ourselves and, as The New Literacy Project puts it, practice good information hygiene.

Before you go to Facebook, Twitter, Instagram, or the social media site of your choice, stop by the News Literacy Project and learn to sanitize the information you find there. You can take some quick Webinars, read some tips on spotting deep fakes, learn how to successfully explain to someone that something they believe a falsehood, or learn how to spot a conspiracy theory. Then take some online quizzes to test your news literacy.

In short, you have to check your sources before you spread their information. Has Snopes Fact Check debunked this already? Did someone else in the thread you’re reading already explain that this is false? Google it. Are there any credible sources reporting it? Can you find three of those? You wouldn’t touch your face without washing your hands, right now, would you? Don’t share information without washing it first.