All around the country, icy, wet weather is hitting hard, and our gadgets? They’re scared to death. Unless you have a waterproof device, water and electronics just don’t mix. If your smartphone, wireless earbuds, or any other device ends up in a pile of sloppy snow or puddle, panic mode sets in. There are ways to rescue it, but you have to act fast and know what to do. (Hint: rice is not the answer anymore.)

For starters, immediately shut off your device. Allowing power to flow through it only heightens the chances that the moisture inside will cause serious damage. Never plug in your phone to a wall outlet or attempt to use any accessories until you know for certain that your phone is completely dry. Doing so could not only damage the device, but potentially ruin your charging cable or dock as well. 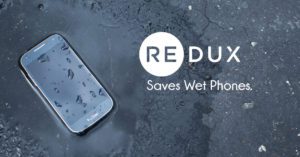 It was just a matter of time before someone invented a machine that could dry out a phone faster than anything else, and the Redux does just that. It’s a vacuum-sealed chamber that actually speeds up the rate at which the water in your phone turns into vapor. Reducing the air pressure dramatically lowers the boiling point of water, and once the pressure gets low enough, the water in your phone becomes air and gets sucked right out. The entire process takes about an hour, and you only pay the full price for the service if your phone comes out of the chamber in working order.

Redux offers its service at hundreds of different wireless carrier outlets across the United States, and you can quickly find your nearest location by heading to their website. The service costs $90 if it manages to revive your device — the company says it’s success rate is around 80% — but if the procedure can’t save it, you’ll only pay $10 for the attempt. It’s not cheap, but an entirely new smartphone is a whole lot more expensive, so if you don’t want to take your chances it’s your best bet. 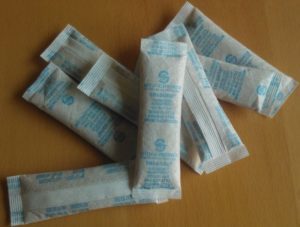 You know those little white packets you find in your shoeboxes and many other retail boxes that says “Do not eat” on the side? That’s desiccant, a dried gel that is really really good at sucking up moisture in the air. If you happen to have a few of them lying around, tossing your gadget into an airtight bag with a handful of this handy little packets will do a good job of drying it out faster than evaporation. Saving them ahead of time is a great idea, but if you want to keep some on hand for just such an emergency you can pick them up for extremely cheap via Amazon. It’s far from a guarantee, but it’s a whole lot better than a bowl of rice. 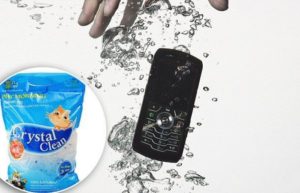 No, not that messy, dusty clay stuff. The popular “crystal” style of kitty litter is actually made of the same stuff used in many moisture removal products, and it can totally save your smartphone in a pinch. The crystals are actually made up of dried silica gel, and it’ll suck up every bit of moisture in any gadget you cover with it. In fact, Gazelle — yep, the company that recycles thousands of smartphones every year — found that silica gel cat litter is the best home remedy for a wet gadget.

Have you successfully saved your own wet gadgets? Be sure to share your stories, photos and videos with us on social media or in the comments section here on the site.