Have you noticed an uptick in those super annoying robocalls, telemarketers, and scams hitting up your smartphone or landline all hours of the day and night? I have, and it’s driving me nuts.

Last month, I had a bogus call to lower my electricity bill. A few weeks ago, it was a pause after I said hello, then a woman saying, “Oh, I’m sorry, I’m adjusting my headset,” before launching into a sales pitch of some sort. And then there’s the daily deluge of numbers that look legit — maybe a doctor’s appointment reminder or my daughter’s school calling — only to end up being an obvious scam. “This is George Michael,” says a male caller with a heavy accent, “calling from your online pharmacy with your diet medication.” Talk about adding insult to injury.

According to the FCC, there are nearly 2.5 billion robocalls made to smartphones every month. That’s an average of 7.6 calls per person. Complaints about these calls are up more than 50% from last year, confirms the FTC.

At best, the calls are frustrating. At worst, they’re robbing us blind. So, what can we do about it once and for all?

Here are the tops tips from the experts:

#1 Google your own phone number

Let’s start with a little self-education. How the heck are these criminal-callers getting our cell numbers in the first place?

Sometimes, it’s just random luck. Auto-dialers blow through millions of numbers until they land on one that gets a human on the other end. But the bigger problem? Most of us are giving up our phone numbers and not even realizing it.

The Better Business Bureau recommends Googling your own smartphone and home phone numbers. Do it. I’ll wait.

Were they there? Mine were. They might not be alongside your name, but chances are they’re there, collected by a “people search” company like Nuwber that aggregates information from “White Pages listings, Public Records and Social Network Information.” Thanks to modern technology, these lists are now easy for cyber scammers to scrape as well.

#2 Add your name to the Do Not Call registry

If you haven’t already, add your phone numbers to the National Do Not Call list. I just went there to verify that I’m on the list and sure enough, I’ve been registered since February 2006. So much for that. Obviously, it doesn’t fix the issue all the way around, but it does help keep legitimate companies from cold-calling you. Sadly for us, the bad-guys have easy workarounds (like #1).

If you’re already on the Do Not Call Registry and still get hit-up, report the calls to the FTC, which compiles the reports and hands out the fines. You can also block them right from your landline, smartphone and block any spammy texts too.

On iPhones, tap the green phone icon on your home screen, select the “Recents” tab on the bottom of the screen, then tap the blue “i” information icon next to the phone number you want to block. A screen pops up with a bunch of options and at the very bottom you’ll find “Block This Caller.” Tap it and then when the verification screen appears, confirm your decision.

On most Androids, there are two easy ways to block numbers. If you’re on the standard version of Android 6.0 you can go into your call log and long-press on the number you want to block, then select “Block number” from the pop-up menu.

If you’re using a version of Android other than the stock version (or if you don’t know which version you’re using) you can select “Settings” and then “Call blocking,” then tap “Add number” and type in the number you want to block.

On landlines: there’s a function called anonymous call rejection. To enable it, just pick up your phone and press “*77.” You should hear three short beeps to let you know it’s activated, and then you can hang up. After that, all calls that come in as Anonymous, Private (a favorite of robocallers), or Blocked won’t get through. You can turn the feature off whenever you want by pressing “*87.” Virtually every phone company has this feature built right into your service, and it’s just sitting there waiting for you.

#3 Bring in the big guns

There are a handful of apps that promise enough anti-spam ammo to stop annoying calls for good. They all require a bit of set-up, but the toughest part of that so far for me has just been remembering my AT&T password. (You’ll need the provider password for some of them.) 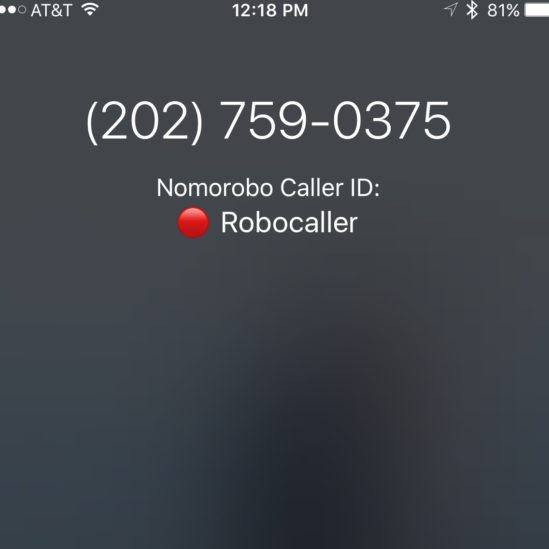 Nomorobo: This is my best of these apps I’ve reviewed to date — so it’s no surprise that it won a competition by the FTC. After you download the app onto your device, you can sign up for a free trial for 30-days, or commit right away to either $1.99 per month or $19.99 per year. (If you don’t remember to cancel your sign-up, you’ll be auto-billed.)

When a sketchy telemarketer hits up your phone number, your call screen shows a big red dot and a note that says “Robocaller” so you know to avoid it. There’s even an option in the app to block these calls automatically, before they even reach your smartphone screen.

Nomorobo swears it doesn’t block legitimate calls from pharmacies, schools, or other important institutions — because it “analyzes millions of calls made to hundreds of thousands of phone lines every single day.” While it doesn’t want to say much more about its secret sauce than that, I’m using it and it seems to be working well.

It’s also great for blocking bad callers on your home phone too and it’s free on a landline. The catch is that it only works with VoIP phone service, so if you get your phone through an internet or cable provider like Charter, AT&T U-Verse, Verizon Fios, Comcast Xfinity, Vonage, or several others, you’re good to go. It does not work however, on traditional “analog copper” phone lines. If you’re not sure what you have, call your phone company.

Truecaller – This app reports that it’s collected more than 3-billion phone numbers and relies on information from users to filter out the scams. When the app identifies a specific phone number as a scam, it lets you know with an alert on the call screen. The website says it gets its information from a central database that is constantly being updated with new phone numbers.

Set up is like Nomorobo. Just download the app and follow the prompts. I like that you get link it to Facebook to auto-fill and there’s an animated screen that shows you the entire set-up process. It doesn’t get much easier than that.

There are several pricing options, but you end up paying about $1.50 per month for the full suite of features. Because Truecaller queries a central database for information on each number, the app requires a data connection to identify new callers, so keep that in mind if you often find yourself in places without 3G or 4G available.

I posted a message on this topic in my Facebook feed, and dozens of people chimed in. Other people have good things to say about similar apps such as PrivacyStar, Mr. Number, Hiya, and YouMail.

As rudimentary as it seems, one the most effective deterrents for ending unwanted calls is good old fashioned call screening.

“If no one ever picked up the phone when it rang, Robocalls would stop,” says Alex Quilici, CEO of YouMail, a visual voicemail and robocall blocking service. “If I’m going to scam you to buy a fake cruise or install fake virus software, I need you to answer the phone so that I can pitch you.”

Quilici said he turned his landline ringer off altogether, and routes calls through an answering machine with caller ID. If the caller doesn’t leave a message, he doesn’t worry about it. If they do, he says he can still grab the phone while they’re talking, or call them back. “These aren’t perfect solutions, it’s like bringing back the 80’s and 90’s, but it goes a long way to solve the problem.”

When I spoke with the Better Business Bureau and the FTC, both had the same message: The scammers will only keep using scummy tactics if people keep falling for them. Their advice:

Because robocalling is now so incredibly cheap and easy to do, every time someone willingly hands over their credit card number for a sketchy time-share or signs up for a potentially fraudulent “low interest rate” program, they’re funding hundreds of thousands of more robocalls. All it takes is one out of every 100,000 robocalls “to work” to remain profitable. 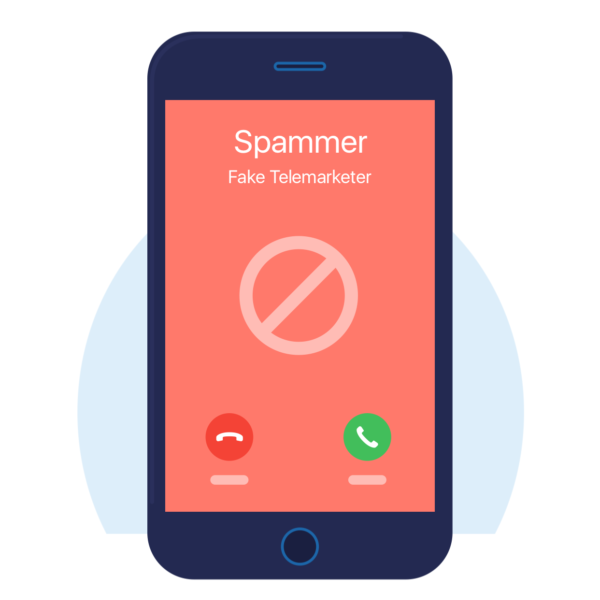