Feeling lonely or isolated? This tech gives you an instant connection 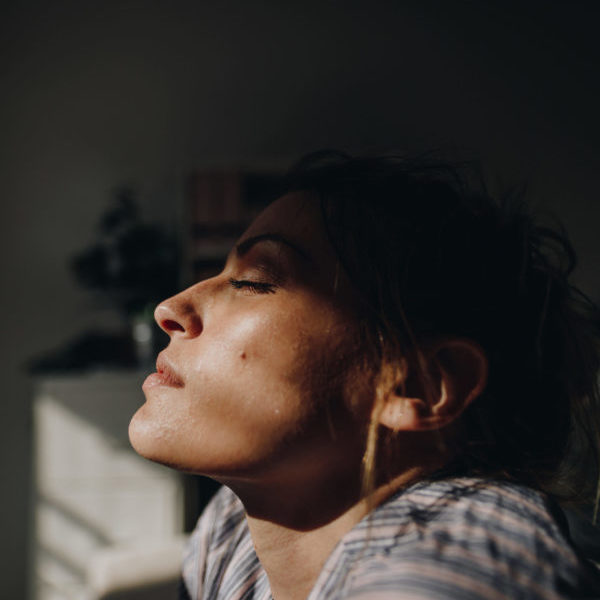 In the movies, living in the midst of a pandemic means dodging zombies or hiding out in an underground bunker. Here in the real world, it’s been a little different — for most of us at least. Sure, some of the super-rich jetted off to swanky doomsday shelters, complete with underground swimming pools, rock climbing walls, and wine tasting rooms. The rest of us? Well, we ate too many carbs, drank too many quarantini’s, and tried to remember to put on pants before video calls.

As the country eases back into life outside our own homes, daily routines remain a shadow of what they once were. Travel to exotic locales? Ha. But if we’ve learned anything these past few months, it’s that we’re pretty darn resilient — and resourceful — and more time at home doesn’t have to mean more boredom or isolation.

If you’re alone a lot — or just need a change of pace — there are more new ways than ever to fill the void, beyond the video calls or multiplayer gaming. The trick is knowing where to look for satisfying and safe ways to pass the time and interact with real people. Here are several top options, depending on how you’re feeling.

Mood: ‘I wish I were somewhere else’

How about a virtual trip to … well … anywhere?

Explore.org is absolutely magical. It takes you front and center to remote places around the globe via live cameras. From perching next to an owl’s nest in Montana to hunkering down near an elephant-filled wildlife watering hole in Kenya, the awe and wonder are real. If you want to share the moment with others, click on the “Pop Comments” button and text chat to your heart’s content.

Smithsonian Magazine’s virtual travel page is another great destination. They’ve compiled an array of online experiences, digital exhibits, and vivid stories to transport you to far-off lands. One page takes you straight to nearly 70 cultural, historical, and scientific collections that you can explore online. If you want to revel in this armchair inspiration at a safe social distance with others, the Smithsonian Channel also hosts a live “watch party” on their Facebook page every Tuesday and Thursday at 4 p.m. EST.

Add a VR headset to the experience – like the HTC Vive, Oculus Rift, Quest, or Go, or Google Cardboard – for an even more mind-blowing immersive adventure. It’s also easy to find hundreds more incredible virtual tours on YouTube that offer 360-degree views of some of the most iconic landmarks on the planet too. Google’s own Hidden Worlds of the National Parks is a guided tour of places that you’d never get to see on foot. You can watch it in your web browser, but it’s even better when paired with a VR headset.

There should be a TV Guide for Livestreams – because there are an incredible amount of worthwhile watches coming up – but they can be tough to find. A few to earmark on your calendar include:

June 21: Take part in the epic summer solstice at Stonehenge via the English Heritage Facebook page. They’ll broadcast the sunset on June 20 at 9:26 p.m. British Summer Time and sunrise on June 21 at 4:52 a.m. BST for at least 30 minutes before sunrise and sunset.

June 25-28:  Rock out with the Electric Blockaloo event and more than 300 artists including Bedouin, Jauz, Justin Martin Nicole Moudaber, Getter, Gryffin, Tokimonsta, Walker & Royce and many more, all hosting stages built inside the game Minecraft. The event is 18+, and those interested need to get on artists’ guest lists to get a link before the event.

For more like these, Billboard Magazine posts a weekly roundup of the best shows and musical events to stream from the comfort of your home. A site called Quaranstream crowdsources streaming music from all around the world and has upcoming jam sessions currently listed through mid-June. A free app called Bandsintown (iOS, Android) also lets you stay connected with your favorite local musicians through live, intimate sets streamed directly from their home to yours.

For something totally different and fun, a simple online game called GeoGuessr is another way to see the world without leaving home. It’s a relaxing browser game with a really cool hook: It sticks you on a random point on the planet using Google Maps’ Street View and it’s up to you to figure out where you are. You can travel down roads and explore towns and then try to guess where you are on a big map of the world. The closer your guess, the more points you score, and you’re competing against players from all over the world.

Mood: ‘I want to connect’

We already know about Facebook Messenger, Zoom, and Google Hangouts as a way to connect with family and friends over video chat, but what about when you need more support, compassion, and connection … right now?

Apps HearMe, Wisdo, and Lyf (iOS and Android) hook you up with a person, or group of people, ready to lend a sympathetic ear and help you talk things through. HearMe lets you chat via anonymous text with a stranger within a minute or two of logging in. Lyf is similar but lets you connect with – and follow – hundreds of other people using the app. It’s similar to a social network, but anonymous and based totally on helping each other. Wisdo hooks you up with support groups, and can also connect you with a trained coach for one-on-one private sessions or moderated discussions with Wisdo mentors.

For something totally different, take a look at Human.Online. It’s a one-of-a-kind website that asks you to share a single minute with a stranger. You log in, enter the queue, and get matched with a random person you’ve never met before… but there are rules. You have just one minute, and you’re not allowed to speak. It sounds crazy, but by spending a minute just staring at another person, knowing they’re looking right back at you, it reminds you that you’re human, and you’re not alone. Sharing a smile with a stranger can be a powerful experience.

Mood: ‘I want to better myself’

There’s no shortage of hobbies or new skills you could tackle, but some make a lot more sense than others, especially if you don’t want to leave the house.

If you still want to interact with other people, check out an online group course like Tracker’s Spark online adult “summer camp.” Right now, each two-hour webinar costs $30 and puts you in a small group with other people learning all kinds of really cool outdoor survival skills.

If you want to do anything else, from learning magic tricks to cooking pasta with an 84-year-old Italian grandmother, Airbnb Online Experiences has a class for you. Sign up solo and you’ll get put into a class with other people from around the globe, or you can sign up with your own prearranged group. I recently tried the $20 “Secrets of Magic” class with Martin, a Guinness World Record-holding magician based in Berkhamsted, U.K. I learned a few great tricks myself using everyday objects like rings, candy, and even fire. Yes, fire. The class is an hour and a half long, with availability open through the end of June.

Of course there’s no shortage of how-to-do-everything – from painting like Bob Ross to driving a stick shift – by watching YouTube videos. That’s how construction company CEO James Vin Zant says he learned to play the guitar during the past few weeks, “I spent a couple hours every day (with a few) YouTube channels. It was super painful and awkward for the first month and half. Not so bad now. I can play for half the day without too much trouble. It’s perfect for de-stressing!”

But if you want to learn from the very best, invest in a $15 MasterClass membership, like financial advisor Paul Hanson did. “With the gas money saved by not driving anywhere, I got a MasterClass membership. My 15-year old son has watched the poker series, my 12-year-old daughter has watched the ballet lessons, and I’ve watched the negotiation series and started one of the cooking lessons,” he wrote to me on Facebook. “My wife was all gung-ho to watch the Presidential history lessons, but I don’t think she’s seen them yet.”

Mood: ‘I just need to relax’

Feeling stressed? Two of the biggest changes you can make to your daily routine to bring a bit of relaxation and mindfulness to your life are adding yoga and meditation. Yoga has proven stress-fighting benefits and, depending on what type of yoga you’re doing, it can be a great workout as well. Yoga with Adriene is an incredibly popular YouTube channel with more than 7.5 million subscribers, and it’s packed with yoga routines for everyone from beginners to seasoned vets, and it’s all free.

Getting started with meditation is just as easy, with apps like Calm and Headspace that ease you into the practice with simple instruction and tips that anyone can follow. Both apps are packed with extras like mediation courses tailored to combating anxiety, self-doubt, and boredom.