Amazon Sidewalk shares your Internet connection with neighbors. Here’s how to turn it off. 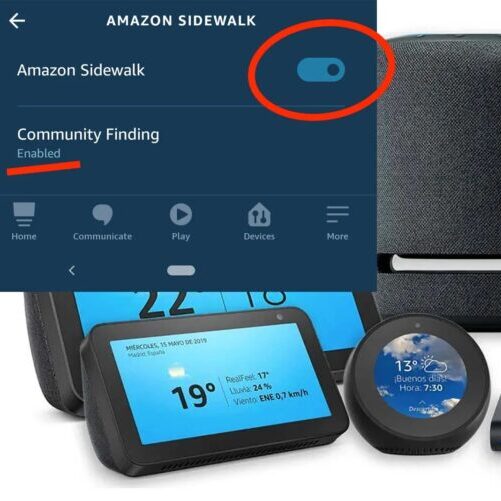 Amazon is using our Ring doorbells and Echo smart speakers, among other smart home devices, to make a new kind of wireless network called Sidewalk. It automatically shares a slice of your home network with your neighbors’ devices, unless you OPT out of that function. Not everyone loves that idea. Nor do “all the people” like the idea of Amazon opting everyone “in.”

On Tuesday, June 8th, Amazon switched Sidewalk on — for everyone.

If you don’t love the idea of sharing your personal WiFi with everyone else around you, you have to opt-out of this new feature. We show you how below. But first, why, what, and WTF? 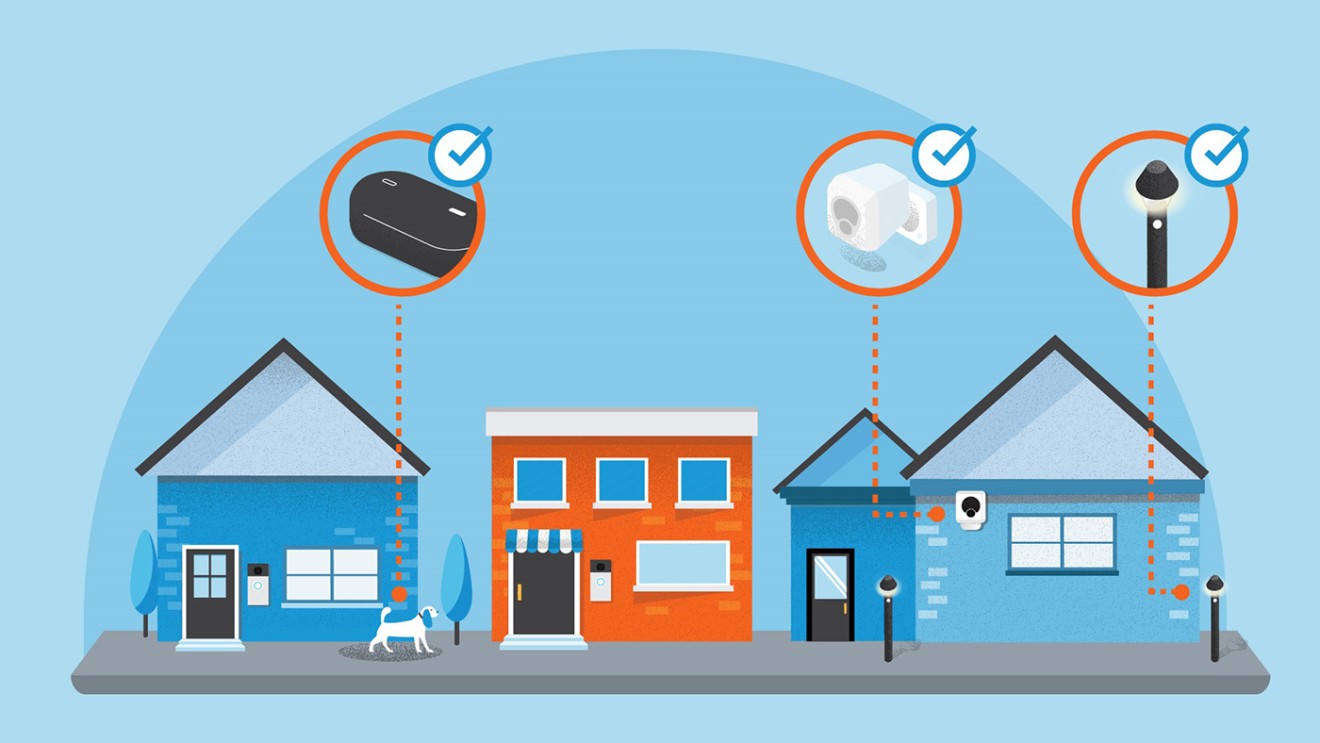 Here’s what it does:

Sidewalk is a low-power, low-bandwidth, short-reach network that Amazon says will help things like Ring doorbells and smart lights stay connected during power and Internet outages. Amazon also says it will help gadgets work better when they are at the edge of — or outside — our own WiFi connections. Sidewalk is like the whole city version of that eero or TPLink mesh network you might have to get better WiFi in every nook and cranny of your house.

The way Sidewalk works? If everyone uses it, the network gets a little stronger but it’s still low bandwidth, with a data cap of 500MB a month. In other words, Amazon says it shouldn’t impact your personal WiFi use at all (and if it does, why aren’t they paying us for it?)

So, say you stuck a Tile tracker to your cat. As Kitty runs around the neighborhood terrorizing the bird population, you could follow her progress seamlessly as her Tile connects to other Amazon-network devices in the neighborhood. Or, if you have a device out in the yard or garage that loses its wireless connection when it’s windy or foggy — or when your internet goes down — that camera could hop onto your neighbor’s network when it needs to so that you never lose your security camera. It is meant to give you a seamless, if small, connection — for free — to the Internet without the need for a cellular connection.

Here’s why Amazon says you need it:

Sidewalk is good for Amazon Alexa owners and their devices, according to Amazon, because it will keep our devices seamlessly connected. “Amazon Sidewalk is a new long-term effort to greatly extend the working range of low-bandwidth, low-power, smart lights, sensors, and other low-cost devices customers install at the edge of their home network,” the company says. Keeping those devices constantly connected will make sure they get timely security updates and do what you bought them for in the first place —without hiccups. It also helps keep devices like Tile and the dog tracker Fetch connected while they travel about the world.

Amazon also says it’s secure and that “multiple layers of encryption” provide privacy and security for your personal data.

Here’s why I’m opting out:

Maybe Sidewalk is a good thing, as Amazon says. But I just don’t like it that the company foisted it on me without asking. Most people will probably never notice that they signed up for this service when they put an Echo in their home. And that irks me, too. I don’t want to be part of Amazon’s experiment, thank you very much. And everything this new is, at some level, an experiment. At the moment, my Amazon trust is low. The way the company did this without asking did not help me feel more trusting.

Also, this is brand-new, connected technology and I like to see how that sort of thing pans out before I invite it into my kitchen and bedroom. But most of all, I like to make my own choices. So I’m opting out until I see where this goes, if there are any large-scale hacks, what the privacy policies end up looking like, and if there are any other problems with it. I can always opt-in again later if it’s everything Amazon says it will be.

“I don’t like the idea of being a node on an Amazon peer-to-peer network and enriching the richest man in the world with my bandwidth, my data, and my money.”

– Shelly Palmer, CEO at The Palmer Group, in USA Today

Here’s How to Opt Out

Fortunately, it’s simple enough to opt-out. It’s also easy to opt back in later if you want to: 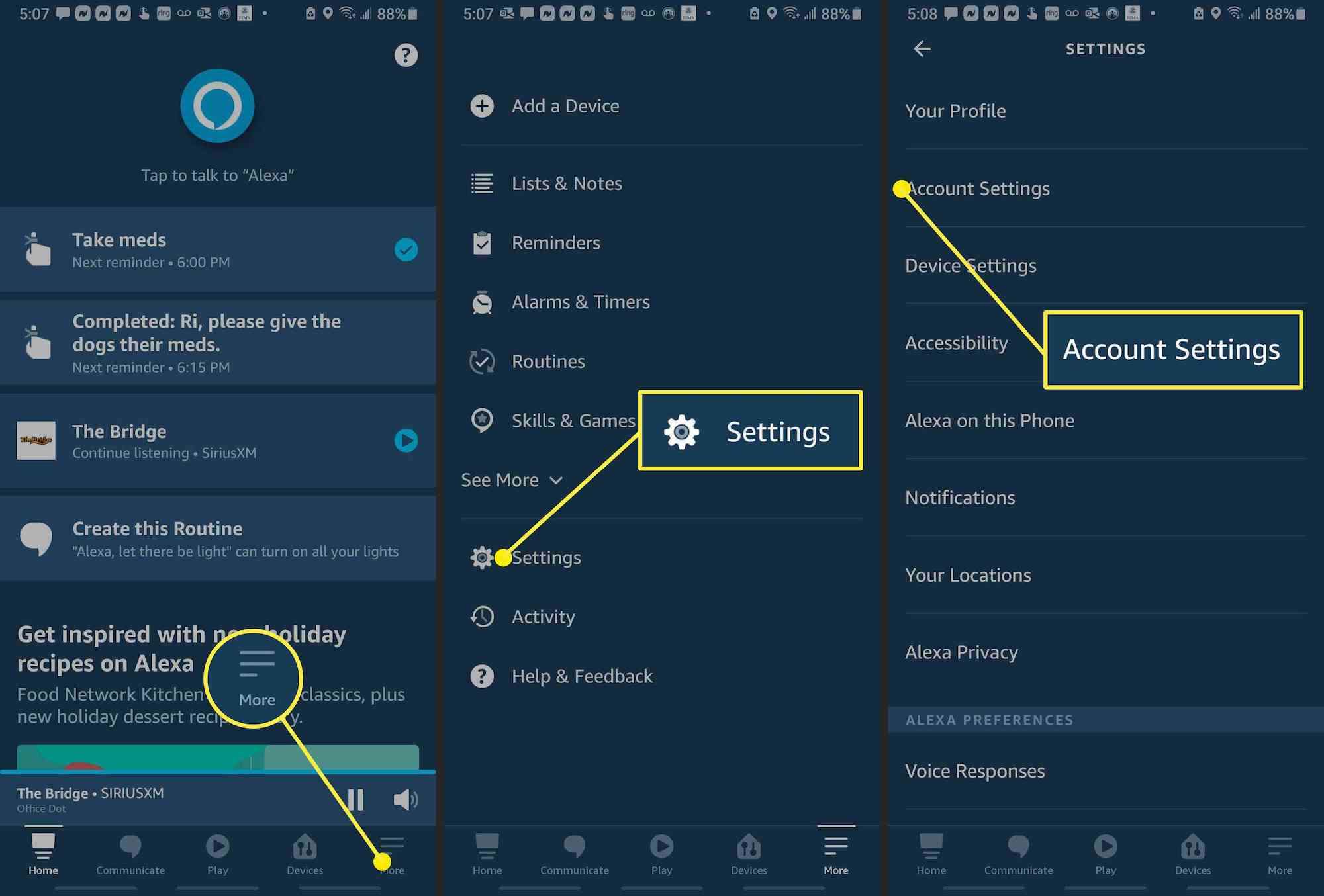 From your phone, open the Alexa app.
If you ever decide you are missing out and want in on Sidewalk, just come back here and tap that slider again to turn it back to Enabled.
What do you think about this? Be sure to join in the conversation with us on Facebook, Instagram, or Twitter!
— by Christina Wood and Jennifer Jolly
amazon Amazon Sidewalk how to turn Amazon Sidewalk off opt-in opt-out security