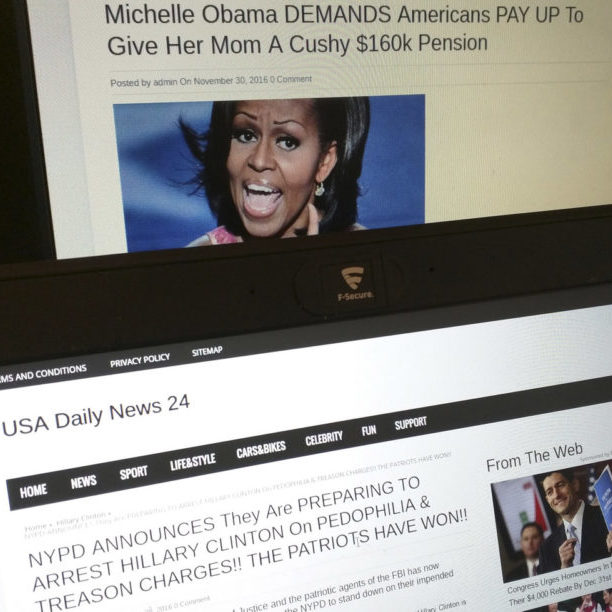 Towards the end of 2016 and well into this new year the big social networks like Facebook and Twitter have come under major scrutiny for failing to detect and police fake news stories. It’s a major problem, and completely unknown websites with zero credibility continue to craft their own narratives out of thin air, leading to some extremely serious situations such as the gunman who entered a Washington D.C. pizza shop because he believed children were being held captive inside it.

Facebook in particular has announced measures to monitor the spread of these false narratives, but you can also perform your own due diligence to help squash fake stories you see being shared by your friends and family. So, how do you know what’s fake and what’s real? There are a handful of quick and easy questions you can ask yourself to confirm your suspicions if you think you’ve spotted a story that doesn’t look quite right: 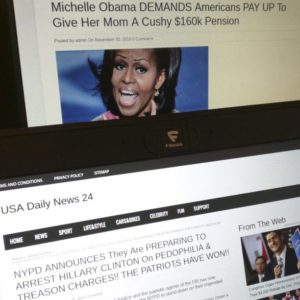 Bogus news sites — such as these stories from “USA Daily News 24,” — have been blamed for the spread of misinformation online.
Raphael Satter/AP

What site is it?

The “mainstream media” has gotten a lot of flak during the course of the 2016 Presidential election, primarily by one candidate who shot down much of the real fact-checking being done by news outlets. His claim, time and again, was that the major news networks were out to get him. The fact of the matter is, the big names in news got to where they are by being correct far more than they’re not, and despite what some politicians might like to pretend, if you see a story on CNN, NBC, the BBC, or one of the other big names, there’s a much better chance it’s been fact-checked, verified, and vetted than any story you find on someone’s Tumblr or no-name conspiracy site.

This is a fantastic test for any fake news story: Grab the author’s name and stick it in Google. If they have no record of reporting anything but highly-slanted stories there’s a great chance it’s either a made-up name or simply a troll trying to get clicks with crazy headlines. If the site posts all of its news stories under a general “Staff” byline, you should get out quick, because that’s a huge red flag, too. Oh, and even if the story’s author comes up as a respected journalist, go ahead and check their Twitter or Facebook accounts to see if they indeed write for the site you’re reading, because the sketchiest fake news sites sometimes steal the names of real journalists.

Most of the time, fake news sites won’t have any credible sourcing to go with their news stories. If there isn’t a link in the story to a site you recognize that verifies what the story is saying, or if the writer claims that they have “inside info,” it’s probably total bunk. And be wary of sites that simply link to their own stories when providing evidence, because if they lied once it’s probably a good bet they’re willing to do it again. Also, never trust sources that link back to other social sites like Tumblr or Reddit, because there’s no way of verifying what users on those sites have posted either.

Who else is reporting it?

No matter your political leanings, you probably believe that some of the major news sites just aren’t as trustworthy as others. It’s okay to be skeptical, but when it comes to verifying a news story, you should always check to see what other sites are also reporting it. If you see a story on a sketchy site and then see that same story on the front page of CNN you’re probably in the clear, but if the story isn’t being reported anywhere else there’s a good chance it’s false. News agencies are businesses, and even if a story doesn’t fit with what you believe their political motives are, the big outlets will almost always report anything of relevance regardless of who it helps or harms.

When in doubt, Snopes.

The internet can be a haven for people peddling fake news, but it’s also filled with people who are working hard to debunk those stories. Sites like Snopes keep a running tally of all the fake news stories they spot, regardless of outlet, political slant, or author. You can search by keyword or even the URL of the story you’re trying to verify and Snopes will tell you if it’s true or false, and provide ample evidence either way. Other sites that provide the service are FactCheck.org and Politifact.